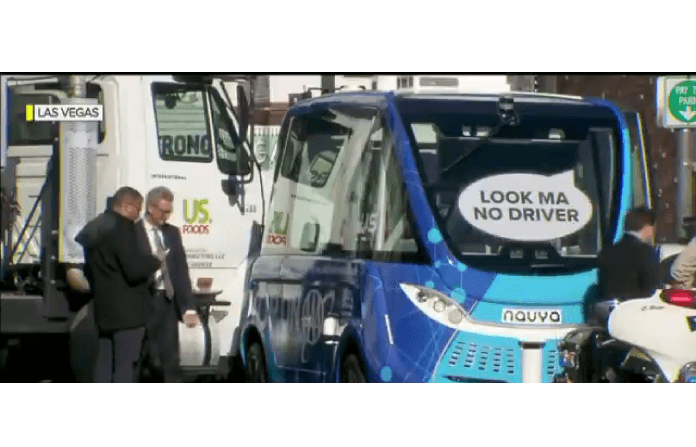 This Architecture from BMW, Intel and Mobileye Can Be Used By Other Carmakers for Self-Driving Cars

Self-driving cars have the ability to lower the car accidents and they will never second guess decisions, but are people ready to give up the control of their cars to automated technologies like Tesla's Autopilot?
Advertisement

We have all driven down the road on our way to work and thought to ourselves “ I wish this car could drive itself so I could get some extra sleep”. But what if it could? Would you really let it? Some studies have shown that most would not. A recent AAA study found that the majority of U.S. drivers seek autonomous technologies in their next vehicle but also says 75 percent of Americans are afraid to ride in fully self-driving cars even though autonomous vehicles may be safer, more efficient and more convenient than their human-driven counterparts.

Would you be able to give up that control for some extra sleep or to finish that paper before work or school?

Across the world nearly 1.3 million people die in automobile crashes every year – an average of 3,287 deaths a day. Almost 90 percent of those collisions are caused by human error. With smartphones on the rise, texting and driving has become the leading cause of death in teens and 26 percent of all car crashes in 2014 involved some form of cell phone use. Not to mention speeders, drunk drivers or weather conditions.

Automated vehicle technologies that assist the driver have the ability to dramatically lower these numbers, but the human aspect is still present. An automated car would never second guess its decision and will be more decisive than a human might be. Autonomous vehicles could also learn from the collective experience from other cars to avoid accidents.

The question remains if it could learn the habits of human drivers while still being completely autonomous. Could it counteract being cut off by a car driven by a human. Would all cars need to be completely autonomous to fully work and keep us safe? How would it keep from getting hit by a human diver? The more questions they solve the more questions get brought up but this technology continues to improve over time.

One good aspect of fully autonomous vehicles is the fact that it would bring self reliant transportation to people that would otherwise not have it. Senior citizens or people with disabilities would be able to travel without needing assistance. An unaccompanied minor could travel without the fear of a stranger being in the car with them. There are at least 5 ways self-driving cars can help people.

Automobiles with automated technologies that only assist the driver would not help those people. Some events may occur that would required them to take over to avoid an accident. In such an event the car would alert the human and after sufficient time if no one took over the car would pull over and stop. In this situation where a disabled person is behind the wheel that couldn't take over for the automated system.would end up stranded on the side of the road creating a stressful environment and more of a danger for them as well as other drivers.

However autonomous vehicles are not that far off. In fact, Ford's self-driving cars for employees will be a game-changer in 2018.

BMW has teamed up with Intel and Mobileye to bring us just that. The three companies have come together to make a scalable architecture that can be adopted by other car manufacturers to differentiate brands from individual modules to complete solutions to give the customer different experiences.

The trio is also thinking scalability and welcomes other companies to participate to the platform. By pooling resources this speeds up development and savings to complete the autonomous platform. By the time you read this they should have around 40 autonomous test vehicles on the road. This fleet of vehicles will test the joint technology under real traffic conditions. Our children's children may never have to drive again.

Can you relinquish control of your automobile, or is giving up that controle too frightening? In the end it's up to you. The consumer.

Jason wrote on December 31, 2017 - 3:55pm Permalink
The more complicated something is, the more opportunity there is for failure. How often do computers crash? Think of all the tiny components on a circuit board. Each component is needed for it to work properly. Each component has the possibility of failure. Each component is susceptible to things such as temperature, vibration, voltage etc. Then we have the software. All those lines of code, and it only takes a single part of one of those lines of code to cause problems for all of those other lines of code. Think about how reliable things such as the uconnect are (not very). Then think about having all that stuff wrapped up in a metal cage with you barreling down the highway at 60 or 70 miles per hour with 50 other cars just like yours in your immediate vicinity. No thanks.
Rich wrote on December 31, 2017 - 3:56pm Permalink
Take for example the muscle cars and the idea of self-driving cars. If this goes to that direction muscle cars will be a thing of the past soon. Enjoy them while you can and don't make them self driving.