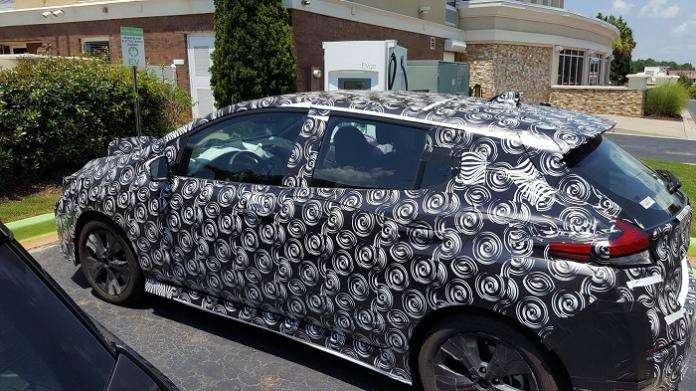 TorqueNews Was Right: Utility Companies Will Pay for Nissan Leaf and EVs

Two weeks ago when TorqueNews published a story predicting that Utility companies will pay for the 2017 Nissan Leaf and that could be a start of a new huge trend, few probably believed it. Now we have the second utility company offering its customers Huge discounts on Nissan Leaf. These people will by more electricity from the company eventually, instead of buying gas from gas stations.
Advertisement

American Electric Power of Ohio (AEP Ohio) offers its customers to save $10,000 dollars on all-electric 2017 Nissan Leaf. This is the second such announcement after a similar deal was announced two weeks ago by Salt River Project electric utility company of Arizona.

This is a 2017 Nissan Leaf Group Buy Deal

This is like Groupon for cars. What happens is that power utility companies negotiate a group buy deal with Nissan for their customers.They get a huge discount like 10,000 dollars and everyone benefits. Nissan benefits because it sells more cars. Leaf buyers benefit because the get a 2017 Nissan Leaf for the half price. The power utility companies benefit because they sell more electricity to their new Leaf owners. They will charge at home. Their electric bill will go up, but they will drive an EV, keep the environment cleaner and pay less than they would normally pay for gas.

According to the information available on SRP's website this special offer is available only from July 1st though July 31st of 2017, or while supplies last. The $10,000 incentive is offf MSRP. The tax, title, license and other options are not included in the offer. Nissan dealership sets the actual price for the car and this offer can't be combined with Nissan's current special rates or rebates.

If the deal is successfully both companies may extend their Nissan Leaf deals. I expect very soon more deals like these emerge from power utility companies. They do have an interest to sell more utility and EV owners will be their customers. They may even provide special deals for EV charging. I expect to see more deals like this not only with Nissan, but also with Tesla, especially as the Model 3 is such a huge success with EV enthusiasts with nearly half a million pre-orders.

Image by Calvin Grier who took several more rare images of the new 2018 Nissan Leaf in South Carolina, which you can see here.

Andres wrote on July 15, 2017 - 7:18am Permalink
I can't believe utility companies didn't get on this sooner. This is basically a new products for the companies that sell electricity, especially if the car manufacturer is offering the discount and it didn't really cost you anything!