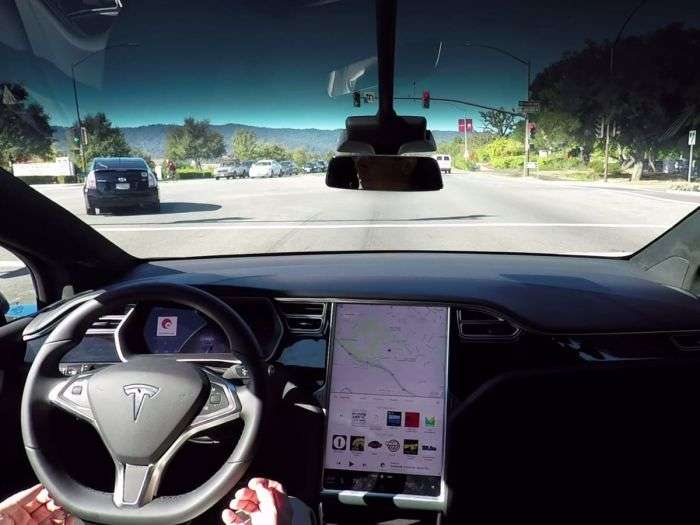 Tesla may soon have a button labeled "Request Update," which will possibly increment a counter in the Tesla's database. But we are not sure. Here is what CEO Elon Musk tweeted yesterday.
Advertisement

On April 4 Tesla Tidbits tweeted that they "have spent the last hour in Eevee poking around trying to find any more Tesla Easter Eggs, after Elon Musk's earlier tweet, as well as desperately (and likely futilely) trying to request a firmware update to get the new navigation. Unsuccessful on both fronts.

To this Elon Musk replied tweeting "We will add a feature to allow requests of latest software version."

This is something a lot of ardent Tesla fans would want. This could be a fantastic option to request the update to your Tesla as each day it would make your Tesla a better vehicle.

As a result you end up having a car that gets better the longer you own it.

Over-the-air updates are one of the reasons why Teslas will be remembered like iPhones. I mean, think about that. Your car just got better overnight by a single software update. You didn't have to do anything. That does not happen with any gas car. Just like iPhone, Tesla Model 3 is going to have us experience cars in a completely different way.

The option to request the latest software version will make a lot of Tesla owners happy. I just wonder how this will affect Tesla's batch deployments. Perhaps, if an update is already approved to be deployed to a specific vehicle then it will just allow it, perhaps once an hour, not to overwhelm the servers.

"A really simple server with a low power instance machine can easily handle the population of Tesla owners hitting the request button 50 times per hour. That's not hard at all. And if the average update is somewhere from 1Gb to 8Gb, that will be statically hosted at some endpoint like AWS S3 or whatever CDN Tesla uses. Those can handle a ridiculously high load. So yeah, press away. No way Tesla owners should be able to cause a significant load on it, should be a very simple service, writes a user named 1nonlycrazi in Reddit.

Tesla needs to have the appropriate security around its update mechanism. I know that there are lots of verifications done before any updates are installed. But I meant the security of the update mechanism: meaning, how sure can you be about what you are actually downloading from the CDN is actually the update from Tesla. And even if its from Tesla, how do you know it has not been modified.

However, where you download it from may not matter as long as your Tesla verifies that it's real before installing.

The requesting of an update, and delivering the update are very different things. Requesting the update should be a very simple process, and not very intensive at all. Either:

It would also be great if Tesla could do these updates to the apps too.

What do you think about this new feature? Share your thoughts in the comments section below, for discussion please.