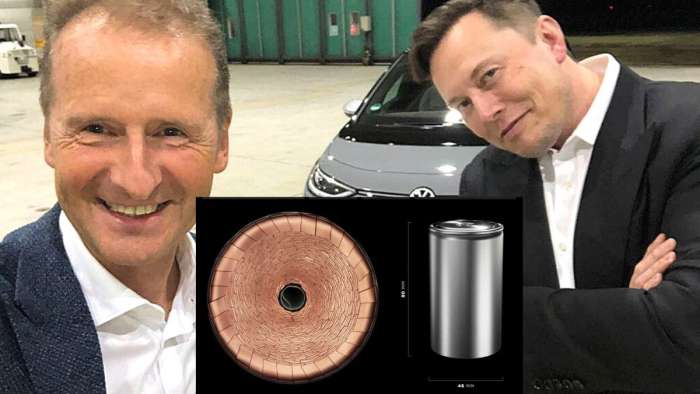 Tesla Leads in Batteries, But Cost Advantage Is Melting

Tesla is leading the electric vehicle market because of its technology and battery innovation, but now there are new players in the town and Volkswagen stands a decent chance of catching up soon.
Advertisement

The most important part of electric cars is the battery system. The integration and performance of the individual batteries determine how far, efficiently and at what cost models powered by electricity can drive. Analysts at the major Swiss bank UBS compared seven battery cells from leading manufacturers such as Volkswagen, General Motors, Toyota and BMW as well as electric car pioneer Tesla and their respective suppliers.

The established carmakers have so far limited their e-models to the assembly of supplied battery cells into battery packs. Industry leader Tesla, on the other hand, has been driving its own batteries for a long time with the support of technology partner Panasonic. However, the US manufacturer is now also purchasing cells from other suppliers in order to be able to meet the increasing demand for its products.

The UBS analysts came to the conclusion that Tesla is overall further ahead when it comes to electric car batteries. The lead is rated as manageable, as Tesla is also dependent on battery manufacturers such as Panasonic, CATL or LG Chem. Although Tesla would continue to lead with by and large the best drive technology - the cost advantage for battery cells is now low and depends on a planned completely own cell generation. However, after the new business figures published in October, the analysts added that Tesla was able to reduce battery costs again recently.

Tesla CEO Elon Musk is aware that Tesla needs to expand its leadership role in batteries. "We have to reduce the cost of batteries," he told investors in September. To do this, the company must especially optimize production. How this is supposed to succeed was demonstrated by Musk at “Battery Day” in September. He announced the prospect of significantly reducing costs over the next few years with new technologies and processes. The Tesla boss described the new 4680 battery cells that are more powerful, more durable and 50 percent cheaper than the previous batteries. 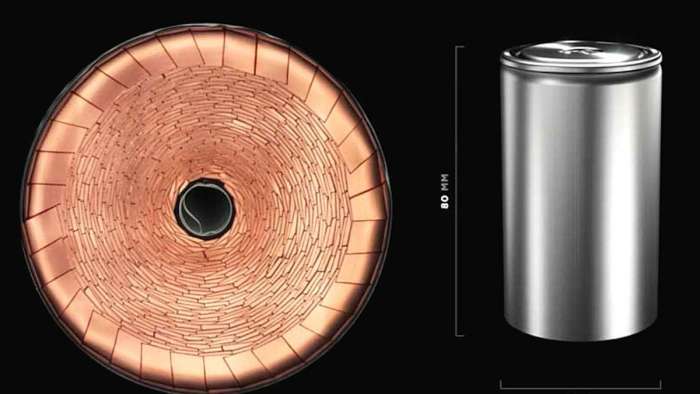 Further cost reductions are seen as the key to the success of and with electric cars. Since many of the drive components are simpler than in gasoline or diesel cars, manufacturers' margins depend on battery prices. In view of the fact that the cost of cells has fallen sharply in recent years and that the political framework conditions are increasingly favoring electric cars, it is necessary, according to UBS analysts, for manufacturers to rely fully on electric cars. A strategy that is only designed to meet the current CO2 requirements is likely to fail.

“Tesla is expected to remain the benchmark for costs and technology for several years to come,” the analysts predict. Close behind, Volkswagen will line up with group-wide e-mobility investments totaling 33 billion euros by 2024 - no other car manufacturer is investing as much in the alternative drive type. Like Tesla, Volkswagen wants to produce its own batteries in the future, and a first factory is currently being built in Salzgitter. In fact, VW was testing a super-battery since 2014.

Tesla may deliver record number of vehicles in 2020 in an extraordinary EOY push and a special FSD gift from Elon Musk.

Mark wrote on December 29, 2020 - 12:37pm Permalink
"India" is not working on sodium-ion batteries, one UK based company in India is. So far the bulk of research on this tech is in Japan with commercialization pushed by a number of companies in the EU and China.Not to rain on India's strong R&D base which will very likely produce tech breakthroughs in the future. As far as the battery tech on the whole, the idea that Tesla might always be in the lead on batteries is an unlikely one given the nature of competition and the historically gigantic economic opportunity it represents. At the moment, thousands of labs are working on a myriad of strategies. Many will fail but some will make astounding breakthroughs. That will enable the exponential adoption of EVs and grid storage that will power the epic shift to renewable and sustainable energy.