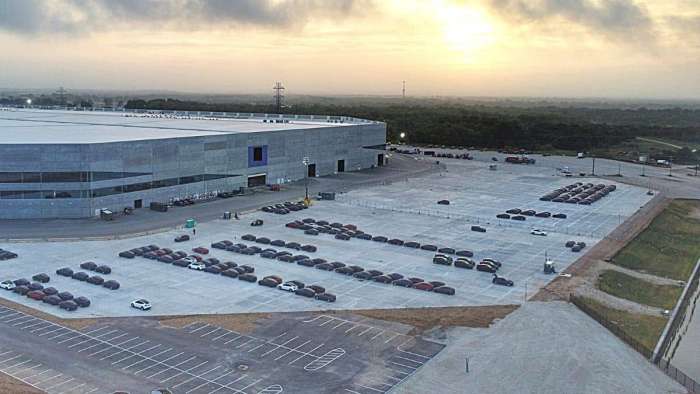 Let's see how the Model Y production ramp-up is proceeding at Tesla Giga Texas. We just got these new fresh images from Tesla Giga Texas, which may suggest that Tesla is delivering close to 100 Model Y electric vehicles daily.
Advertisement

Joe Tegtmeyer has shared these latest updates from Giga Texas.

Yesterday, he wrote on Twitter that "100 Model Y’s ready for transport today! very active site again today with many exciting changes and progress, so check out my YouTube video later today."

When asked if this is the same lineup of Model Y vehicles that has been building up over the past 3-4 days, Tegtmeyer said some are new and inventory changes daily. “But I don’t know the numbers,” he replied on Twitter.

Hopefully we soon get to see this amount of Model Y vehicles being transported out of Giga Texas every day.

We don’t know where they are delivering these Model Y vehicles.

What if they are employee 4680 versions?

When I posted this report at Torque News Youtube channel, a user named Scott, commented and said "I watch his videos every day and these cars have been sitting there for a while. They are not transporting very may cars that I have seen on his and others videos."

In the meantime, Tesla Giga Berlin is reaching the 1/3 target of its employee numbers.