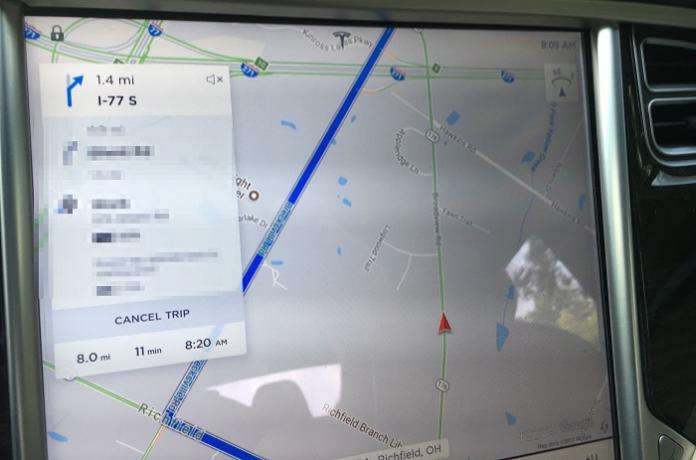 Tesla Either Improve Navigation or Let People Use Waze or Google

Hopefully Tesla prioritizes navigation updates before an auto-closing sunroof. This is not only my wish, but the subject of a big discussion on Reddit by Tesla Model S and Model X owners.
Advertisement

This picture was shown by a Tesla Model S 90D owner on Imgur, trying to make a point on how bad his navigation is working on his Model S. It appears that many Model S and Model X owners agree with him. Some call the navigation "awful," others call it "inaccurate."

From this image you can see that the Navigation in his Tesla Model S is telling him to go a really long way and making a 90 degree turn instead of simply taking the side road that goes diagonally that he's on. "The car pulls the visual maps from Google Maps so those are updated, but navigation (directions) is done using the on-board Navigon systems which are very outdated," notes one person in the discussion group.

One user writes that navigation on his Tesla is "pretty awful." He says he has to run Google Maps on his phone even though his car is a computer. Another Model S owner says he uses Waze "all the time since the Tesla navigation is so inaccurate. It can't even get ETA right."

"If only there was a way that they could let you get Waze and google maps and whatever you wanted on their display, freeing them up to work on things like building better cars and working on EAP and FSD," wrote another Model S owner. And this is a good point. Why can't Tesla let Model S, Model X and the upcoming Model 3 owners use third party maps and navigation services that they think work better than Tesla's own navigation system?

But apparently there is a way to do it. There is a website, which apparently you can use and the Telsa browser might allow you to use Waze. I haven't tried it, but it's called Tesla-waze.excelsis.com/. If anyone has tried and can confirm that it works, I would appreciate comments below this story letting TorqueNews readers know how it works.

How difficult would it be to simply have a google maps app run on the Tesla OS? Technically it's probably trivial, but I'm assuming it's more of a licensing or money issue, which Tesla can probably sort out with Google.

Also See: Which Navigation System to Use in Your Tesla Model S for Best Traffic Experience

Robert V wrote on August 22, 2017 - 1:18am Permalink
That particular Tesla/Waze site allows you to see Waze information on a map but doesn't do navigation.