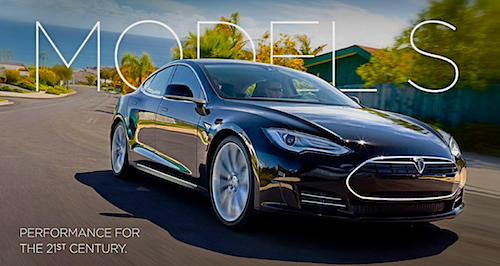 Electric cars introduce a complete fundamental paradigm shift not only with their electric drivetrain but also with software management. This is where the Open Source movement can have the most positive effect.
Advertisement

Linux, For Serious Systems. Linux, and other Unix systems power the world of the Internet. Routers, data centers mostly operate using either operating systems, OS. Since they were written with robustness in mind and with a kernel, the brain of the OS is removed from direct contact with other sub-systems. So is it any wonder that Tesla Motors chose Linux to power, or should we say manage its Model S?

Tesla is seriously pushing how an electric car should feel and behave like. With usability, technology and infotainment in mind, these features were key design points from the very beginning.

Batteries are still at the top of the list as far as the technical area that takes center stage for electric cars. Next is software and management, which is obviously very critical. Software management gives an electric car its smooth feel, fast accelerator pedal response and longer battery range. High torque is managed by the controller, which is also itself managed by software.

Most of the software in the Model S was written by Tesla Motors. That means all screens and displays inside the electric car are using a version of Linux that is open source. Since it is very robust and standard, it is perfect for the display and entertainment within the Model S. Tesla can save money and tweak the software to work exactly and specifically for what it needs to do. The controller and other more mechanical components don't use operating systems, per se but a lower level language, usually C also written in-house.

Tesla Motors, as other electric carmakers are finding the open source movement provides much freedom at a very affordable price to intelligently manage their electric cars. With engineers writing and programming the rest in the C programming language, they can actually build everything from scratch and adapt as needed.

As we move into the future, more and more open source software will find its way into electric cars. Yes, it requires a lot of programming and tweaking at first, but once it is set, nothing much needs to happen, save for the few occasional updates and upgrades. Linux and Unix will play a vital role in the future of electric cars and Tesla Motors’ use of Linux in their Model S is a perfect example of that.