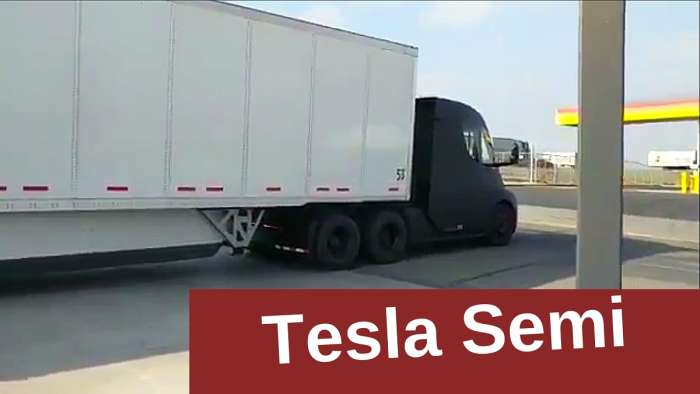 The Sooner Tesla Semi Comes The Better For Everyone, but Better Reduce The Battery Cost

In May 2019 Tesla completed the acquisition of Maxwell and took over the battery technology development. The question is will Tesla Semi and the pickup truck, which will need stronger batteries will have to weight until Tesla develops Maxwell batteries?
Advertisement

During Tesla’s 2019 shareholders meeting, the Tesla CEO Elon Musk made it clear that Tesla's new car unveiling is limited because of the battery production. He probably meant the Tesla Semi and the Tesla Pickup Truck. Naturally, these cars will need bigger and more powerful batteries that should store more capacity.

Here is what Musk said. "As we scale battery production to very high levels, we have to look further down the supply chain and we might get into the mining business… I don’t know. A little bit at least. We do whatever we have to to ensure we can scale at the fastest rate possible."

It makes sense. And the sooner they scale the battery production with Maxwell acquisition the sooner Tesla Semi and pickup truck will be made available for buyers.

Tesla has a lot to consider and to think about.

Electric car battery production is costly. Tesla needs to find ways to reduce the cost of EV battery production to make the Tesla Semi and Tesla Pickup affordable. So it's reasonable to think that both Tesla Semi and Tesla Pickup Truck are waiting for the lower cost batteries to be available. As a result these vehicles will be more affordable and will see at more comparable prices to their gas analogues.

Recently i spoke with a trucker friend and asked him what he thinks about the Tesla Semi and its price. New gas trucks begin at around $80,000 and run up to $150,000 or more. I thought he would not be pleased by Tesla Semi's 500 miles per charging range because new gas semi trucks get a non-stop range of more than 2,000 miles. But to my surprise, he was very pleased and said "true, I can't drive the Tesla Semi 2,000 miles non-stop, but I can charge it in half an hour at a truck stop, get some rest and save a lot of gas money."

Watch Tesla Semi backing up and getting ready to charge and click to subscribe to Torque News Youtube channel for daily Tesla and automotive industry news analysis.