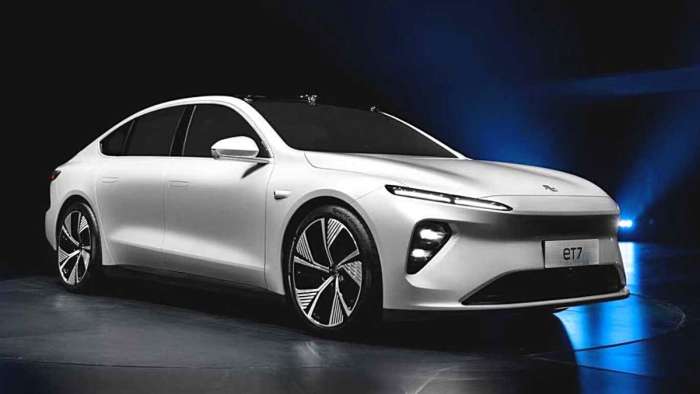 Today NIO unveiled it's ET7 EV sedan with a catchy design. In addition to the purely electric drive and 620 miles (1000km) of range, it is equipped for autonomous driving. The ET7 knows how to discreetly accommodate the sensors and necessary technology in the exterior.
Advertisement

NIO's “NIO Autonomous Driving (NAD)” brings the company's electric vehicles one step closer to Tesla. With the newly presented system, fully autonomous driving should become possible soon, as was reported at NIO Day 2020. For this, the start-up relies on NIO Aquila, which is the name for the first high-resolution camera (8 MP) that is installed in a vehicle. In comparison, Tesla uses a 1.2 MP camera.

The higher resolution and display enables the NIO ET7 to recognize objects and obstacles at a greater distance and to let the system react accordingly.

Together with Innovusion, “Ultralong Range High Resolution LiDAR” sensors have been developed that work in a field of view of 120°, up to 500 meters away and have significantly better vision than the human eye. Obstacles that the camera misses are detected by the sensor from NIO and Innovusion. A total of 11 8MP cameras, a 1,550nm LiDAR sensor, five mmWaveRad, 12 USS and two GPS / IMU as well as one V2X and one ADMS sensor are installed in the NIO ET7.

Some of the cameras can be found on the roof of the electric limousine - each in a "watchtower position" - to enable the largest possible field of vision. "Blind spots" are thus better avoided than with cameras that are installed on the vehicle's B-pillar (Tesla), for example. In addition, there is a centrally centered camera, which keeps the view to the front in view and, in total, contributes to the 120° field of view of the NIO system. 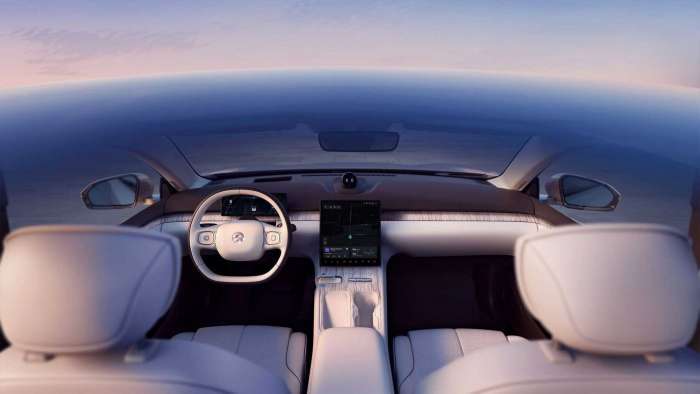 Up to eight gigabytes of data can be processed per second by the NIO Aquila system, as NIO indicated during NIO Day 2020. However, this is only possible because the ET7 is a computer on wheels. "Adam:" the NVIDIA supercomputer, plays a crucial role here. In the case of NIO, it is an "Ultrahigh Speed ​​Backbone Network," which allows the data collected from the vehicle to be processed. 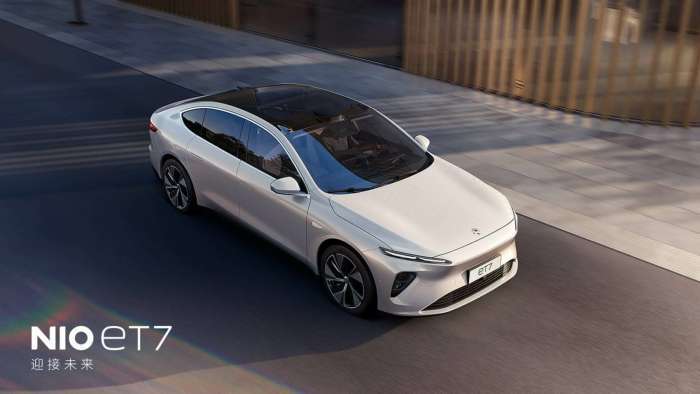 "Adam" is made up of four NVIDIA Drive Orin SoCs, 48 ​​A78 CPU cores, 256 3rd generation tensor cores as well as 8,096 CUDA cores and 68 trillion transistors. Or to put it another way: Adam has 1,016 TOPS (Total Operations per Second) or, to put it another way, a comparable performance of seven Tesla autopilot systems.