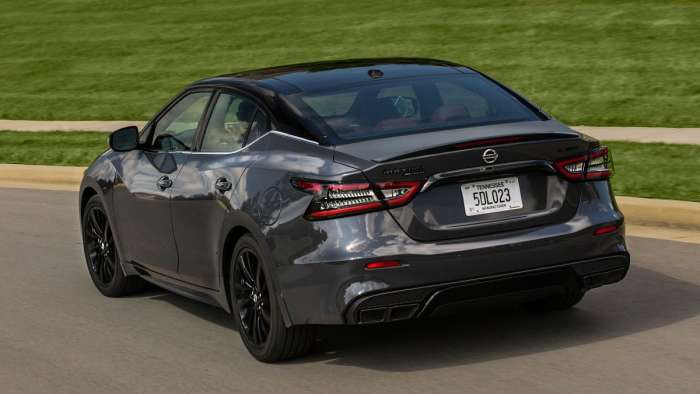 The Nine Additions of The 2021 Nissan Maxima's 40th Annniversary Edition

After 40 years of production of its Maxima model, the Japanese brand Nissan celebrates its birthday with the launch of the 2021 Maxima 40th Anniversary Edition model that has already gone on sale in the United States since the Fall of 2020.
Advertisement

The 2021 Nissan Maxima 40th Anniversary Edition is built on the Platinum trim level to which other features are added that improve its equipment both outside and inside the vehicle. The Nissan Maxima made its appearance in North America in 1981 and is now in its eighth generation. The Platinum Level 2021 Maxima is priced at $45,850 with all options included.

This new edition comes with some nine new features and changes. The change is not only the badging. On its press release Nissan says the 40th Anniversary Maxima adds:

So, as you see externally, the new 2021 Nissan Maxima 40th Anniversary Edition features a body painted in two tones in Ruby Slate Gray Pearl with a black roof, to this are added nameplates and badges that include the 40th Anniversary identification, as well as aluminum-alloy wheels in 19-inch on gloss black finished wheels and black exhaust tips. The dark theme encompasses the grille, the fog light frame, the rear view mirror housings and the rear diffuser species. 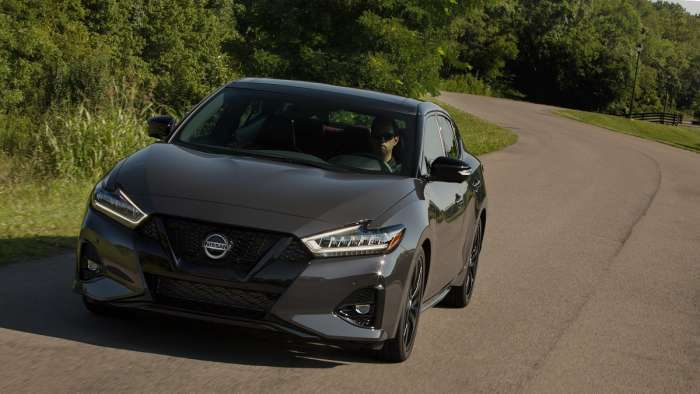 Inside, there are semi-aniline leather seats in deep red and black details, to which red stitching and Satin Dark Chrome trim on the dashboard and on the front door panels are added. The seats are engraved with the 40th Anniversary inscription and are heated and cooled. On the other hand, alluding to other Maxima models launched in previous years, this commemorative edition incorporates a silver white speedometer and tachometer.

Ride and interior dimensions are the same as the 2020 Nissan Maxima, which actually had also applied three new changes from the previous year. 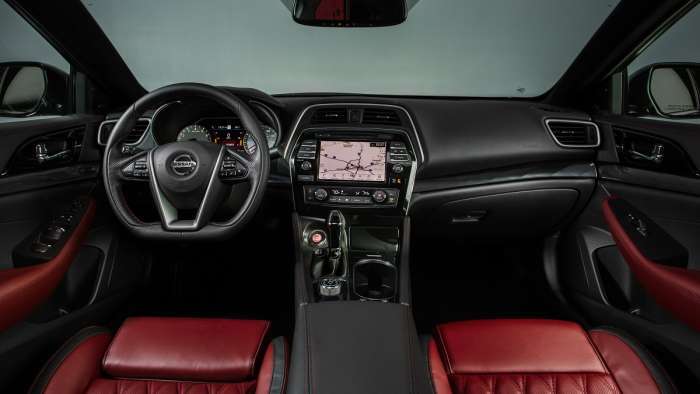 Maxima is the flagship of Nissan's sedan lineup, which include the Atima, Sentra and Versa. Maxima has been named the top vehicle in the Large Car segment of 2020 J.D. Power Initial Quality Study for the third consecutive year. Maxima also led J.D. Power's 2020 APEAL Study Large Car category, again for the third year in a row and 30 points ahead of the segment average. It has also achieved a 2020 Top Safety Pick rating from the Insurance Institute for Highway Safety for five straight years (2020 – 2016).

The Engine and Mechanics

On a mechanical level, the Nissan Maxima retains the same engine. Thus, under the hood it continues to be the 3.5-liter V6 block that delivers 300 hp of power at 6,400 rpm and 261 lb-ft of torque at 4,400 rpm. This engine is associated with a CVT type transmission that sends its power to the front wheels. Another detail is that the Maxima model can be purchased in the SV, SR and Platinum levels.

The Future of Nissan Maxima Will Probably Be Electric

Some people may wonder about the future of the Nissan Maxima. I think the next generation Maxima will be electric. Following the collection of unveilings at Nissan, including the new Rogue and the electric Ariya , the Maxima will also go through electrification.

Needless to say, the full-size sedan market isn't necessarily the most popular here. On the other hand, Nissan seems to have the firm intention of remaining in the segment with the Maxima . Due to the current trend in the automotive world, Nissan seems to believe that the survival of the sedan depends on electrification.

if you remember in 2019 at the Detroit Auto Show Nissan unveiled the IMs Concept. Based on the concept, the Maxima could get a 115-kilowatt-hour battery and boast 483 horsepower and an impressive 590 pound-feet of torque spread across both axles. Still depending on the concept, we hope for a range of more than 370 miles. Considering the fact that the current generation of the Maxima, launched in 2016, is starting to show signs of time, the new electric Maxima could very well be showing up before the end of 2022.

In the meantime, I think you will really like the read seats of the 2021 Nissan Maxima 40th Anniversary Edition. I was looking in social discussions to lean more people's opinions about this year's Maxima and the majority of them seemed to mention the red seats. They said read seats are becoming more and more popular these days in new cars. They definitely look great in the 2021 Maxima. Do you like them?

Tsingshan's Threat to Tesla: EV Maker Is In Battery Crosshairs
Tesla-Funded Research Reveals One of The Biggest Mysteries of EV Battery
END_OF_DOCUMENT_TOKEN_TO_BE_REPLACED