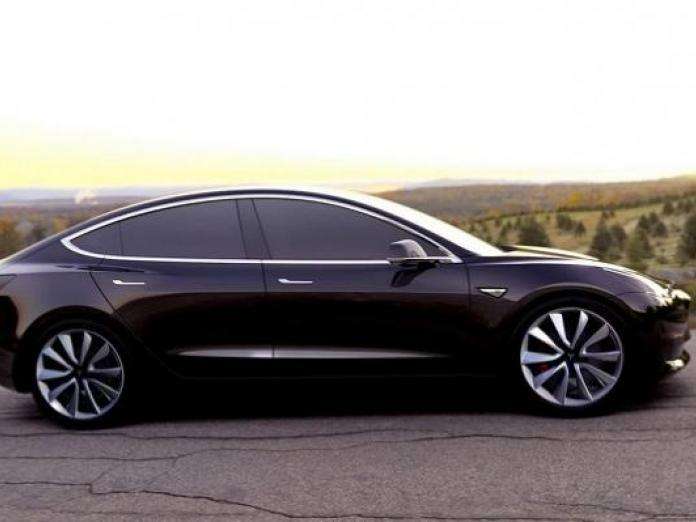 Tesla Model 3 is becoming so popular that it can possibly make the Model 3 as one of the top 3 best selling cars in the United States. But there is a challenge to that too.
Advertisement

Three days ago CleanTechnica published an interesting story titled, Will Tesla Model 3 Become Top-Selling Car In USA? #2? #3? #5? In that story the author Zachary Shahan argues that "if production does get to the level Elon says it will, in one year, we may be much more seriously considering whether the Model 3 could replace the Honda Civic, Toyota Corolla, or Toyota Camry for the bronze, silver, or gold medal in US passenger car sales."

So what could drive Tesla Model 3 to the top three best selling cars in the United States.

I was reading a discussion on this subject on Reddit and here are few interesting opinions. One Tesla enthusiast writes the following. "The thing that could (will!) drive Model 3 sales into the top 3 would be enthusiastic reviews from the hundreds of thousands who are now waiting to configure their car. Fanboys, like most of us, will go to online forums and check magazine reviews, but for the million plus people who currently buy the three top selling passenger cars each year hearing several of their friends/family rave about an affordable Tesla may be the key to short term electric car success."

These reviews are important because number of EV enthusiasts mention that certain magazines have ties to big oil companies and are sponsored by them. Most of their revenues come from those sponsorship.

The Challenge To Tesla Sales

What will happen after incentives disappears after 2018? "I think we all need to realize that after 2018, when the federal credit disappears, the entire Tesla market is going to soften significantly for a while," writes another Tesla enthusiast. Model S and Model 3 yes, but I raise a question: are the Model X sales driven by federal incentives? They are already expensive cars without the incentives.

"I don't believe this will happen. I love Tesla, but with the tax incentives running out and the other manufacturers bringing more EV cars in the coming years, people will listen to their wallets. The Model 3 will make the market more accessible, but $35-60K is far from "mass market." Tesla Model 3 needs to be marketed for what it is, an entry level luxury sedan," writes another enthusiast.

Also take into consideration that the top best-selling cars in the United States cost $17-24k new, not $35k like Tesla Model 3.

What Can Tesla Do?

Do you remember how Tesla built more affordable Model S versions making Model S more accessible to more people? Now, who knows, perhaps Tesla can also consider the same approach with Model 3. "I think Tesla will make a more affordable Model 3 with a 35 kW battery, around 150 mile range and under $30k," whites another EV advocate on Reddit. I think this could be a viable option, depending on how many people will drop or keep their Model 3 reservations.

J. L. Brown wrote on August 20, 2017 - 9:36am Permalink
The bigger 'long range' battery pack costs an additional US $9k for an additional 90 miles of range -- approximately a 50% capacity / range increase. At that pricing per kWh, Tesla is retailing the Model 3 50 kWh pack for US $18k, and the Model 3 'long range' 75kWh pack for US $27k. This works out to a retail price of approximately US $360 per kWh of pack capacity -- a number that we know is far above Tesla's production cost, which is less than US $130 per kWh. By lowering their margin on just the packs, Tesla could easily get the base Model 3 into the Honda Civic segment. It would very rapidly prove to be a Camry-killer. Imagine a world where Tesla has sufficient production capacity, and chooses to price the Model 3 packs at US $8k and US $12k -- representing a US $4k 'upgrade' for the long range pack. This would yield a base model priced at US $25k, and the extended range version at US $29. Tesla is currently positioned as a maker of 'premium cars', so it might face a little customer backlash for moving so far downmarket -- especially if they did so quickly. They would face another problem in that pricing of options at the 'premium' level are on par with the current Tesla offerings, but mid-market buyers will balk at paying an extra US $5k for the Enhanced Autopilot Package or similar offerings. Tesla will probably do something we have already seen them do -- fold in certain existing options as 'standard features' on the premium vehicles, while lowering the price of those options. This will preserve (or even upgrade) the 'premium' vehicles in their line-up, while allowing their high-margin options to be more palatable to mid-market shoppers. But there is little reason for Tesla to do so, right now. Tesla is consuming ferocious sums of money in order to grow; and it must grow at lightning speed, or perish. As long as they are production constrained, they are going to continue to need that revenue -- and, at the moment, the market has not supplied any forces compelling them to trim their prices. I predict that Tesla may lower pricing at least twice in 2018, both by modest amounts -- in 2018Q1 they may lower Model 3 pricing as their volume increases, reducing production-overhead-per-vehicle. This price drop will be done purely to encourage reservation holders to convert to confirmed orders. The second price drop may come at the end of 2018Q2 or the beginning of 2018Q3, as the federal tax credit steps down from US $7500 to US $3750 -- Tesla will announce a reduction (possibly for only a select group of early reservations) of up to US $3750 in the price of the base Model 3. This will be done purely to offset the loss of the credit. Expect Mr. Musk to sincerely communicate these cuts a few days ahead of time, to generate customer goodwill. The specific timing might be tactically calculated to help Tesla achieve a favorable stock position -- because Musk is no dummy. Tesla will have plenty of room to lower prices as the lethargic automakers respond over the next four or five years, but it would be silly to expect those price drops to happen too early, and it would be foolish for Tesla to pass up such much needed revenue.

LG's New EV Battery Plant Is a Welcome News for Tesla
Tesla Giga Berlin's New Hurdle: It's Not Only the Gov't, but Now Tesla Itself
END_OF_DOCUMENT_TOKEN_TO_BE_REPLACED