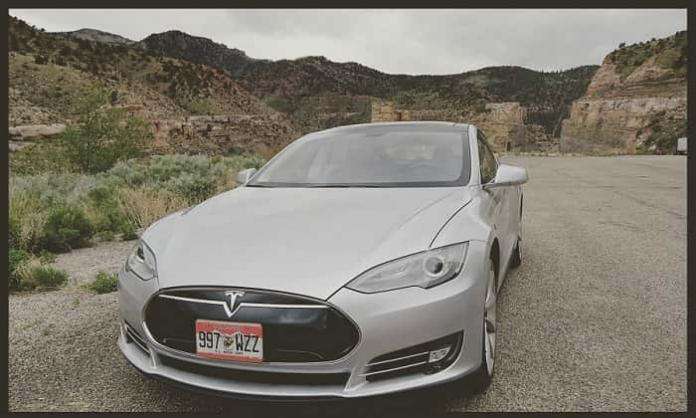 We normally hear stories of many people switching from ICE cars to Electric Vehicles, but this one is an interesting take on switching back to an ICE vehicle from a Tesla Model S. See his thoughts about road trips, driveability, logistics and conclusion.
Advertisement

This morning I saw the below testimony from a Reddit user tuba_man, who writes about his experience of switching from Tesla Model S P85 to Chrysler 300, but also notes why he may get back to Electric Cars after a while. The following is first published on Reddit.

So, I blew it. After 2 years of Tesla ownership, about 3 months ago I threw in the towel. I over-reached in getting my P85 at the price that I did, I was falling behind and it wasn't getting better. I switched to a perfectly serviceable and brand new Chrysler 300 because their lease rebate program they had managed to entirely wipe out how underwater I was on the Tesla! Now I've got a La-Z-Boy on wheels, full-on grandpa mode. Comfy suspension, big ol' boat of a car (slightly bigger than the Tesla Model S), ridiculously plush seating, all that jazz. As for bells-and-whistles, I think I'm pretty close to feature parity. No autopilot on either, wireless keyfob that doesn't leave my pocket on both, automatic driver profiles, etc etc. For a trade-down, I'm pretty happy with it.

That said, I've now experienced the transition to EV and another one to ICE, and I gotta say it was a lot easier getting used to an EV than it was getting used to an ICE. Here are some semi-organized thoughts on the matter - trying to focus specifically on the EV vs ICE thing.

Coincidentally, I got both cars shortly before long-distance road trips. (Here's the Tesla trip, and the Chrysler trip was around 3,500 miles.) I'd say that I got about the same amount of mileage out of each day of driving regardless of car. The Chrysler's ventilated seats made the drive slightly more comfortable. Stopping for gas was honestly worse than stopping at the Superchargers for me. With the superchargers, I had a waypoint to aim for and I knew exactly how long it'd be between stops - there wasn't any thinking about it or hemming and hawing about maybe seeing if the next station had slightly cheaper gas. I mean I appreciate flexibility, but the superchargers won out on account of being one less thing to think about.

It's annoying how long gas engines take to respond. I really was not prepared for how frustrating that's been, especially getting around town. In the Tesla Model S, the only thing you have to think about is how hard you're hitting the pedal - it responds instantly and the same way every time. In the Chrysler, I'm still not used to it. That small delay between your action and the car's response is just really throwing me off. I'll pull away from stop signs either super slow or revving the power out of the engine more often than someone who's been driving a decade should.

And then there's the whole gear shift thing. That one's less bad because in automatic mode it usually happens around the same time and the engine's sound tells you when it's gonna happen. In manual (paddle shifter) mode it's even better. The car before these two was a Civic Hybrid with a CVT so it's been several years since my last gear shift and I didn't miss it. Minor annoyance overall.

Slowing down is still weird. The car still feels out of control because of the lack of regenerative braking. I really appreciated that the 'no input' mode of an EV is that it'll slow down pretty quickly, seems safer that way. I've adapted my braking habits to more closely match an EV's slowdown and it's really noticeable that I'm slowing down further back from the light than a lot of people.

Haven't really had inclement weather yet so I don't have any thoughts there. This is my first car with AWD though, I'm curious to see how it handles the winter.

The Chrysler's also got a wireless keyfob system, never take the keys out of my pocket. It's nice! That said, it took me a couple weeks to stop leaving the engine running.

I'm about due for an oil change, maintenance is obviously gonna be more often than on the Tesla Model S. Same size tires at least, so I know what to expect price-wise.

With the exception of the road trip, I have more often than not waited until the low fuel light started bugging me to fill the car up. I didn't realize how much of a habit change it is to just plug in when you get home at night.

Speaking of fuel, is it uncomfortable paying at the pump every fill-up what used to get added to my electric bill in a month. This is not an efficient car, fortunately the lease on it incentivizes me to not drive it all that often.

I really think that we're just used to ICE cars rather than them being actually easier or better. When you grow up with it and there's nothing else to compare it to, of course it's gonna be normal. I feel like I spent long enough on an EV to 'forget' about ICE driving and it's clear based on my preferences that it's a no-contest win for EVs. I dunno how much of it's about Tesla really getting things right and how much is just EVs being inherently easier to use but man, 2 years 9 months left on this lease. I can't wait until I get my thoughts together enough to get back into an EV.

Alen wrote on August 18, 2017 - 11:37am Permalink
It looks like the reason from switching from Tesla Model S to ICE is the money. He could have simply say I couldn't afford it and switched it. Would other readers agree too?
Charlotte Omoto wrote on August 18, 2017 - 12:58pm Permalink
I think it was informative to get the reaction to driving an ICE again. That the only negative was the price was the same for me too. But I knew that I could handle it. In fact, I'm upgrading to a Model S 100D. Perhaps after the lease, he can consider getting a Model 3 so that he can fill up at home, get good regenerative braking, and "fill up" at a Supercharger.
Steve wrote on August 18, 2017 - 1:36pm Permalink
The Model S marked is a complete shift in the world of EV's. It was the first stylish, large, high-performance with usable range electric vehicle to come to market. I ordered mine when they were announced in 2009. It was very risky making the financial commitment in 2012 when we had to actually place the order for an unproven car, but what a great ride it's been. I still love our "old" Model S. As far as driving an ICE goes, I'll pass. Our "other" car is a LEAF. ICE cars have been the standard for more than a century. It will take many more years for EVs to become the "standard", but it will happen.
Tommaso wrote on August 18, 2017 - 2:18pm Permalink
It is definitely money. You did not evaluate your numbers, went to a P85 which is far more expensive. You might want to consider M3 or just a less powerful MS. In the end EV will also win against ICE.
Robert wrote on August 20, 2017 - 10:48am Permalink
There is no way to convince me that stopping to supercharge is more efficient than fueling up on gas. ICE vehicle have a huge advantage both in range and the amount of time spent on tbe road for long distance trip. I have two Tesla's. I love them both. But if I'm going on a long road trip and want to get it done as quickly add possible. I'm taking my ICE vehicle truck that can go 450 miles on a tank. And it takes less than 15 minutes too get off the freeway, refuel, and get back on the road, compared to an hour or so with either of my Tesla's.