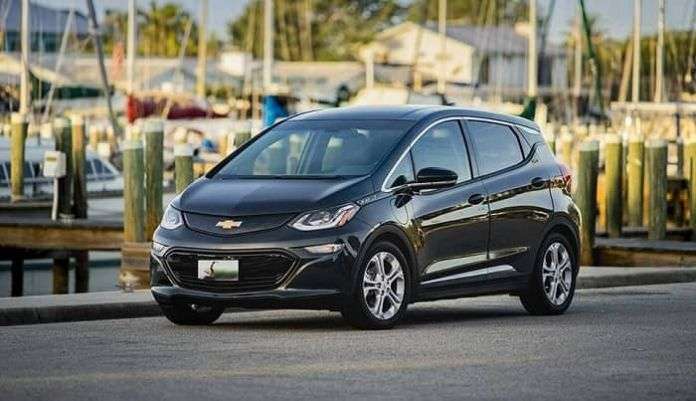 How can General Motors lower the price of the Chevy Bolt and make electric car sales profitable. Apparently it has a 3-step strategy.
Advertisement

Apparently no one is making serious money selling EVs. And GM knows that. Look at how much money Tesla is losing while selling EVs. Can this be turned around? GM's CEO Mary Barra has made a bold statement to GM's investors that by 2021 the company will make electric car sales profitable. This obviously, refers to Chevy Bolt.

How is GM going to make Bolt sales profitable? The company hasn't given out any specifics, but Reuters found out 3 main steps.

Reuters interviewed 6 current and former General Motors and supplier execs as well as 6 industry experts who revealed the following 3 steps, which they say is GM's main formula for success. It's very telling. Obviously, GM has got something going on in terms of product development that will bring the cost down.

Several weeks ago when I was test driving a Chevy Bolt at a local Chevy dealership I asked the salesmen whey they are not pushing the Chevy Bolt in sales. It's a beautiful car with great specs. He said they are not making any money off of Chevy Bolt. They would rather sell ten Corvettes rather than Bolts. GM knows this and probably everyone in the industry know about this.

According to Reuter's sources GM is working on a new EMC 1.0 battery System. It will help to significantly bring the cost down.

Here is how they plan to do it.

Therefore, with improvements in batteries, low-cost and flexible vehicle design as well as mass production in China GM should be able to significantly lower the price of the Chevy Bolt in 2021 and make its EV sales profitable.

I am sure all the other EV makers have similar strategies as well. Thus, I have two questions.

1. What do you think is the main challenge in this 3-step strategy?
2. Do you think we should expect a significant price drop and huge improvement in range of EVs by 2021?

Please, let us hear your opinions in the comments section below. If you liked this article and think it may help your friends, consider sharing or tweeting it to your followers.

Bill wrote on January 9, 2018 - 8:34pm Permalink
My hope for the Bolt is much simpler and less likely to happen: comfortable seats!
Armen Hareyan wrote on January 9, 2018 - 8:36pm Permalink
Yes, I agree, people were somewhat complaining and asking for more comfortable front seats for the Bolt. They were not too bad, but a little more comfort would go a long way. I think GM knows this and will work on it.
Michael wrote on January 9, 2018 - 10:49pm Permalink
It's easy to say 'make a cheaper battery with better capacity'. But the truth is, improvements will come incrementally and the real benefit will be in the scale of production rather than the capacity of the battery. So I think the price will drop, but range will stay about the same (perhaps the battery will shrink a little as well).
James Stricker wrote on January 11, 2018 - 2:42am Permalink
GM has very poor track record designing/producing/selling electric vehicles. They will have to get it right this time or not survive - it's that simple.