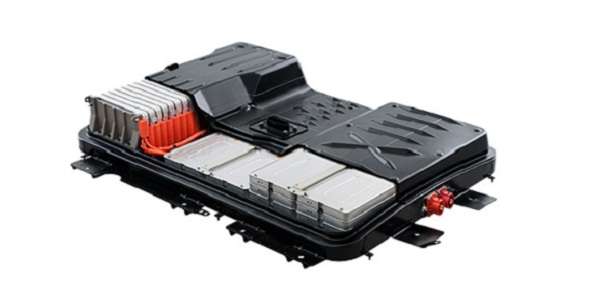 You Only Live Once, unless you are an EV battery

The expression that enjoyed a brief but spectacular reign as the motto for our nation’s youth does not apply to the batteries of electric vehicles. Once the range of your EV falls to an unacceptable level, that battery will not simply get thrown away.
Advertisement

Even the most passionate electric vehicle advocates will reluctantly agree that lithium-ion batteries have a limited life span. Just how long that life will be is a subject of great debate and importance, and the jury is still out. Look for an article on the subject here at Torque News in the near future, but for now assume that a typical EV battery will last for 10 years or so.

When the capacity falls below 80% of its initial value, your Nissan LEAF is only achieving 50 or 60 miles of range and you decide the vehicle no longer fulfills its purpose, what happens to the battery? Assuming you bought your vehicle in 2010 or later and your battery lasted a decade, the year will be at least 2020 and one of two things will happen.

Option 1, the less desirable of the two, is that the battery will be sent straight to a recycling facility. There, the battery will be shredded and the metals such as cobalt, aluminum, nickel, and copper will be recovered. The lithium salts will be filtered out and converted to lithium carbonate, though the economic value of the lithium itself is minimal compared to metals like nickel and cobalt.

Lithium-ion batteries are less conducive to recycling than the previous generation of nickel-metal hydride cells that are far richer in valuable nickel, and the economic benefit of recycling varies based on the battery chemistry. However, on a large scale the economics of battery recycling do make sense. And though it will not be the only such facility in existence by 2020, a company called Toxco received D.O.E. funding to build a dedicated EV lithium-ion battery recycling facility in Ohio. The plant is due to be completed in late 2014 or early 2015.

Option 2, however, is where it gets interesting. A Nissan LEAF battery with 80% of its capacity remaining still can hold about 19 kWh; the larger Tesla Model S battery will be capable of storing a whopping 68 kWh (although if I own a Model S and my battery degrades to 80% of the initial capacity, I’m still okay with 212 miles of range). It would be a great waste if battery packs with such great energy storage potential were consigned to the shredder.

That’s where the so-called “second life” of EV batteries comes into the picture. Automakers, research labs, think tanks, universities, and companies all over the United States and the world have dedicated significant resources to investigating secondary uses for spent electric vehicle batteries.

The most prominent of these potential applications are services to utilities such as load leveling, stabilization, and back-up power for emergencies; integration with renewable energy sources like solar or wind, where energy storage can smooth fluctuations in power output and make these sources more reliable and viable for utilities; and distributed applications such as stationary storage for residential solar panels. Of note is that the services of energy storage systems will increase in value as we increasingly shift to a smarter electricity grid.

The residential applications are what worry utility companies, though. As reported by Forbes in a similar article, the average US household uses 29.7 kWh per day; a house wishing to go off the grid could reasonably do so in much of the country with solar panels, some efficiency measures, and a battery pack made with the modules of one and a half LEAF batteries.

Second life applications reduce the net cost of the battery by providing value to the user at the end of its automotive lifetime. And they can effectively double the life span of the battery; John Holmes, head of technology innovation and deployment at San Diego Gas and Electric, says his studies have found that spent EV batteries are still good for 10 years of service in grid storage applications (via Consumer Reports).

However, the costs of refurbishment and implementation of batteries into their second life are a concern. As the industry grows there will be a great need for battery module testing and repackaging facilities. When an EV battery has reached the end of its automotive life it will be removed, probably by a dealer service center; at this point a new battery could theoretically be installed into the vehicle, giving it new life at a cost likely to be lower than that of the initial battery pack.

The battery will be sent to a dedicated facility to be disassembled. The individual modules of the old battery will be tested and certified, and those few deemed unfit for further service will be sent off for recycling. Those that pass, however, will be reconfigured for their next purpose.

The main concerns to be addressed in the coming years are performance and safety of the batteries in their new application, cost of integration, and regulations. The batteries may need new thermal management and electronics systems for their new tasks. Other questions: who owns the battery at each stage, and what is the total lifetime value of the battery? How much is a second-hand battery worth?

Players in the electric vehicle industry hope to answer these doubts by the time the first great wave of used electric vehicle batteries must be dealt with, expected to be sometime in the early 2020s. Automakers like BMW and Nissan have partnered with energy companies to develop secondary applications for these batteries; a large-scale (400 kWh) power storage system built by Sumitomo Corporation that uses spent LEAF batteries commenced operation in Japan earlier this year and will serve to smooth fluctuations in power output from a nearby solar farm.

The hope is that electric vehicle batteries will begin a new life once they are deemed unfit for automotive service, and that improved recycling techniques will render their disposal harmless and economically beneficial once they are finally spent. Success in this area would address one of the biggest concerns with electric vehicles and greatly improve their future viability.

Stan Lippmann wrote on April 21, 2014 - 11:59am Permalink
Another thing to consider is improved battery technology and falling prices. I'm sure many Leaf owners would swap out their batteries much sooner than 2020 if a new battery in the same space could provide more range for a reasonable price. Let's say in five years the power density is increased by 30% and the cost is down to $125 per kWhr. A 38 kWhr pack would travel 125 miles instead of the by then degraded 85 miles and cost about $5000. The residual value might be $90 per kWhr for home use, or about $2000, so the upgrade would have a net cost of $3000. If in 5 years solar is down to $1 watt installed, then 6 KW of panels should be enough for most people, so going off grid allowing for $2000 worth of used car battery would cost about $8000. 1200 W ave at 8 cent per kWhr is 10 cents per hour, 2.40 per day, $75 per month, $900 per year, $8100 per 9 years. Since such a system would last at least twice as long, maybe three times as long, so the cost of power would be about 4 cents per kWhr, allowing for occasional upgrading of the battery and panel capacities.