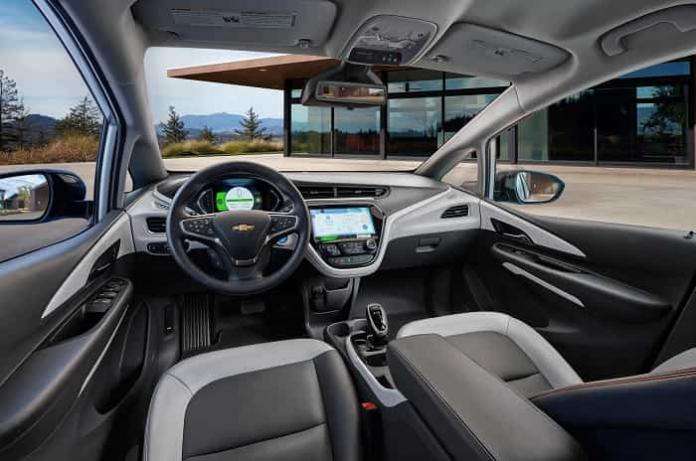 It seems to me that Chevy Bolt is gaining really nice popularity among people. It's a great looking car with a better mileage than Nissan Leaf. I asked Bolt owners what they think makes Bolt to grow its popularity among EV buyers. Here is what they said.
Advertisement

Before I share Bolt owners' opinions about Bolt's popularity I would like to tell you how I came to this question. Few days ago when August 2017 sales numbers came out there was a little surprise. In August 2017 plug-in EV sales Chevy Bolt leads. "In August, Chevy delivered 2,107 Bolt EVs, the first time the car had sold more than 2,000 units in a month after entering the market in mid-December last year," reads the article leaving behind Toyota Prius and Nissan Leaf.

"I think it is because it is entirely average for a car. Every other pure EV up until now has been like "it gets 200 miles, but it will cost you $85,000" or "it only costs $30,000, but you only get 80 miles" or "it has bad handling" or some other compromise. The Bolt is just an average car except for the whole long-range EV instead of gas/diesel part," commented Ian Ray under my question in GM Electric Vehicle Owners Group on Facebook.

Another group member, named Michale Kirven attributed Bolt's popularity to it's being available now and available in all 50 states. But he also spoke about the challenge of the the Chevrolet Bolt writing "the challenge for the Bolt is a proper charging infrastructure. If you want a Bolt and live in an apartment, you could be SOL."

"The range on the Bolt EV is great but, I love its power. At 200 hp it is the most powerful electric car not called Tesla. The fact that it's available now is definitely a plus. And it's a hoot to drive. Although I think a lot of people were waiting to see what the new LEAF and Model 3 were going to look like before doubling down on the Bolt," wrote Uri Bassilian.

It's true that Nissan has sold more Leafs than Chevy has sold Bolts. Plus, Leaf is cheaper than Bolt. Chevy still has a lot of work to do to increase its competitiveness. But Bolt is making great headlines these days. One Bolt owner in the group, named Jorge Lee, wrote "I own Chevy Volt 2014 since brand new. I will buy this Bolt when I able to."

WadeTyhon wrote on September 13, 2017 - 12:02am Permalink
The Bolt is awesome. Best car I have ever owned. It combines the best features of my cars over the past two decades: It has the efficiency of the Spark EV, is fun to drive like my old Grand Am GT, compact size of my Scion xD and the utility of our old Jeep Liberty. EV fast charging will fill in. Even without an excess of charging, the Bolt is our primary vehicle. We are driving from Dallas to Austin next month (180 mile trip) and we should arrive at a charger in Austin with 50 miles or more range left.
kent beuchert wrote on September 13, 2017 - 6:03pm Permalink
Some reviews have commented on the public charging station availability (fast DC SAE CCS charging)for the Bolt not being as great as that for the Tesla. Of course, the Tesla charging network has been out there for years, yet it is overcrowded already and with the numbers of Model 3 cars hitting the road, Tesla's recent plans to double the number of stations (concentrating on cities) isn't going to do much. However, every automaker in America and Europe has opted for the SAE CCS charging protocol, which has recently been updated to allow for 350 KW chargers, more than twice thepower of Tesla superchargers. Over the next few years, there wil be upwards of 40 clectric vehicles hitting the showrooms and most will use SAE CCS charging protocols, or CHAdeMO for Asian companies,although it looks as though they are switching to a SAE CCS - I believe the 2018 Leaf will be SAE CCS. Only Tesla will be using their supercharger protocol, although Tesla owners can pay for SAE adapters. Ford is teaming up with another automaker to build 400 SAE CCS stations, and with the enormous number of electrics using that protocol, it's pretty obvious that their stations will completely dominate and then become the single standard, and Tesla supercharger stations would be retrofited to SAE CCS and the supercharger protocol dropped altogether by Tesla. The future of DC fast charging looks a lot clearer, and better, than it did just 12 months ago. Tesla helped cause all this mess, and hopefully they will start following their stated goal of making electric cars the future.But when I see them charging $9000 for a larger battery in the Model S and come to realize that the option only cost Tesla $3750, I have to consider the company as only motivated by profit. Their "affordable" electric Model 3 is averaging $44,000 , and their govt subsidies are drying up. GM is doing a much better job of providing electric cars that cost less than your mortgage.