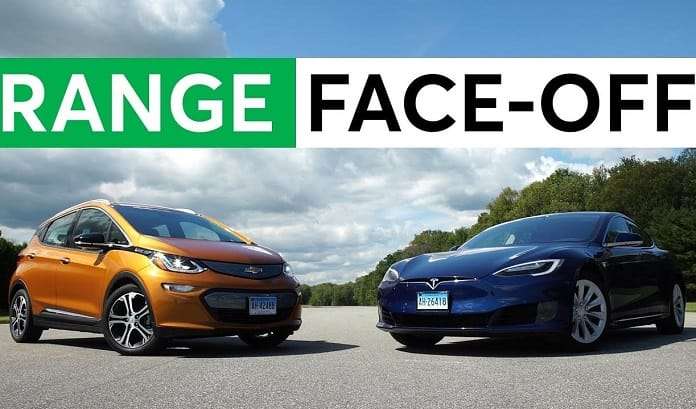 Few Advantages of Chevy Bolt vs Model S, But Are They Comparable?

The advantages of Chevy Bolt vs Tesla Model S depends on your driving habits, distances your drive, price and and the size you need.
Advertisement

Few days ago when I published the story discussing used Tesla Model S prices vs owning a new Chevy Bolt, I shared it for discussion at GM Electric Vehicle Owners group on Facebook to get some insights from Bolt and Volt owners. Some of the opinions were so interesting I decided to share here with you discussing some of the advantages Chevy Bolt has vs Tesla Model S. These are two different cars in two different class categories, but the prices of used Model S can be somewhat comparable to the prices of new Chevy Bolts, thus this comparison.

Your Travel and Driving Preferences

Jimmy Hunt writes that the price and range advantages of Chevy Bolt vs Tesla Model S depend on your driving habits and preferences. "The Supercharging Network is the key. If you never travel, get the Bolt. If you take your vehicle on vacation or weekend getaways, get the Model S," Hunt writes.

Price of Chevy Bolt vs Tesla Model S
Greg Spradlin writes "I like the Bolt. It should be priced say maybe 35 for the high end model. Not 43k and a year later dumps 10 grand in Value. You can now find used Bolts for 29k with less than 5,000 in some places."

Greg Spradlin compares the Bolt to Model 3 and writes "If the Model 3 was widely available and say maybe 40k with all the bells and whistles Id get one. But with the Bolt and new Leaf coming out, plus many others in the future. Tesla better step up its production game quick. Musk has his fingers in to many pots."

Gian Metzger writes that as a Bolt lessee, he has driven and ridden in the Model S and thinks they are amazing. "Honestly if they had a larger market share and more service centers and dealerships- think it'd be an easier sell. I love my Bolt as it's fun to drive, reliable and keeps to it's EPA estimates if you drive it right. Would I like a sunroof, auto pilot, AWD and Ludicrous speed? Sure. But I love the convenience of great Chevy dealerships, low cost and not paying Audi- like service bills ( Tesla maintenance ain't cheap). I'm not trying to knock Tesla out because they are pioneers and build a great product. I know once they get over the Model 3 build hiccups. future will be exciting. Try the Bolt out, Metzger writes.

Size of Bolt and Model S

Uri Bassilian Size writes that Chevy Bolt and Model S are two completely different vehicle classes: full sized luxury vs sub compact. Neither one is better than the other so it really comes down to personal preference. Me personally, I like the nimble agility of a FWD compact.

Her is a good video by Consumer Reports discussing the EV range of Chevy Bolt vs. Tesla Model S 75D.

Are you a Chevy Bolt or Model S owner? If yes, please let us know in the comments section below why you chose your car and what do you think are the advantages of your car vs other electric vehicles in the market.

kent beuchert wrote on January 28, 2018 - 9:55am Permalink
I would never buy anything produced by Tesla Motors - that company is ripping off its owners for "updates" that cost more than twice as much as eve BMW, not to mention GM. Tesla parts are outrageously priced and you are even tied down to the company for body part repairs - the prices are outlandish. I also have to laugh at those who have never even sat in a Tesla vehicle proclaiming them to be of high quality, at the same time that the Tesla Model X has been named the most unreliable vehicle on the planet.

LG's New EV Battery Plant Is a Welcome News for Tesla
Tesla Giga Berlin's New Hurdle: It's Not Only the Gov't, but Now Tesla Itself
END_OF_DOCUMENT_TOKEN_TO_BE_REPLACED