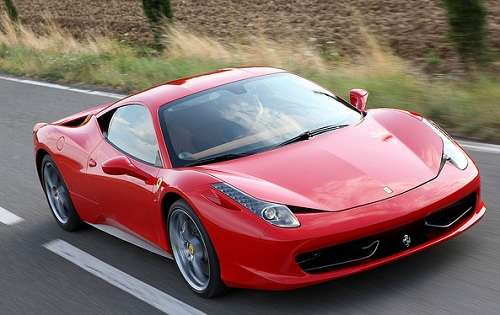 The British Auto Express magazine awarded the Ferrari 458 Italia with the 'Performance Car of the Year' for the second time in a row.
Advertisement

Ferrari says its not surprised that its 458 Italia received this prestigious award. "In the 458 Italia the E-Diff and F1-Trac software sits intelligently together, therefore reducing the time required for the systems to communicate, improving power and performance. A strategy to improve the driving pleasure and guarantee high stability and control under all driving conditions," wrote the Italian carmaker on its Facebook fan page.

Yet, it was not easy for Ferrari to receive this award. The 458 Italia was competing against some of the best performance cars, which are currently on sale in the UK auto market. All cars scored very high not only for performance, but also for mere desirability. Ferrari's luxury sports car scored the highest for in all three categories. Those were performance on road, performance on track and desirability of the car.

Steve Fowler, Editor in Chief of Auto Express, commented: “Being a double winner of our Performance Car of the Year is a massive achievement for the 458 Italia. Nothing has come close to matching its blend of performance, agility, style and quality – this is a car that’s as thrilling to drive as it is to look at, a joy to potter around in and an absolute blast to drive fast. It’s going to take some stopping at next year’s shootout.”

See the beautiful Ferrari hostess at the Frankfurt Auto Show

The Ferrari 458 Italia has already received 35 international awards in its short history. Some of the more notables are BBC Top Gear's "Car of the Year and “Supercar of the Year” awards on its launch. and Fifth Gear’s "Fast Car of the Year."

In 2011, at the International Engine of the Year Awards, the 458 Italia was given the top vote for the “Best Performance Engine” and “Best Engine Above 4 Litres” for its 4.5-litre V8 engine.