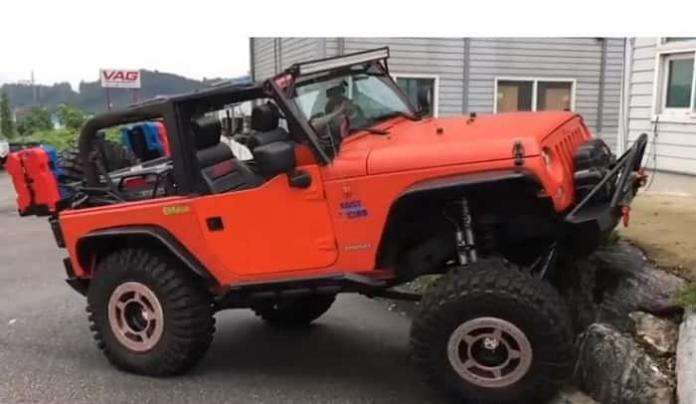 This Electric Jeep Wrangler Has Some Good Great Crawling Action

Imagine and electric Jeep Wrangler. This was built by a company in South Korea and shipped to the United States and completed the Rubicon Trail. While electric, this Wrangler has some impressive crawling action.
Advertisement

According to Jeep Daily, this red electric Wrangler, which completed the 2017 Rubicon Trail at the annual Jeep Jamboree "packed an onboard gasoline generator to recharge the batteries at night, but it completed the course on batteries only, making it the first EV to ever complete the famous Rubicon Trail."

The author of the story writes that he has often though the low-end torque from an electric car would be great in a Jeep Wrangler. I don't know how many Jeep owners would want to drive an all electric Jeep Wrangler multiple hours on a highway. But now that all major car companies have announced their EV expansion plans, may be one day we will see an electric Jeep going to production.

Look at this video. The driver has some funny bits and some great crawling action. "Congrats to the South Korean team who put this Jeep build together! We look forward to seeing more videos soon," writes Jeep Daily and we join them in congratulating this firm for making this electric Wrangler.

I wondering if this is the first electric Jeep Wrangler. Could it be? If anyone has made an electric Jeep before, I am not aware of this and would appreciate your comments.

It must be nice to be out in the country in an electric Jeep and not have an engine running. But some jeepers may say that it makes the rest of the Jeep clunks and rattles deafening. What do you think?

Also see the excitement and the skepticism about the 2018 Jeep Wrangler and the 2 types of Jeep owners and the Jeep Wave that You may not understand.

See you in our latest story on this topic about Jeep's electric plug-in Wrangler in CES 2020.