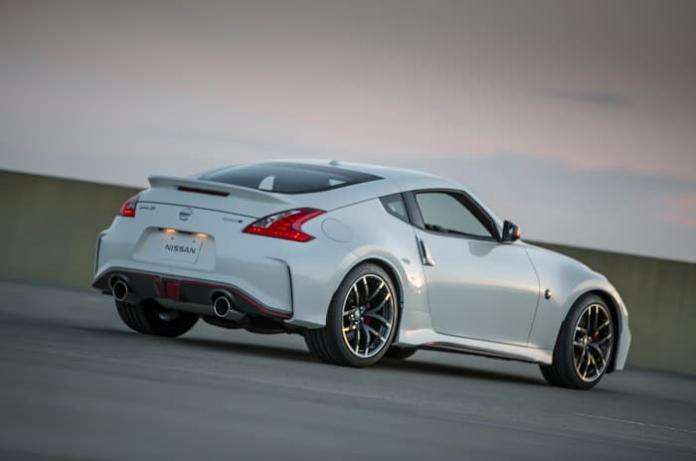 Early in September TorqueNews reported that 2018 Nissan 370Z is becoming irrelevant and that the future is even more bleak for this vehicle. I asked in several Nissan Z groups why is the new Z becoming irrelevant? Most of the Z owners who responded, mentioned the high price.
Advertisement

The Price of Z Is High

Here are few comments from current Z owners and enthusiasts about the situation that may shed more light on the situation. These ones are particularly from 300zx Z32 Workshop group on Facebook.

"Bring their high prices down and maybe they will sell. Nissan has been doing it wrong for a decade at least now," wrote a group member Brad Korotkov and six other Nissan 370Z enthusiasts or owners liked his comment.

A Nissan 370Z owner, named Matthew Brown goes even deeper, explaining the price and value, comparing it to Ford Mustang.

No turbos, no power, and the mustang is the better car no matter how you look at it. I love my Z32, but I'll buy a new Mustang over a 370z hands down. It's also just not as cool as it should be, can't really explain that."

"Me too," replies a user Adam Jones. "I was just shopping for a new car, and I can buy a 440 horsepower beautiful new Ford Mustang, or a 330 horsepower beautiful 370Z that has been out for almost 10 years for roughly the same price. Why would anyone go with the Z, other than brand loyalty? You can even buy an ecoboost Mustang with as much power as the 370Z."

Here is what another Z enthusiast, Nicholas Bretagna says. "I have a Z32 300. It was getting long in the tooth for a daily driver, so I sought a replacement. I was looking at 350/370s and just wasn't all that impressed. I drove a Genesis Coupe (Track) and decided that was the car I wanted. I like the distinctiveness of the Z. There's no other car that looks like it. But the Genesis Coupe 3.8Track had 25 more HP for about the same curb weight, handled itself just as well in the corners, and is as much fun as the Z. Plus you get more car for the buck."

Have you noticed that the recent models of Nissan lineup look really good. For example, I am impressed by the new Nissan Maxima. Now the Z owners say why should they pay high prices for the Z cars if they can get similar styles from other Nissan Vehicles. Here is one interesting comment from the group. "When you steal the unique styling cues from your sports car and apply them to your entire lineup of sedans, the sports car loses its allure. A 240z was unique, who wants a sports car that looks just like grandmas sedan?" asks user Steve Frisby.

"I like the look of the new z370, but it has been out a while and if I had the money I'd buy one if it weren't for the abomination of an interior they designed. And yes, it needs more appeal for the price," wrote yet another member in the group, Hunger Jones.

Nissan needs to hear these voices. Automakers can constantly improve their vehicles and price offerings if they listen to their loyal customers and their concerns.Do you agree that Nissan needs to either lower the price or offer more value for the money?