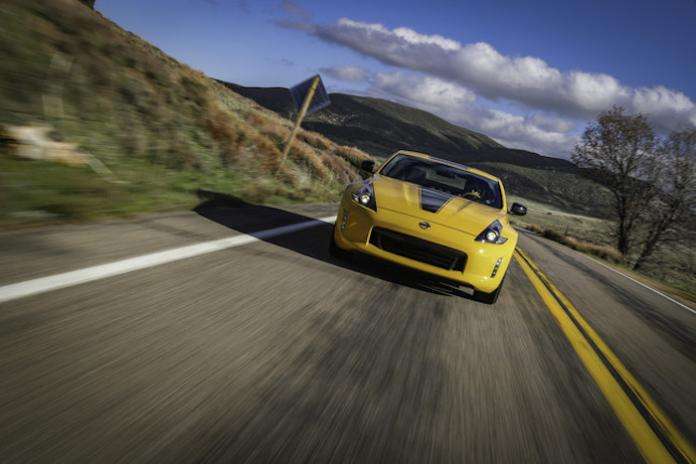 2018 Nissan 370Z Is Becoming Irrelevant; The Future Is Even More Bleak

The 2018 Nissan 370Z is here but enthusiasts aren’t buying it. Why is the future of the Z car bleak?
Advertisement

It’s a good thing Nissan didn’t raise the price on the 2018 370Z, because sales would have slid further backward. Unfortunately, Nissan execs seem content to let the Z car slip into irrelevance. Sales of sports cars should be up in the summer, but Nissan USA reported U.S. dealers sold even fewer of the sports cars in August than the previous year. The 370Z is down 43.2 percent selling just 335 compared with 590 units from the previous August.

Update: The Best Option For Nissan To keep Z Cars Relevant and The 4 Liter 400Z.

Even with the upgrades, and a new Chicane Yellow Heritage Edition for 2018, the 370Z is not selling and is slipping further behind. The prices for the base 370Z Coupe and Roadster are the same as the 2017 model year and start at $29,990 and $41,820 for the Roadster. Although, when customers build their Z car the way they want it, they can expect to spend $39,590 (Coupe) and $49,400 (Roadster) for a fully loaded model, making it too expensive for the average sports car enthusiast.

The Nissan Z has had few upgrades over the past eight years, and the price remains higher than most other performance vehicles in the same category. Performance fans want a new-generation model, but Nissan could have other ideas.

What is Nissan planning for the 370Z?

Christian Meunier, senior vice president at Nissan Sales, Marketing and Operations, says the future of the sports car is uncertain. During a roundtable discussion at the New York Auto Show, Meunier, said, “The 370Z is not a priority for us. I hope we can make a successor.” The word hope doesn't inspire much confidence that Nissan will make a worthy successor.

Meunier gave more insight into their plans when he talked about the other performance model in their stable. He says the GT-R is more significant in the automaker’s lineup than the 370Z. Meunier went on to say, “The GT-R is a halo car, so we need to continue to develop that vehicle.” The new GT-R is also down is sales with just 47 of the high-performance cars sold in August (down 46.6%), so their flagship performance model, that did get a big price bump, isn’t doing too well either.

Does Meunier’s comments mean Nissan execs are content with letting the 370Z slide into obscurity? The 2018 Nissan 370Z is here and sports car fans aren’t buying it. This likely means enthusiasts are waiting for the next generation Z, but Nissan may not give it to them. Will this be the last generation of the 370Z? Stay tuned.

Rick wrote on September 20, 2017 - 6:14pm Permalink
Nissan needs to update the Z I have 2005 350z convertible love it so reliable had it for 9 years 167k miles. Looking to get a new one but want an updated and the next generation Z. I would hope Nissan execs have enough common sense to the Z brand alive instead of GT-R Way too expensive !
Thurman London wrote on September 21, 2017 - 9:38am Permalink
Sad! I don't understand Nissan. I read a article in one of the car mags about the new Honda Civic R. It was test against the Z and it beat it in just about every thing. That is sad. I have a 2009 which I love. Its been a good car so far. Its a good looking car....I just wish it performed like it looks. Every time I get on the road, somebody wants to race me which I don't do. I try to take good care of it. The 2018 does not impress me at all...as specially the yellow one. I think Nissan could sell a lot of Zs if they treated the car like they should. Its a legend and just like the Mustang, the Camero, etc...if the company would put money into it.....they will sell more cars....and bring in foot traffic to sell others. I'm very disappointed Nissan....very!
St.G wrote on September 21, 2017 - 11:32am Permalink
That sub headline assumes a lot; it’s not bleak. I’m just waiting for the next model Z to come out with a VR30DDTT in it.
Matt wrote on December 1, 2018 - 12:50am Permalink
They really need to try a more retro design to get back to the 240z roots. I'm not saying bring back the L28 turbo, but... I mean, can a man get an I6 or what???