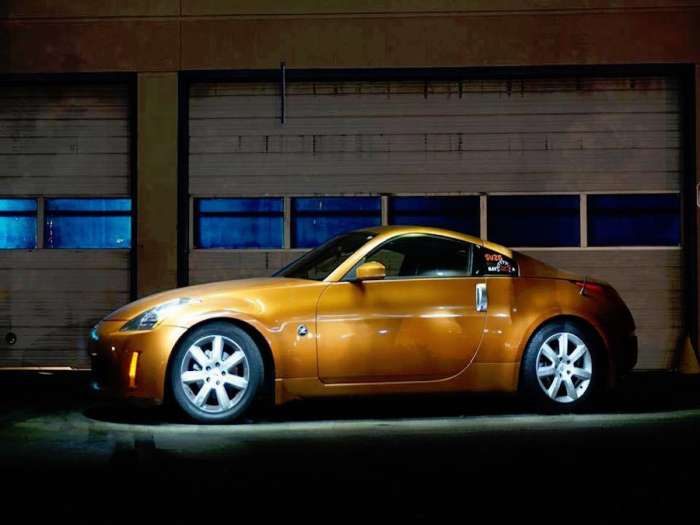 As Nissan continues to increase engine size with the 400Z to keep up with the horsepower wars, it should consider other ways to bring the Z back to the forefront and make it relevant again.
Advertisement

Where do we stand with the future of arguably one of the greatest sports cars of all time? According to some rumors we will be seeing a 400Z coming out in the near future possibly being released shortly after the new Toyota Supra comes to market. But is this really the direction that Nissan should be taking for the fabled Z car?

Nissan Z is Getting Larger

Over the years we’ve seen the Z get larger engines, larger bodies, and larger price tags. I believe that this has gotten away from what the original Z car was all about.

The original Nissan 240Z was all about fun at an affordable cost. When it was originally released in the US market the 240Z cost roughly $3500 or just under $23000 in today’s money. Which at the time was a great deal for your money. The 240Z was able to compete with its European rivals both on and off the track at a fraction of the cost. Speaking of 240Z: Check out these 6 dominant family traits NISMO 370Z shares with the original 240Z.

Now the current generation of Z car, the 370Z, starts at just under $30,000 for the base model, but can go as high as almost $46000 which still isn’t bad considering you get a 3.7 liter V6 engine putting down 332hp. But at that price range or less you can get new decently equipped vehicles such as the V6 Camaro, Mustang GT, MX-5, or the BRZ/GT-86. The Camaro and the Mustang both have as much power if not more than the 370Z and the MX-5 and BRZ/GT-86 handle just as well if not better than the 370Z.

So where does that leave the 370Z in the sports car market? It leaves the Z car in ‘sports car limbo’. The market is rife with amazing sports cars that just seem to be better money for value.

If Nissan continues with its naming of the Z car the 400Z should have a displacement of roughly 4 liters. Now that would make the engine either a large V6 or push it into the V8 arena. This would also likely raise the cost of the Z and if it does end up with a V8 put it in competition with more expensive sports cars and the resurgent American Muscle cars.

The best option for Nissan to not only keep the Z car relevant as well as bring in new fans for the Z car would be to go back to its roots. With Nissan’s acquisition of Mitsubishi Motors they now have access to the engineering and technology Mitsubishi had. Nissan's best bet would be to use the engine that was used in the last generation Lancer Evolution X that had a 2 litre turbocharged engine producing close to 300hp.

Using this engine would save Nissan thousands of dollars in research and development and allow them to focus on other things such as styling and the drivetrain. What helped keep the price of the 240Z so reasonable was Nissan’s ability to take what they already had in development and mix it all together to make something great. If you were to break down the 240Z to its core you would see that a lot of it really came from the fantastic 510.

Nissan should bring the Z back to its roots as a fun and affordable sports car for the masses even if that means bringing an end to the horsepower wars and focusing on what made it great in the first place. Use what they already have at their disposal, bring down it’s size, lower the displacement of the engine, and ultimately bring down the price of the Z car.

We are in a time where Nissan is pricing the Z out of the market, gas prices continue to rise (thus the need for a smaller forced induction engine), and many younger drivers who may like the Z car but can’t afford a used one let alone a new one.

Let’s make the Z a sports car for everyone again and price it so that a new generation of people can own a Z car and learn why they are so great.

What do you think? Please share your thoughts about the future of Nissan Z cars in the comments section below for discussion.