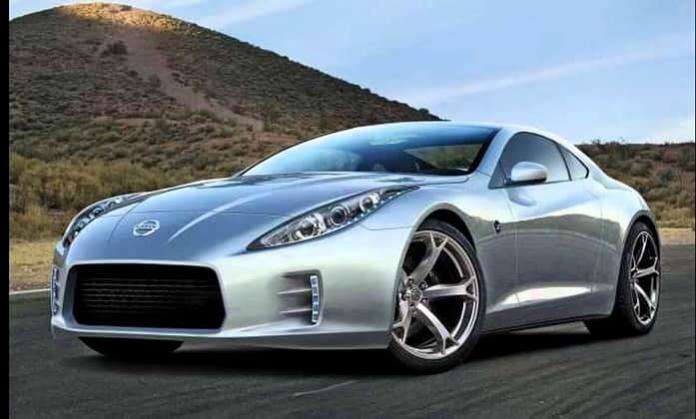 How Nissan Z Stayed Young After 50 Years of Production

In 2018 the Nissan Z will turn 50 and that’s old compared to most models. So how has such an old car managed to stay so young at heart? Let’s dive into the history of just what makes the Nissan Z can so special.
Advertisement

In Nissans early North American life they were known as Datsun, mainly a tactic by Nissan to separate the N American division from the parent company in the event of failure. In October of 1969 the Fairlady Z was brought to the US as the Datsun 240Z. With a 0-60 slightly faster than 8 seconds, but with a $3600 price tag it could outperform anything in its price range and compete with cars that couldn’t match the price. Within just a few short months the 240Z was out of stock everywhere and dealers couldn’t get them fast enough. A true sports car for the people, it was so affordable just about everyone could buy it and it was so reliable anyone could maintain it.

In 1974 the 260Z would replace it, the 260Z had a larger engine but with an unfortunate drop in horsepower due to rising emissions standards. It did become considerable more comfortable and luxurious but that had the effect of moving it further away from its original market. It would, however, almost immediately be replaced in 1975 with the 280Z, a north American market only vehicle, which was primarily a facelifted 260Z after sales came in lower than expected.

In 1978 Nissan moved the Z platform even further in the direction of tourer away from sportster with the release of the 280ZX. Which was all new, except for the main drivetrain components, meaning due to the extra weight it got slower, again. Critics called it sluggish, which makes sense considering it now took 11 seconds for the 280ZX to make it from 0-60, and the price jumped quite a bit to almost $10,000 for the base model. Somewhat of a revival would occur in 1981 when a turbocharged version was offered, encouraging car and driver to call it the most sporting Z car since its release.

In 1983 Datsun retired along with the 280ZX for the new Nissan 300ZX. When it reached America in 1984 it introduced a new engine, a 3L V6 with a turbo option. The 300ZX was 80’s all the way, angular and boxy looking on the outsize with a teched out and still plus interior inside. Consumers loved it, the new 200 horsepower engine propelled it 0-60 in 7.3 seconds reaffirming its sport car heritage.

In 1990 the 300ZX would get a new chassis and be completely redesigned, this time being one of the first vehicles to be designed with CAD software. The new 300ZX would become an instant legend with a sleek and beautiful silhouette. On top of the looks Nissan stuffed a twin turbo 4 valve V6 capable of launching the car 0-60 in 5 seconds flat. An impressive feat for a heavier and even more luxurious Z than before. Nissan would even add a convertible option in 1993. However, with the continually increasing price and decreasing demand for sports cars, the Nissan was pulled from the North American market in 1996. Thus began the Z dark ages.

In 2002 Nissan released the 350Z, it was much anticipated after multiple concepts and it truly lived up to the Z name. With a base price of $26,000 the 350Z made the Z car affordable once again, and a convertible option was added in 2004. Dropping the X from the name should not be mistaken as insignificant. The 350Z was back to Z car roots, dropping the luxury for a pure sport feel. This had an incredible effect on the Z car, it became so popular among amateurs and pros that NASA, national auto sports association, created a 350Z class for only 350Z’s to compete against each other.

The Nissan 370Z was almost completely new from the previous 350Z. It was incredibly good looking and now had a massive 3.7L V6 under the hood, all while retaining its relative affordability. Keeping the Nissan 370Z in production to this day, it is however showing it’s age, and is no longer worth the $30,000 starting price especially when take into account that there is no turbo or high performance options like previous Z cars, learn more about what our readers had to say about the Nissan 370Z here. The Z car however is poised to change once again.

Coming in this October Nissan will debut a concept for the next generation Z. All kinds of rumors are floating around from hybrid drivetrains to 400+ HP. All of which are incredibly enticing in many ways. The thing is, almost all of these rumors break from the Z’s true heritage, I’d rather see a Z car that has a strong and reliable V6 with a turbo option and a car that is light as a feather, skipping on the luxuries of ultra-modern cars. The Z need to go back to its heritage and reclaim the spot as an incredible introductory sport car from the BRZ and Miata. To me heritage is the key to keeping a name like Z alive. Give the GTR a hybrid drivetrain, for over $100,000 that’s what I would want, but for a Z? No way. Simple and pure, invite the aftermarket to go wild and these things will fly off the lot.

Matthew Christeson wrote on September 27, 2017 - 9:50am Permalink
Would love to see it go back to when she was great, I would enjoy the lines of the 240-280 and the power of the 300zxtt.
Toni wrote on September 27, 2017 - 1:18pm Permalink
I bought my first 240Z in 1981 for 4,000. I bought a 1972. At the time, all of my guy friends had 240’s and were modifying them, or just driving them and working on them. They were an awesome sports car for the time. Fast, light, nimble and pretty easy to buy, as they were 10 year old cars. I see the same thing happening today with young people buying 350’s and maybe 370’s ( after they have been driven for 150,000 miles like my original 240 was) and modifying or just driving them. My husband and I currently own a 1971 series 1 240Z as well as a 350, and a 300xzTT. Once I owned and drove that original 72 240, I had to have another. I wanted to get back to that bare bones, feel the road, nostalgic driver of my youth. I convinced my husband Steve Frisby, that he would love the 240 as much as I did once he drove one. Being a long time hot-rod guy, he looked at those dual carbs with some hesitation, but he quickly learned to work on them. He came to understand, and eventually share the love I had for the Z cars. When the 350 first came out, I thought it was hideously fat and ugly. However, my teen age son kept telling me to go test drive one. My husband and I did and never looked back. It was sporty, fun and handled well. We have enjoyed this car for many years. Eventually, my husband and I stumbled upon a very reasonably priced 300zxTT. Other than knowing of others in our car club who drove them, we had no idea of the beauty and power of the 300. This car was way ahead of its time. Luxury and extremely smooth power, after those turbos kick in... What I’m getting at is that the Z has a history of being an affordable well performing sports car that is attainable (With the exception of the 300 at its introduction). I would love for Nissan to stick to an affordable, beautiful, reasonably powered starting platform for the iconic Z car. I would like to see them get back to their roots. To create a sports car that is sleek and stealthy like the 300, with its roots firmly planted in the 240’s game changing competitive sports car experience. Signed, a long time Z enthusiast.
Steven wrote on September 27, 2017 - 8:47pm Permalink
The future of the Zed and what it should be? You put it perfectly "With a 0-60 slightly faster than 8 seconds, but with a $3600 price tag it could outperform anything in its price range and compete with cars that couldn’t match the price." Now apply that formula to a new Zed offered in today's current markets...You have your new Zed. Now let the designers do their job and the bean counters stay out of it. Build it from the heart.
Rico wrote on September 29, 2017 - 4:20am Permalink
I believe the new Z should be a little longer nose so it gives you a little bit more leg room. 2 maintain the convertible option once you drive a topless Z YOU NEVER GO BACK. I have 2005 350Z convertible since 2008 she still drives outstandingly well! 3 keep yellow color as option!! And Finally waiting for Next gernation Z hopefully it will be a head turner and keep the performence tradition ALIVE!! Can't wait till October!
Jon wrote on October 3, 2017 - 12:04pm Permalink
The Z was announced on 18th October 1969 at the Tokyo Motor show