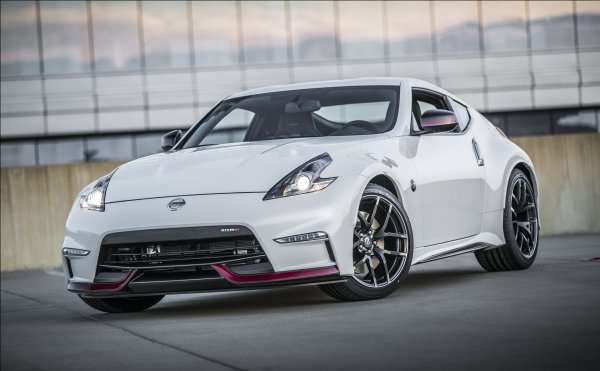 Nissan has announced pricing for the 2016 370Z, including the Coupe, NISMO, and Roadster models. Prices will hold at 2015 levels despite the addition of new exterior colors and updated equipment.
Advertisement

Nissan has announced pricing for the 2016 370Z in all its model formats. The entry price for the 370Z Coupe is $29,990 and the top-most price point for the Roadster is $49,400 with various model options running in between those two figures. This year, the 370Z Coupe is offered in eight packages, the 370Z NISMO in four, and the 370Z Roadster in five.

In the 2016 model year, the 370Z NISMO is largely the same as the 2015 it replaces, holding the same aggressive body styling and sport-tuned goodies. The V6 is boosted to 350 horses with several updates, including exhaust tuning. The base model 2016 370Z Coupe NISMO with the six-speed manual begins at $41,990 and the seven-speed automatic is $43,290. Adding the Tech package to those bumps their prices to $45,490 and $46,790 respectively.

These manufacturer's suggested retail prices do not include destination, of course. The 2016 Nissan 370Z entered showrooms this week.