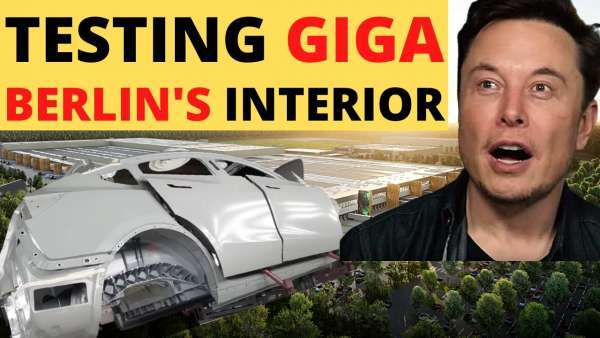 Investors Tested Giga Berlin Model Y's Interior, Then They Said This About Quality

The analysts that visited Tesla Giga Berlin last week and tested its Model Y vehicles on the German Autobahn still release new analyses: this time their opinions about the quality of interior of the Model Y built at Giga Berlin.

They say that the Tesla Model Y produces luxury vehicles and that while the interior of the Model Y is the same as the one from the Fremont factory, its quality is far more superior. Here is why.

One of the analysts visiting Tesla Giga Berlin and writing about the Model Y's quality is New Street Research analyst, Pierre Ferragu.

He had the opportunity to get an exclusive tour of Tesla's European factory and had a test drive of Model Y, produced there.

In a note to clients Ferragu wrote that he was stunned by the quality of the Model Y produced at Giga Berlin.

Here is what he wrote about the interior quality of the Model Y electric car, built at Tesla Giga Berlin factory.

"The interior design is about the same as Fremont-made ones, simple, but the quality of the upholstery and overall finish is far superior - flawless. As I mentioned, the quality of the build, that you can evaluate manipulating doors, observing panel gaps, painting & color, was surprisingly excellent. How is that possible? Being based in Germany probably has a lot to do with it (local skills matter!), but my impression was that the major driver of these improvements is simply experience. Berlin is a much-improved factory compared to Fremont, and we see it in its cost efficiency as much as in the quality of the products coming out of it."