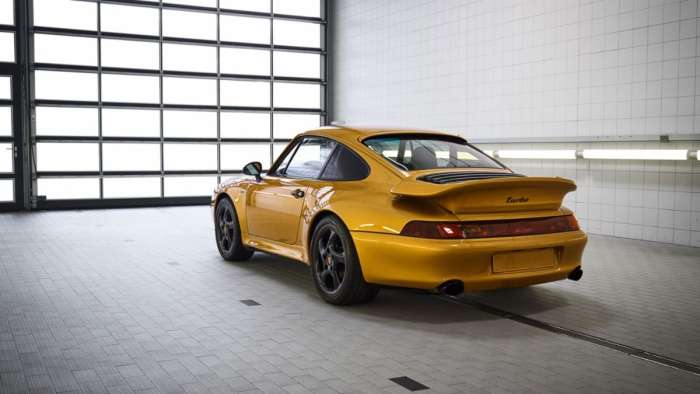 The legend of the 993 will never die off for collectors, and evidently, neither will it for Porsche. Just a few years ago, the company built the very last factory air-cooled 911 Turbo in existence.
Advertisement

Many people praise the 993 generation 911 simply because it holds in its clutches, the final iteration of Porsche’s air-cooled engines. And for some, that alone deserves a standing ovation. It may be the crowning symbol of the 911’s last analog generation but Porsche recognizes the car for its whole self. Like how the wife of an automotive journalist loves her husband for his character, not his money, because there is none.

The 993 had radical new features that no 911 before it could claim. It was the first to have a redesigned aluminum chassis, the first production Porsche to have a twin-turbo flat-six engine, it had the lowest front end of any 911 prior, and it was first amongst aluminum-wheeled cars to have hollow-spoke wheels. These engineering enhancements are why Porsche, back in 2018, decided to show off the capabilities of Porsche Classic and build the true last 993 Turbo ever. 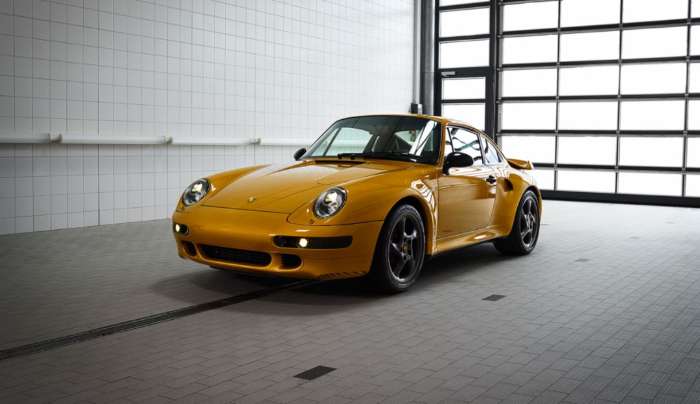 During the time of this project’s conception, the 991.2 Turbo S models were being offered with the “Exclusive” package. One that gave your car a special paint with gold accents along with black and white here and there. Only 500 Exclusives were ever built. This unique campaign prompted Porsche to paint its future-last 993 the rich gold color of the new “Exclusive” Turbo S. Thus, Project Gold was born.

We’ve discussed Porsche Classic before, but to refresh your mind - it is a sub-branch of the Porsche company that takes old blueprints and manufactures/sources OEM parts for Porsche’s classic vehicles. Those parts can then be certified and sold to customers or shops who need a helping hand in their Porsche restoration. There couldn’t have been a better asset to have when building Project Gold, and they utilized it to its full capacity. 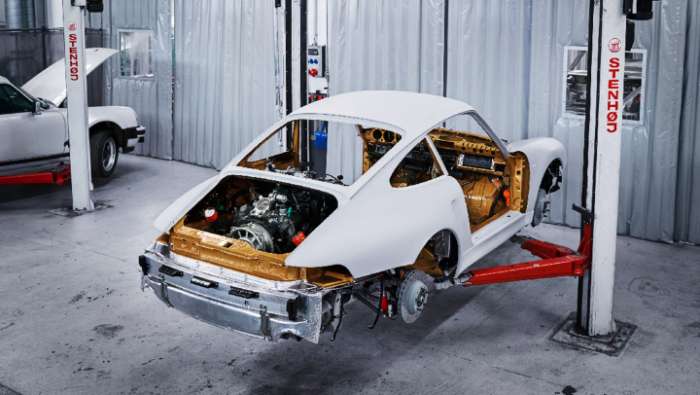 The project started with an existing 993 body shell that was originally manufactured in the ‘90s. But essentially everything else came from Porsche Classic or was manufactured from scratch. First, the body was put through Porsche’s corrosion protection and paint process. The newest cars also go through the same procedure. For modern Porsches, it takes just a few hours to complete this stage of the build, but for Project Gold, it took several days.

For the rest of the car, Porsche Classic was able to rely on over 6,500 OEM parts in their stock that were 993 specific. In total, PC has around 50,000-60,000 parts for all the 911 generations. After the bodywork and cosmetic stage, the car was taken to the Porsche restoration workshop in Stuttgart, where the drivetrain and mechanical bits were assembled by Porsche Classic specialists. They built an entirely brand new 3.8 Liter Twin-Turbo flat-six engine just for this car. It made the exact same amount of power (450 hp) that it did back when it was in series production. 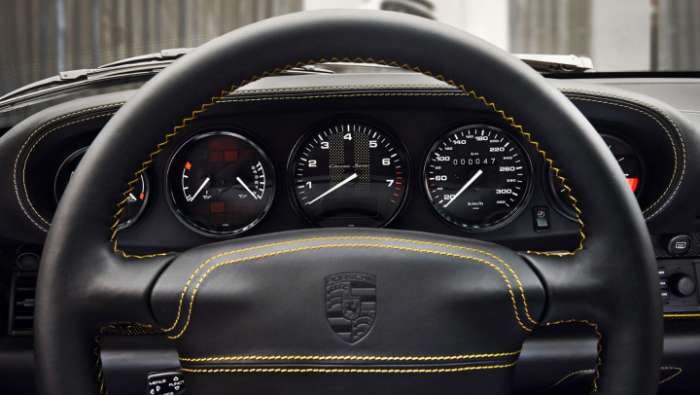 The transmission is a 6-speed unit that was built by Porsche Classic along with the AWD hardware that the 993 Turbo came with originally. The interior of this project is truly special. PC and Porsche Special Manufaktur came up with a bespoke design for Project Gold’s interior that resembles the same scheme as the 911 Turbo S Exclusive Series. The dashboard, seats, carpeting, and headliner are all covered with rich black leather and sewn together with bright gold stitching. Even the words “Classic Series” are written on the door sills in golden paint.

In Porsche’s eyes, this car was not to be an anomaly in the Porsche family or a one-off track car. This 911 Turbo was built with genuine parts, given the same quality of production as the original 993s had, and inserted with the stock powertrain you would have bought it with. Porsche gave Project Gold a chassis number that follows the last 993 that was built in 1998, making it the very last 993 to ever be built. In doing this, Porsche made Project Gold simply a continuation of a 911 that has so much history and love behind it. And now, the 993 chassis may live on to even more distant decades to come.