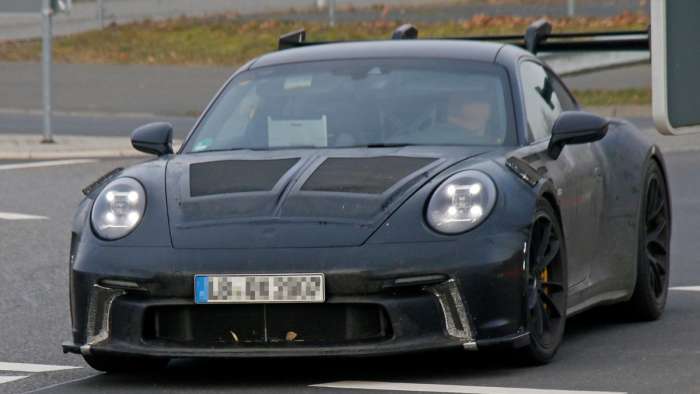 A video has surfaced of a test-version 992 911 GT3 RS with its absolutely massive rear wing. But the video reveals something we hadn’t known before.
Advertisement

A YouTube video has revealed that the new Porsche 911 GT3 RS, has active aerodynamics, specifically, in its enormous rear wing. Porsche has used active aerodynamics in the 911 before. Common examples have active, low-level wings that protrude from the rear hatch once over a certain speed to increase downforce, and lower back down to reduce drag.

However, we have never seen a production Porsche use this large of an active aero wing before. In the last second or so of the video, the wing can be seen performing real-time movements and acting as what is presumed to be an air-brake. This technology has become common not only in racing but also in many other supercars. 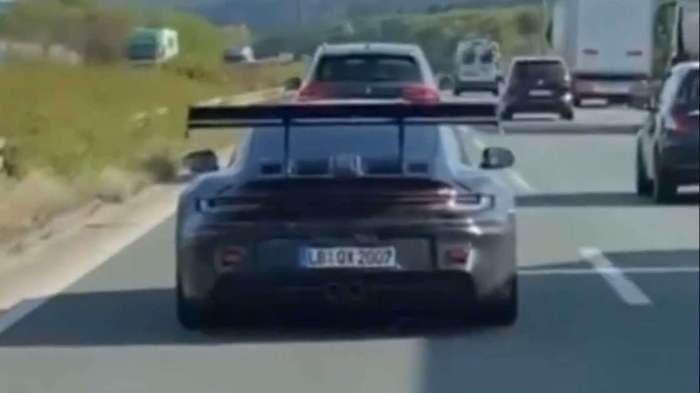 An air-brake works a lot like the wing flaps (or ailerons for plane nerds) on a jet. When landing and slowing down on the runway, the flaps flip up to their highest position to create the largest drag coefficient possible. This slows the plane down considerably along with the landing gear brakes.

Think of holding your hand out the car window on the freeway like in a teen indie movie. If you make your hand parallel to the ground, it slips through the air with ease. But flip your hand up towards the sky, the wind pushes your entire arm back. This is what an air-brake system does on a car like the new 911 GT3 RS.

The recent release of the standard-issue, but no less involving, 911 GT3 has shown what racing technology can do for lap times. The GT3 uses the 911 RSR’s race car front end and other mechanical bits to get around the Nurburgring in just 6 minutes and 59.9 seconds. That’s quick, but when the “RS” badge gets slapped on the back of the GT3, Porsche really means business. 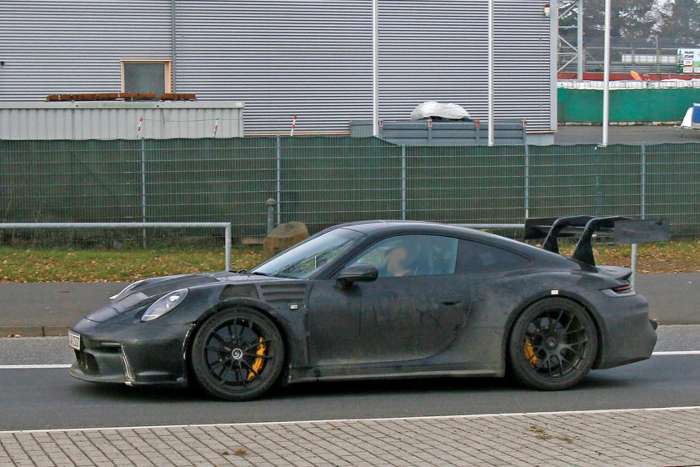 This active aero tech, the presumed stiffer suspension and lighter weight along with the 7-speed PDK only mandate will likely send the new GT3 RS to even greater heights than its bright blue little brother.

The new GT3 RS has no officially published information yet. No release date, no specification updates and no lap times are a test of how strict the German manufacturer is about their GT Division cars. The soon-coming Cayman GT4 RS was spied last fall and is still yet to be officially released outside of spy shots and Nurburgring fly-by videos.

The GT3 RS will produce 502 horsepower or more, as that is the peak output of the 2022 911 GT3 and won’t be offered with a manual transmission judging from previous generation RS 911s. We will be reporting on any future GT3 RS news right here.

Dryden Geronimi wrote on May 20, 2021 - 6:34pm Permalink
Thought I read somewhere that the 992 GT3RS would be offered with a manual as an option over PDK. Hope that’s the case!!