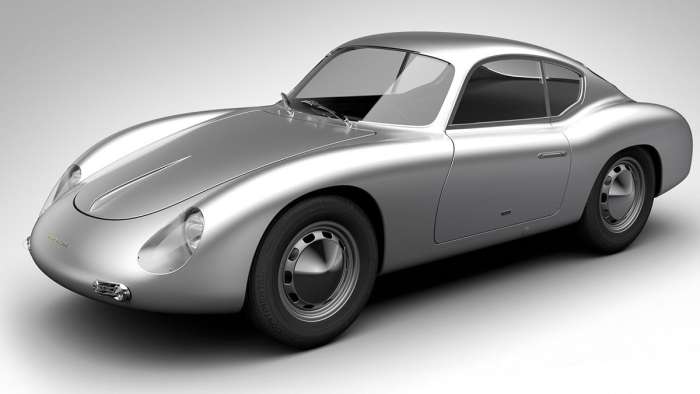 Discover the 356 Zagato Coupe Porsche that never was, until now.
Advertisement

The Porsche 356 is one of the most recognizable shapes in the entire automobile world. From the Cabriolet to the Coupe and the rare Speedster, the 356 has received a considerable amount of attention from Porsche through the 1950s and 1960s as it was the flagship Porsche model up until the 911 gained its popularity. However, there was one more version that was intended to be built by a little company called Zagato.

You may have heard of them if you have seen any of their gorgeous, alternative designs for Alfa Romeo, Aston Martin, or Bently run down the trails at the Goodwood Festival Of Speed. Zagato has gained popularity in recent years from their stunning Aston Martin Vanquish Shooting brake and DBS models that have fetched ridiculous sales prices.

The legendary stories of Zagato’s work with Alfa Romeo and Aston Martin in the 1950s and 60s would not be complete without this one, the 356 Zagato Coupe. In 1958, a man by the name of Claude Storez was in his prime as a French rally driver. Being well-versed in cars, he approached a little Italian coachbuilding company called Zagato, and worked out a plan to build him a light-weight, open top Porsche 356 for the street. Much like a 550 Spyder, the 356 Zagato was meant to be a race car for the street.

A Car Built For A Driver

The car was built, and upon receiving the car, Storez crashed it and lost his life. That wrecked 356 Zagato was never saved or heard from again. Then, more than 50 years later in 2013, the bigger and now more well known Zagato had dug deep in their archives only to discover the blueprints for a coupe version of Storez’s 356 Zagato that had never been built most likely due to the fatal destiny of that first 356 Zagato.

In honor of that legendary car, the company decided to build a limited number of cars to sell to private owners. And by limited, I mean limited like a Porsche 916. The car looks like a DB4 from the rear but has the classic smooth Porsche front, and a very 1950s style roofline that define this rare piece of automotive history. The specific 356 Zagato Coupe that has gotten a lot of publicity recently is 1 of 9 356 Coupes that Zagato decided to build.

Benjamin Clymer is the owner of this 9th and final car that was built in the small run of coupes. He runs a business in New York City and has always had a love for the 356. When they built his, they took off nothing but the body of the car, leaving the engine, transmission, chassis, and steering as it was. The new body was handmade in light-weight aluminium and set onto the chassis. The interior was up to him, the leather, ergonomics, and seating.

The Porsche 356 Zagato Coupe was something of luck, and engineering. Deciding to bring to life, a concept that was meant to be created but never constructed -designed but never erected. The little Aston-looking Porsche 356 is a run of cars that you will most likely not see on the road or even in a museum in your lifetime, but the fact that a 1958-spec Zagato was made in the 21st century, during our lifetimes is very special. One of them would have set you back a healthy $300,000 when new, and buying a 356 Zagato Coupe now from one of the 9 owners would be double if you're lucky.

It is important that we appreciate old cars like these and praise brands like Zagato and Porsche for taking the time to uncover a design like this. Here is to the next 50 year of Zagato discovering old blueprints.

See you in my next story discussing 4 of the best looking Porsche race cars o all time.