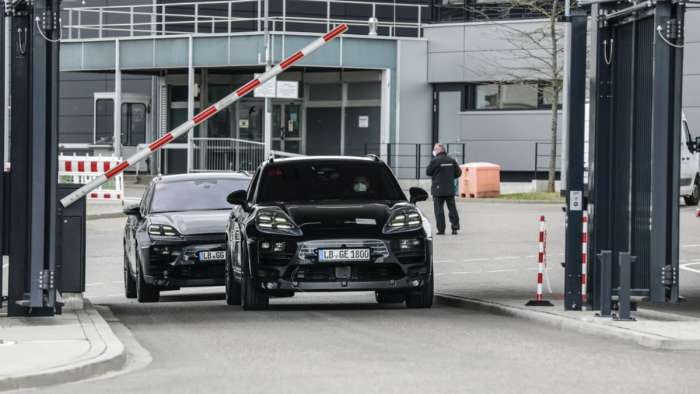 Breaking: Porsche Has Confirmed The 2023 Macan EV, Official Pictures Give Us An Inside Look

According to Porsche, the Macan EV will arrive for the 2023 model year and have ‘significantly’ more range than the current Taycan.
Advertisement

Much speculation has surrounded the anticipated Porsche Macan EV throughout the passing months, but today, Porsche confirmed the rumors. A fully electric version of the Porsche Macan is currently being tested.

The new Macan will sit on a similar 800-volt system that the Porsche Taycan uses, though the German manufacturer claims that the 2023 Macan EV will have more range than its electric sedan sibling.

In addition to the new Macan EV, a refreshed gas-powered version will return alongside it. It will use the existing platform and will have some subtle cosmetic differences from the EV model. Since 2016, the Macan has been Porsche’s best-selling vehicle. In the U.S. alone, Porsche sold 22,667 Macans in 2019 and has sold over 6,300 after the 2021 Q1 reports came in. For reference, the company sold just 9,265 911s in 2019. 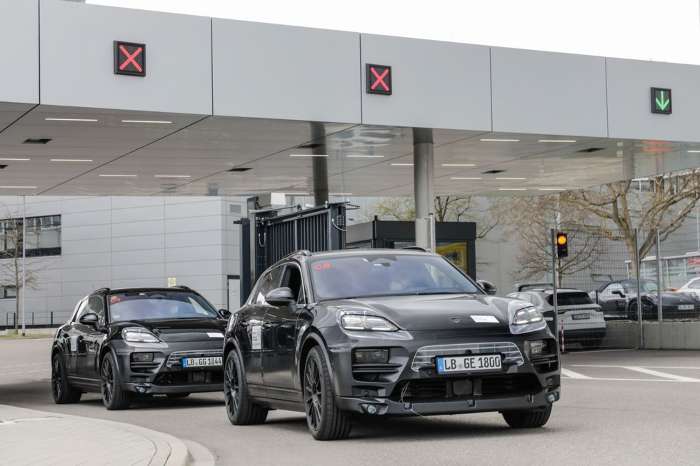 The Macan EV Will Sit On A Brand-New Platform

Premium Platform Electric, or PPE, is one of Volkswagen Group’s latest big investments. It will be the underpinnings of several future Audi and Porsche vehicles including the 2023 Macan EV.

As of now, Porsche says they will develop two battery sizes, similar to what they have done with the dual-motor and single-motor Taycan. According to Car And Driver, Porsche’s North American market prefers the larger battery packs as opposed to the smaller ones, which may result in the U.S. receiving only the large battery Macans. 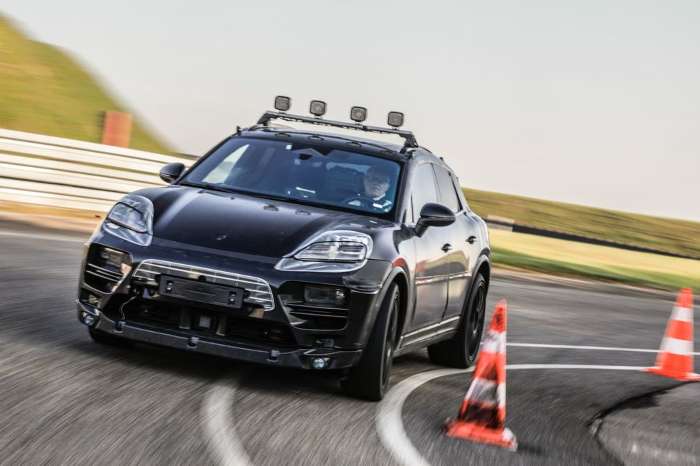 Porsche hasn’t released any official range test numbers, however, the company claims that the Macan EV will have “significantly” more range than the Taycan 4S, which has the best EPA-estimated range at 227 miles per charge.

Based on those figures, it is expected that the Macan will start to improve its range numbers in closer proximity to its direct competitors like the Tesla Model Y, which boasts a 303-mile EPA-estimated range. 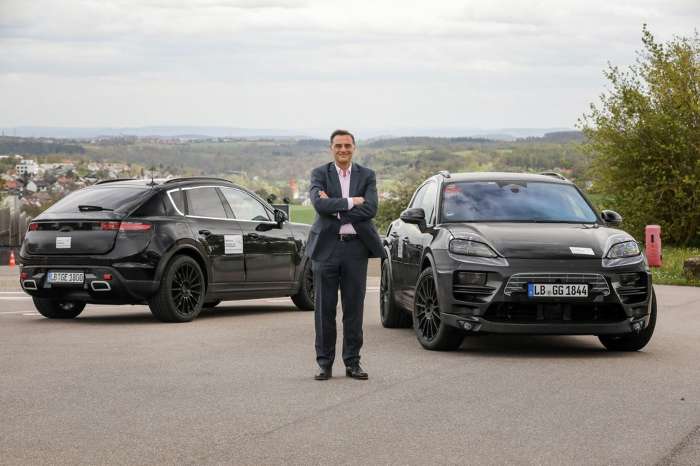 The official photos indicate that the Macan EV will have a slightly different front end. What looks like plastic film is sitting where a grill would be on the gas-powered car, most likely to hide the true look of the front end. Porsche’s Executive Board Member for Development, Michael Steiner, hinted that the design relationship between the Macan EV and the regular model will be similar to that of the Taycan and Panamera sedans.

Other than the differences we can see in the photos, the electric and gas version of the 2023 Macan will most likely look somewhat similar on the outside. The interior shots that were provided hardly give a clear image of what the EV will feature. The only interior shots are those that show bare metal A-pillars and a firewall. 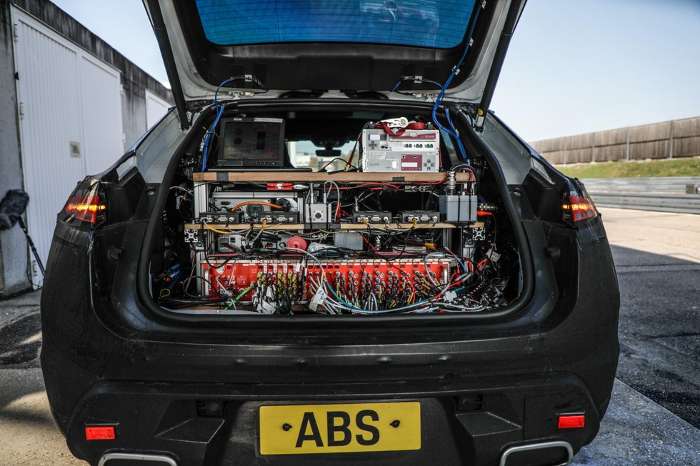 The 2023 Macan EV will likely show up again by the end of the year, when the refreshed gas-powered Macan is launched. Stay tuned for more Macan EV updates and Porsche news.