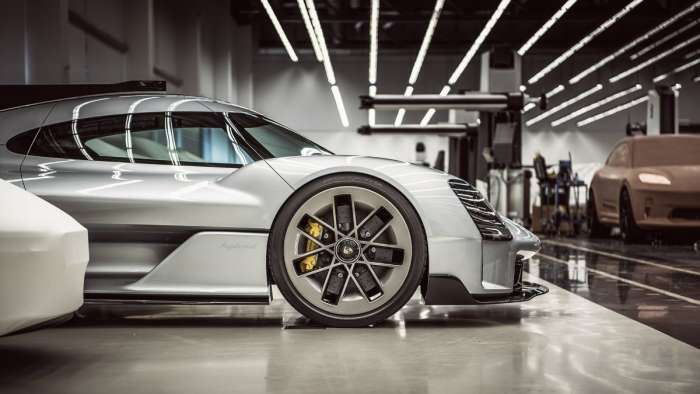 Is this EV Porsche Macan tease too good to be true?
Advertisement

There’s been so much excitement to report about Porsche in the last week that even we could barely catch up. With the brand’s rapid release of “Porsche Unseen”, it wouldn’t be too hard to accidentally miss something important. Thankfully, we looked back and discovered something quite interesting.

One of the pictures in the book depicting a 919 Hybrid road-car concept also shows a clay model of what appears to be the new electric Macan hiding in the corner.

Amongst all these amazing unseen photos, we were certainly suspect that Porsche’s clever media team would have something sneaky in at least one of the press pictures. After all, it is the perfect opportunity. 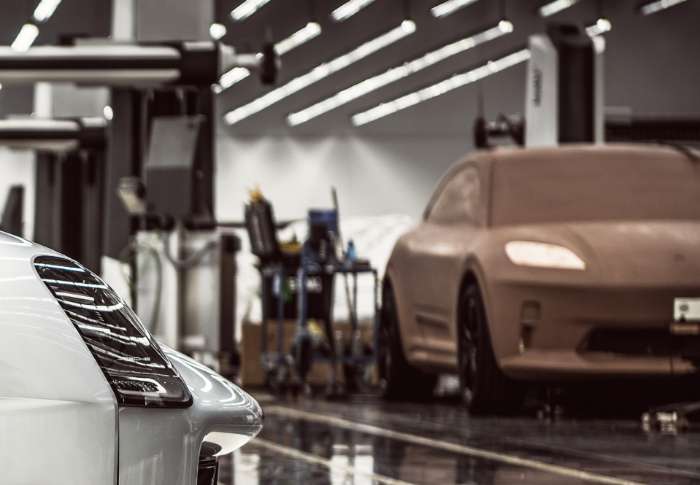 Let’s put on our tinfoil hats, shall we?

The first thing that jumps right out is the illuminated headlights. They have a peculiar shape that isn’t quite fully Macan but looks a good deal like the Taycan’s lights. The body style of the clay model shares a lot with the current Macan in its small stature and squatty look.

But what makes us think it is electric just from the picture? Well, as you know, an internal combustion engine needs a fair amount of fresh air flowing through the engine bay for the engine to inhale, usually coming through hood scoops and grilles. The clay model has neither of these intakes, only a lower air duct, much like Porsche’s all-electric Taycan.

Porsche hasn’t officially released anything about the electric Macan except a few basics. We know that it will have quicker charging times due to Porsche and Audi’s co-developed PPE platform. PPE stands for Premium Platform Electric and will host both company’s future EVs. 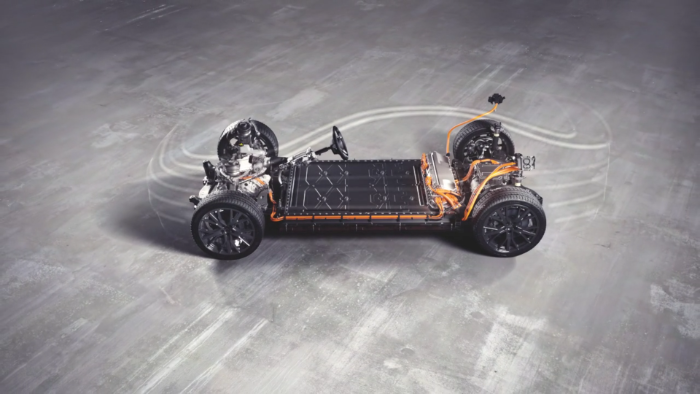 Porsche plans to invest around 6 billion euros in electric cars over the next few years through PPE, charging stations, and other important ventures. This means that the presumed 2022 release of the electric Macan will be a big one.

The Macan will benefit largely from PPE with capabilities to gain an extra 62 miles in 4 minutes of charging, and 250 miles in around 20 minutes. This is all thanks to PPE’s 800-volt system potential. Porsche has also demonstrated even quicker charging times with an upgraded 450-kilowatt unit as opposed to the standard 350-kilowatt charging stations.

We hope to see a few different versions of the electric Macan. The Taycan already has a new “Cross Turismo” variant, so we could possibly see an electric Macan Coupe, of which the gas version was released earlier this year.

We are painfully aware that this could just be “boy who cried wolf”, but Porsche has always loved to do little leaks like this. Back in February, they made a Superbowl commercial with an easter egg of the-then unreleased GT3 RS, and for all we know, this could be a similar instance.