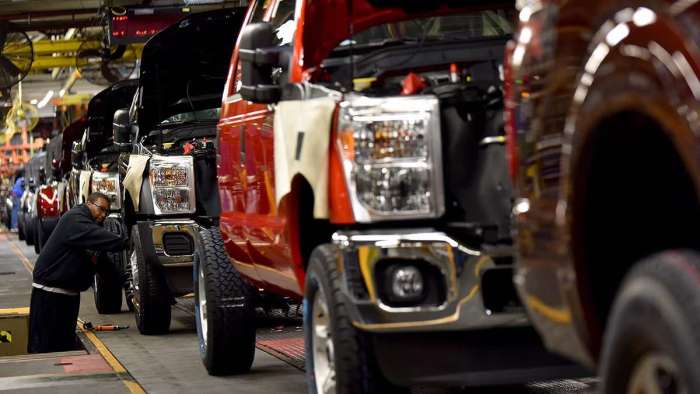 Borg-Warner factory in Seneca, South Carolina destroyed by tornado, produced transfer case for Ford F-150 and other Ford vehicles. Ramifications could be huge and financially devastating for Ford as they try to emerge from corona virus production halt and a tough economic situation.
Advertisement

2020 has not been a good year for anyone. That’s especially and historically true for Ford Motor Company. With all of their plants shuttered right now, in America and around the world, Ford’s production is essentially at a standstill.

As such, they’re losing an estimated $165 million per day. Ouch! And now, to make matters worse, a tornado struck a factory in Seneca, South Carolina. While this was not a Ford assembly plant it was a factory for key auto parts supplier Borg-Warner.

The Borg-Warner Seneca plant, which was essentially destroyed by a tornado on April 13, further complicates Ford’s ability to produce F-150s and other vehicles. The Seneca plant manufactures transfer cases for Ford.

These transfer cases are a vital part of the F-150’s four-wheel drive system and could hold up any production re-start at the Dearborn Truck Plant and Kentucky Truck Plant. 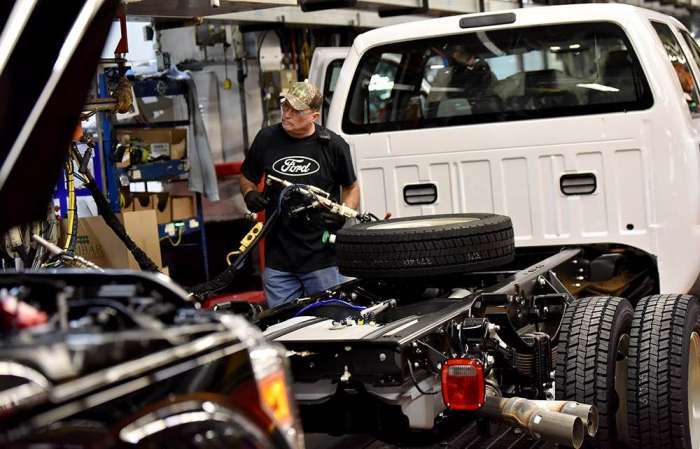 What Vehicles Are Affected by the Borg-Warner Plant Tornado?
The transfer case part is included in the following Ford vehicles: Explorer, F-Series, Expedition and Transit. Additionally it also is part of the Lincoln Aviator and Lincoln Navigator.

This transfer case is part of the 2020 model line as well as the 2021 F-150 model line (for four-wheel drive trucks). Additionally, Borg-Warner also provides the transfer case for some Toyota trucks and Ram 1500 vehicles too. So those automakers will likely face production issues as a result of this natural disaster.

Ford alerted the Federal Securities and Exchange Commission about the potential financial strain this could put on their bottom line. In the filing to the SEC, Ford said: “Currently, the time to resume operations, partially or in full, cannot be estimated, and we have not yet determined the full impacts to our financial position, results of operations or cash flows, including the timing of those impacts.”

Ford’s official response regarding the Borg-Warner Seneca Plant issue is: “We are working closely with the supplier to manage the situation and to determine the next steps.” 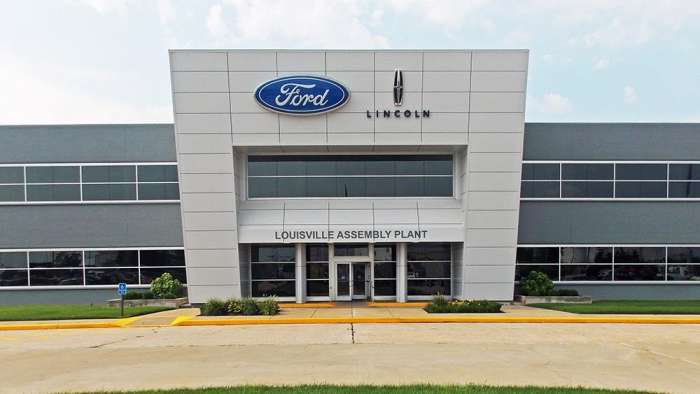 When Will Ford’s Production Restart?
This is the big question. While Ford is negotiating now with the UAW to begin a startup of their production facilities, no firm date has been officially announced.

An anonymous source told me that at the Louisville Assembly Plant two shifts will start up as early as May 4. With a second crew starting back May 11. That is all subject to change according to state and federal decisions as well as UAW approval.

Kelli Falker who is a communications specialist at Ford said, "Ford and the UAW continue working closely on initiatives to keep our workforce safe when we restart our plants. Despite reports to the contrary, Ford has not yet determined when it will resume production in its North American plants. We are continuing to assess public health conditions, government guidelines and supplier readiness to determine when the time is right to resume production."

Ford’s Cash Flow Issue
I don’t usually get into the complicated financials of the auto business. And while the market is volatile, and certainly right now due to corona virus shutdowns it’s more volatile than ever for Ford.

I saw a recent story by an automotive expert for Forbes. He postulated that Ford may be in their biggest financial spiral in their storied history. Forbes contributor Jim Collins said: “It seems that the extraordinary toll taken by COVID-19 may have finally been enough to convince Ford and the Ford family, its controlling albeit minority shareholder, that the Blue Oval cannot do it alone.”

And you can almost read the tea leaves in a recent press release from Ford regarding their liquidity and financial situation currently. The press release from Ford said: “We continue to opportunistically assess all funding options to further strengthen our balance sheet and increase liquidity to optimize our financial flexibility,” said Tim Stone, Ford’s CFO. “We also are identifying additional operating actions to enhance our cash position.”

Collins says it’s clear that Ford has a cash flow problem that continues to compile as evidenced by their decision to eliminate their stock dividend payment plan. And the news of this tornado damage at a key parts manufacturer will only make matters worse at the Blue Oval.

Ford has pulled out of tailspins before and they certainly could do it again. But, could another industry partner buy Ford or partially buy Ford and help continue their successful product line? That is something that could shake out later this year or heading toward 2021. 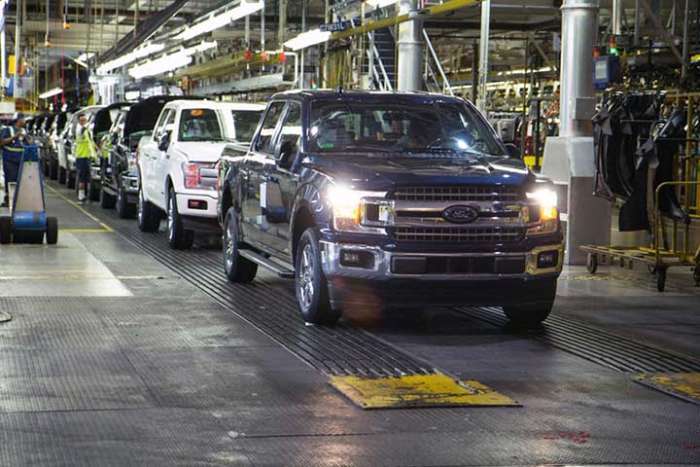 I normally don’t like doom and gloom stories. There’s too many of those right now. So apologies for this, but I wanted to make sure this story got reported on as it really slipped past most automotive news sites with pandemic talk dominating headlines.

What do you think about another company coming in to buy up Ford, or at least partially buy Ford to help with their current financial situation (leave me a comment below)? I have said for quite some time that the most logical partner in that scenario is Volkswagen. The things VW does well, Ford does not and vice versa as VW has no trucks and very little electrification in their product line. Seems like a great industry pairing to me. But, as we hear over and over, we live in uncertain times. So let’s see how it goes.