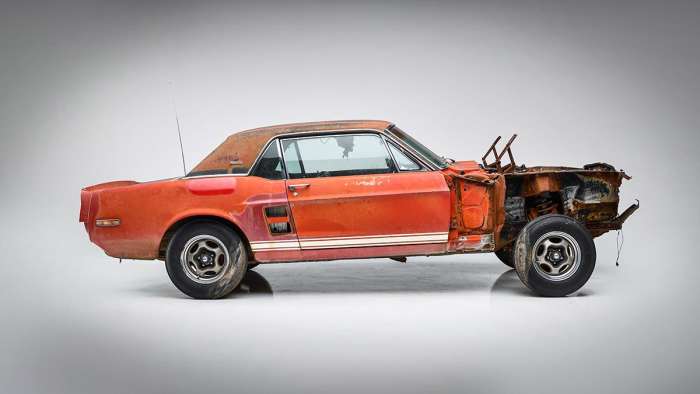 Legendary ‘Little Red’ 1967 Shelby Mustang Restored Back from Dead, Will Be Unveiled At Barrett-Jackson

Carroll Shelby’s prototype 1967 ‘Little Red’ Mustang to be restored to glory and displayed at Barrett-Jackson Auction in Scottsdale, Arizona.
Advertisement

Hot on the heals of the original Bullitt Mustang going for a record $3.4 million during Mecum last week in Kissimmee, Florida, now there’s more famous cars heading to auction at Barrett-Jackson. The Barrett-Jackson Auction in Scottsdale, Arizona is a car lovers bucket list destination. Cars of all makes and models go up for auction and you get to see how the other half lives. Perhaps as magical as the Bullitt discovery, another legendary Mustang will be trotted out onto the auction block this week at Barrett-Jackson. The legendary ‘Little Red’ has a remarkable discovery story and none of us can wait to see how it looks restored to glory.

The Story Behind 'Little Red'
Carroll Shelby’s Little Red 1967 GT500 prototype was once thought to be destroyed. Scott Jackson (of Barrett-Jackson fame) and famed car restoration expert Jason Billups discovered Little Red’s existence on a farm in Texas in 2018. Suddenly, Little Red now becomes the “Holy Grail” of lost collector cars and barn finds. Barrett-Jackson is full of great stories like this, but Little Red is even more special. It is the only GT500 coupe (hardtop) built by Shelby American. Little Red is also the second GT500 to be serialized and completed.

"Finding Little Red is the discovery of a lifetime,” said Jackson. “This Shelby prototype has been one of the most sought-after and elusive vehicles in post-war history. Countless enthusiasts and experts have searched for Little Red since it went missing in the 1960s. Many believed it was destroyed when the car was no longer needed. I’m excited to announce that was not the case,” Jackson said. “We’ve found Little Red and we intend to meticulously restore this legendary car back to its original glory.”

The big-block Shelby notchback coupe was an experimental car created by Ford Motor Company in partnership with Shelby American. Lee Iacocca loved this prototype so much that it eventually became the basis for the popular 1968 Mustang California Special, which in and of itself is a collector.

According to Billups, locating the car was quite a challenge. “Locating Little Red was tantamount to finding the proverbial needle in a haystack,” Billups said. “After our initial research we realized that, like others before us, we were using the wrong search criteria. We located the car’s original Ford VIN number, which wasn’t easily discoverable. That VIN led us to its original registration and eventually to its last owner.” 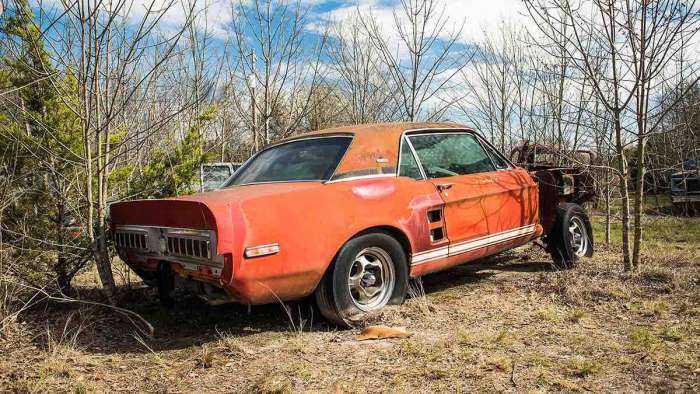 Jackson is proud of the restoration job on ‘Little Red’ and can’t wait to show it off during Barrett-Jackson this week. He wants this to be a car that the entire Mustang community embraces. He’s soliciting crowd source documentation of this car. Prior to restoration ‘Little Red’ had made appearances at car shows. Jackson invites the public to submit personal accounts, stories and photos that feature ‘Little Red’ to the website www.shelbyprototypecoupes.com.

See you in my next story titles ‘Little Red’ and ‘Green Hornet’ Shelby Mustangs Restored to Glory.

Jimmy Dinsmore has been an automotive journalist for more than a decade and been a writer since the high school. His Driver’s Side column features new car reviews and runs in several newspapers throughout the country. In addition to being a nationally syndicated automotive columnist, Jimmy has been published in a compilation book about children growing up with disabilities, where he shared his own very personal experience. He is also co-author of the book “Mustang by Design” and “Ford Trucks: A Unique Look at the Technical History of America’s Most Popular Truck”. Also, Jimmy works in the social media marketing world for a Canadian automotive training aid manufacturing company. Follow Jimmy on Facebook, Twitter and LinkedIn. You can follow most of Jimmy's stories at Torque News Ford coverage. Check back again and search for Torque News Shelby Mustang for more Ford Mustang reporting from Torque News expert reporters.

Tsingshan's Threat to Tesla: EV Maker Is In Battery Crosshairs
Tesla-Funded Research Reveals One of The Biggest Mysteries of EV Battery
END_OF_DOCUMENT_TOKEN_TO_BE_REPLACED