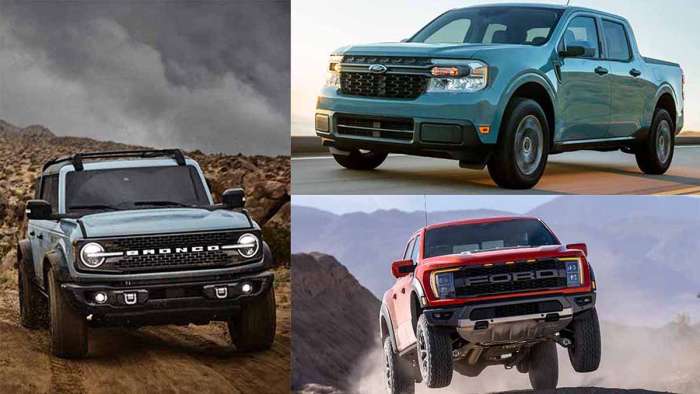 Mustang Mach-E and Ford F-150 won the 2021 Utility of the Year and Truck of the Year. Here’s why the Bronco and Maverick should give Ford back-to-back wins.
Advertisement

“It’s an honor just to be nominated.” That cliché from nominees for acting awards applies somewhat to several of Ford Motor Company’s key vehicles. Three of Ford’s newest vehicles are among the 38 cars, trucks and SUVs listed as candidates for consideration for car, truck and utility vehicle of the year for 2022.

The North American Car, Truck and Utility Vehicle of the Year (NACTOY) Awards announced that 38 cars, trucks and utility vehicles will be eligible for the 2022 awards.

"This year's mix of eligible new vehicles highlights both existing and emerging trends in the automotive industry," said NACTOY President Gary Witzenburg. "Utilities of all types and sizes continue as the largest and most popular vehicle category, so the large number of them comes as no surprise. However, the number of eligible pickups is the most we've seen in several years, reflecting trends toward smaller pickups and electric trucks, some from emerging startups."

Startups and newcomer brands like Lucid Motors, Karma, and Rivian offered vehicles for consideration by the jury of established automotive journalists. These electric vehicle manufacturers show how the tide is turning.

"The high numbers of both electric vehicles and new manufacturers make 2022 especially exciting and difficult to predict," Witzenburg said.

These candidates will be dwindled down to three finalists per category. Jurors will narrow the list with a preliminary vote in September, then will conduct additional driving evaluations through the rest of the year, including during an October comparison drive in Ann Arbor, Michigan. Semi-Finalists in each category will be announced in September, Finalists in November and category winners in January. 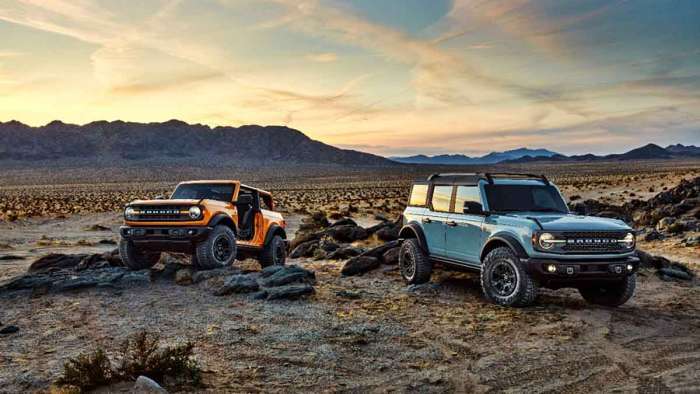 Why The Ford Bronco Will Win North American Utility Vehicle of the Year
I am not a member of the NACTOY jury. I do know several members of the jury, but do not discuss any of the nominations with them, as they are sworn to secrecy. This is a high and esteemed honor and I have the utmost respect for the jury and the process.

That being said, it’s a foregone conclusion that the two-door and four-door Bronco will be one of the three finalists. Although there are a lot of candidates in the Utility Vehicle category, no vehicle is more highly anticipated nor has the rich history of the triumphant return of the Ford Bronco.

The iconic Bronco will likely wow the jury members and although there’s no hybrid or EV part of the Bronco’s powertrain (a trait the jury seems drawn to), it will be too fun and too glorious for the jury to ignore. 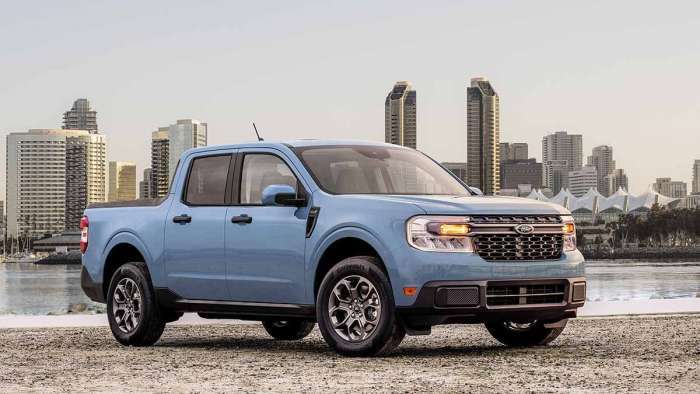 Why The Ford Maverick Should Win North American Truck of the Year
If you read my story about the Ford Maverick, you saw I tipped my hat a little and showed how much I thought the small hybrid pickup truck from Ford would be a game changer.

The size, the price and the fuel economy seems like a winning combination. Clearly the jury agrees to some extent as the Maverick has made the candidates list before a single Maverick has been driven.

While the third-generation Ford Raptor also makes the list of candidates, I think it’s the Maverick that will be the darling of the jury vote. It’s different, occupies a new segment and has a hybrid variant that should hit home with the jury members.

The wild card will be whether the Ford Raptor, which will be a blast to drive in its own right, will steal attention and votes away from the Maverick. I do not expect both Ford vehicles to be chosen as finalists, but perhaps the Raptor makes it to semifinal level.

Final thoughts
The truck candidates are loaded with contenders. The Hyundai Santa Cruz is a direct rival to the Maverick. Then there’s the quirky but much publicized Tesla Cybertruck. Tesla has a contentious relationship with the media, so I’d be shocked if the Cybertruck made it past the candidate round. I was surprised the F-150 Lightning was not a candidate as it would be a very likely candidate to win it all if were. That would be two years in a row for the F-150 if that were to happen, and that’s another reason the Raptor likely won’t win.

Having seen the list, I want to hear your predictions. Leave them below in the comments.