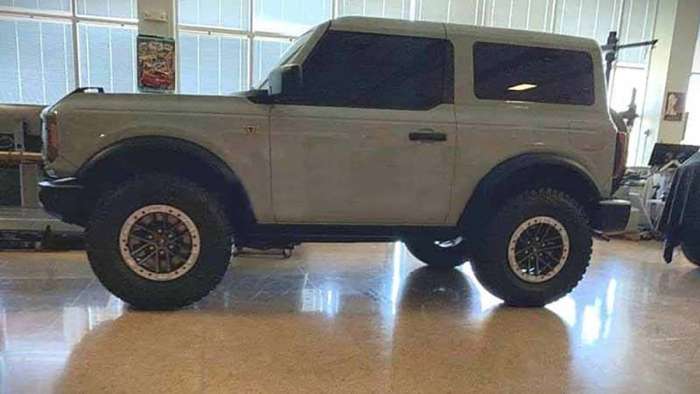 The 2021 Ford Bronco and 2021 Ford Bronco Sport are both ready to be revealed according to Ford. Both were set for public reveals in April, but now may be delayed due to COVID-19 scare.
Advertisement

We have all waited patiently for months, even years, for the reveal of the new Ford Bronco. Ford has dragged this launch and unveiling out for far too long. And just when we get so close to seeing the sheet pulled off this iconic four-wheel drive vehicle, the Corona Virus (COVID-19) scare has put the reveal in doubt.

While Ford has not made a formal announcement one way or another about when the official reveal of the Bronco and Bronco Sport will be, with the postponement of the New York International Auto Show (NYIAS), we simply don’t know when the big reveal will happen now. Ford was going to show off the Broncos in New York, but now that show is delayed until August. Surely, Ford won’t wait that long.

How Many Doors Will The 2021 Ford Bronco Have?
The rebirth of this legendary off-road vehicle has been a long time coming. It’s been nearly four years since Ford teased of the Bronco’s reincarnation. And now we’ve seen photos and had information leaked regarding the bigger of the two Broncos. We know it will be available in both four-door and two-door variants.

What Engine Will The 2021 Ford Bronco Have?
We also know, as I reported on, that it won’t get a V8 (as of yet) but will get the Ecoboost treatment from Ford. That’s okay with me, but might upset some traditionalists who will want a V8. Also, supposedly, there will be a manual transmission option which will placate the V8 objectors, I think.

Will The New Bronco Have Removable Doors?
Yes! There will be removable doors and roof, similar to the Jeep Wrangler. Some photos leaked show a soft-top variant too. To compete with the Wrangler (which is the main objective) and to hold true to what the Bronco used to be, all of these things need to happen.

Will Ford Put The Sync 4 System into the Bronco?
It’s believed (unconfirmed by Ford) that both Broncos will get the new Sync 4 infotainment system. The new Mustang Mach-E is confirmed to get this, and an email from someone at Ford told me the plan was to put Sync 4 in most of the upcoming product line. So it’s a safe bet both Broncos will get the highly-praised Sync 4 system. 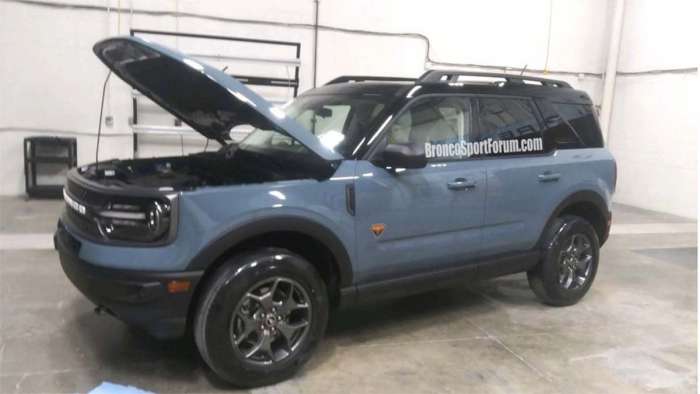 Details on the 2021 Ford Bronco Sport aka the Baby Bronco
When spy shots leaked out of the Bronco Sport, many in the forums were lukewarm. It looked too much like a grocery getter. Too feminine, too pedestrian. And that certainly appears to be the case. The Baby Bronco seems to have its sight set on taking on the Jeep Cherokee/Renegade and Chevy Blazer segment, rather than be some kind of off-road beast. Leave that up to the bigger Bronco.

How Much Will The 2021 Ford Bronc Sport Cost?
To answer this we have to make some assumptions. We can assume that the baby Bronco will cost a little more than the Escape, but less than the Edge. So that puts the starting price for a base trim around $27-28,000.

How Will The Corona Virus Affect the Ford Bronco?
With the NYIAS delayed until August, we can assume Ford won’t wait until then for the big reveals. Let’s hope we see the Bronco sooner rather than later. It’s very important for Ford to do right by the Bronco.

Likewise, don’t freak out over the watered-down look of the Bronco Sport. Realize that Ford is clearly aiming the baby Bronco at a more youthful buyer, with that Bronco Sport functioning as a daily driver. Meanwhile, the big Bronco is rugged and masculine and being available in both two-door and four-door options will excite the enthusiasts.

From what I’ve seen, Ford is on the right track with the Broncos, but can we see them already? I’ll even put a mask on to come to an event. No virus can keep me from seeing the new Ford Bronco!