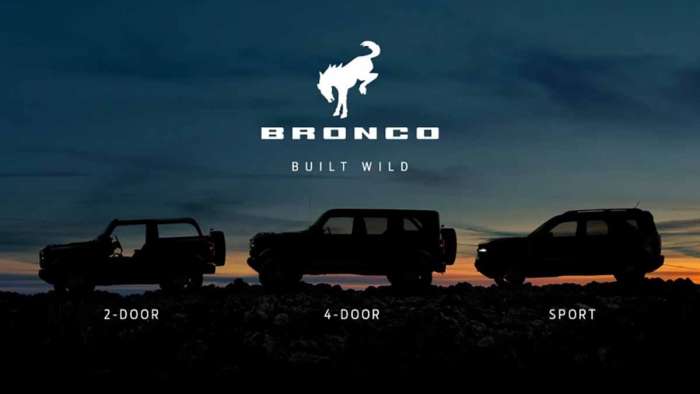 Deadline to convert your 2021 Ford Bronco reservation and $100 into an order has been moved back twice now. Ford made the move to allow potential buyers to switch up their order after many slight changes were made to the initial Bronco offering, including the manual transmission availability.
Advertisement

Remember the episode of Seinfeld (my favorite show) where George proclaimed it to be the summer of George? Well this summer has been the summer of Ford!

With the successful launch of the all-important 14th-generation 2021 Ford F-150 then followed up by the highly-anticipated 2021 Ford Bronco, Ford has been very busy this summer. With that business and buzz generated from these launches, there would naturally be some growing pains.

While the feedback and excitement related to the Bronco has been incredibly positive, some of the aforementioned issues generated from trying to order a Bronco have been frustrating to many customers.

First, Ford had to extend the number of Limited Edition Broncos that would be available because the demand was so high. Then, almost at the same time the overall order demand was so high with seven million page views in the first two hours of the Bronco launch that the reservation site at ford.com crashed.

I guess that’s a good problem to have. But now, that more than 100,000 people (could be more) have laid down $100 to reserve their two-door Bronco, or four-door Bronco or Bronco Sport, Ford has new problems.

The date to lock in your reservation, and turn that $100 into a non-refundable actual order, has been pushed back from the end of October to the end of January. This gives consumers the chance to spec out their Bronco just as they want.

Part of this process includes finalizing colors, options, trims and even accessories purchases. With 200 aftermarket accessories, a two-door and four-door version, plus the Bronco Sport, along with seven total trims and five packages, the possibilities are endless as to how you can order your 2021 Bronco. Plus Ford puts their G.O.A.T (go over any terrain) system in each trim. Some offer more G.O.A.T options than others. Plus, the 2.3-liter Ecoboost is standard for most trims. And it’s important to note that the 7-speed manual transmission is only available with the 2.3-liter, not the 2.7-liter Ecoboost which will have a 10-speed automatic. 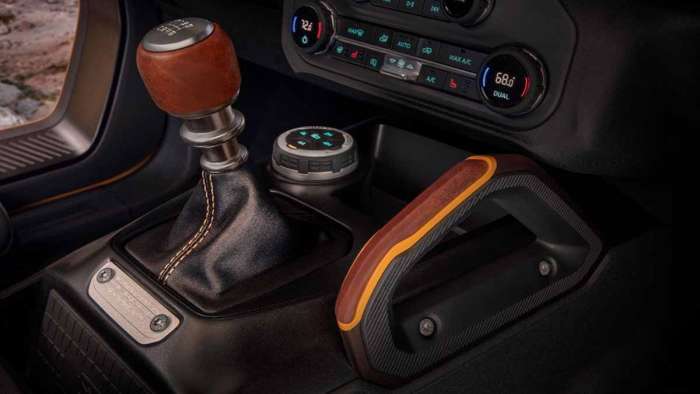 Kudos to Ford for listening to what customers demand. But what will this do to production and deliveries of the Bronco?

Pricing Matrix For 2021 Ford Bronco
I’ve enjoyed playing with the pricing matrix for the 2021 F-150. I did a whole story on pricing out a “cheap” version and an expensive version. There’s yet to be a Bronco pricing matrix live, as I mentioned. And now it’s delayed further.

What effect will this have on the Bronco production and the Bronco delivery. That remains to be seen. I was told by someone at Ford who wanted to remain anonymous that neither production nor delivery was going to be delayed, as of now.

Likely the First Edition Broncos and the Bronco Sports will be the first ones out. Some of these more specialized Broncos with specific trims and accessories will likely fall to the back of the production book.

I heard from a Ford dealer who also wanted to be anonymous that while Ford is claiming delivery starting in early Spring, this delay will likely also push those deliveries to at least late Spring or early Summer now.

Also, that same Ford dealer told me that some 2021 Broncos may not actually get delivered until 2022. The demand is high and that’s a good thing, but customers who have wait so long for this iconic vehicle to be launched might grow extra impatient now waiting for their order. 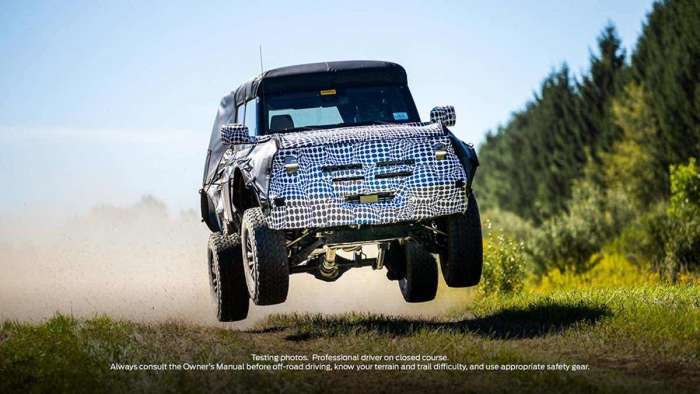 Bronco Tidbits
We’ve covered the Bronco extensively throughout the summer. Follow all of the Bronco news here at Torque News on our Bronco-dedicated page.

Will there be a Raptor-like version of the Bronco? We know the name Warthog has been claimed by Ford and they’ve already teased out images of this off-road. The only speculation that surrounds this, is will it have a V8? I still stand by my story earlier this year that says it most certainly will have a V8 and likely be delivered around 2023.

If you’re a podcast listener and a Bronco enthusiast you will want to tune in to the 8-part series “Bring Back Bronco” which explores the history and heritage of the Bronco nameplate. My colleague Marc Stern wrote a nice piece about this podcast.

Have you ordered your Bronco? Are you sticking to what you ordered or changing it? I want to know your experience and hear about your build. Leave me a comment below with how you’re building your Bronco and if you’re ready to turn your $100 deposit into an order.

Jb wrote on December 17, 2020 - 11:45pm Permalink
I’m waiting patiently but that could be going away - soon - our local dealer in Colorado Springs has been very poor at any communications whatsoever regarding ordering from deposit - I’m trying to get the limited edition but now thinking in just building - I’m at $52k the way I want it. I’d really like to have the marine type seating bc I’ve got my Golden which sheds a lot. I can’t find out if that’s an option or specific to model - who knows. I’m number 8 on the list of deposits in southern Colorado so we’ll see - the most frustrating again is the dealership is not communicating with the buyers - laziness or what? Time will tell ... A simple email would help those of us with questions. I wish Ford would get their A game on rather than excuses - disappointing ! I think their intended professional / successful Release has gone out the door - I’m betting a lot of individuals are starting to think twice - after all it’s a car and there are many choices out there.
Dave Hansen wrote on February 1, 2021 - 10:21am Permalink
I made the res online and was contacted by local dealer here in New Hampshire. Made appointment and arrived to place order and they were totally unprepared. The salesman was not very good with the system and received very little support from any manager or colleague. I checked my order added one other simple item and that was it. They didn’t talk finance or anything. The price was on the order copy they gave me and he said I was all set. I’ve heard from other people that their local dealers gave them feedback regarding is there any potential delay/issue with a certain option. Not sure but have very little confidence in this being handled properly. Excited for the Bronco but my dealer here needs to up their game a little. Very poor sales experience.