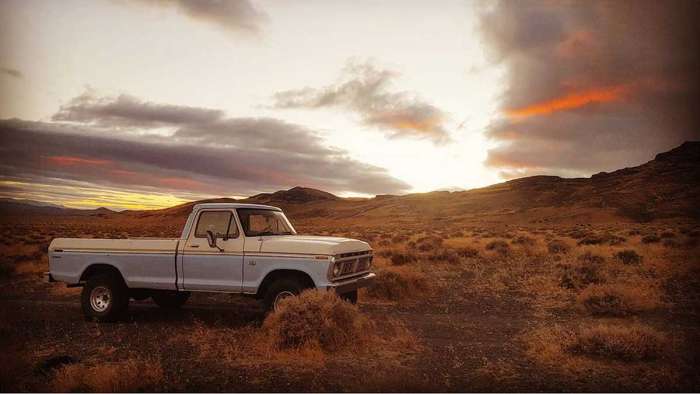 I was going to try to do some April Fools kind of joke announcing that Ford would produce a 2020 Ford F-100 as a special heritage edition. But I figured this year, April Fools jokes are in poor taste. So, instead I’ll do a story saying what a shame it was that Ford didn’t create such a vehicle. I think it’s a missed opportunity for the Blue Oval.

Imagine how awesome it would’ve been for Ford to send out the 13th Generation F-150 with a special throwback version, complete with two-toned exterior with the F-100 logo emblazoned on it (similar to the 1976 F-100 pictured here). That would’ve been a great way to conclude the 2020 model year as Ford prepares for the next-generation 2021 Ford F-150.

Earlier this year, I wrote about how the “retro” look was popular for F-150 buyers at many Ford dealers. Adding two-toned exteriors and light bars to modern F-150s seem to be quite a popular fad. So it’s safe to assume that had Ford done a heritage issue with a flareside or styleside 1970s vibe it could’ve been a collector’s item.

But alas Ford missed this opportunity. So let’s take a stroll down memory lane and look at the first year (technically) for the Ford F-150. 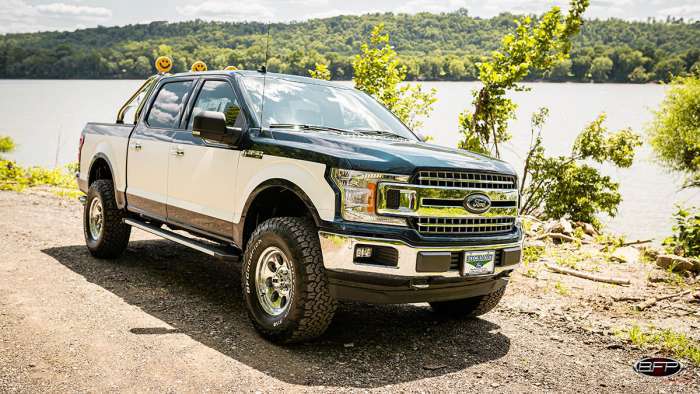 The 1975 F-100 weighed 6,050 pounds and thus created a loophole. Ford changed the name and marketed it as being a half-ton truck with the capability of a F-250. The name changed worked around government regulations and also vaulted sales of the truck to make it the best-selling vehicle in 1975.

Ford continued to produce the F-100 in some capacity through 1983. 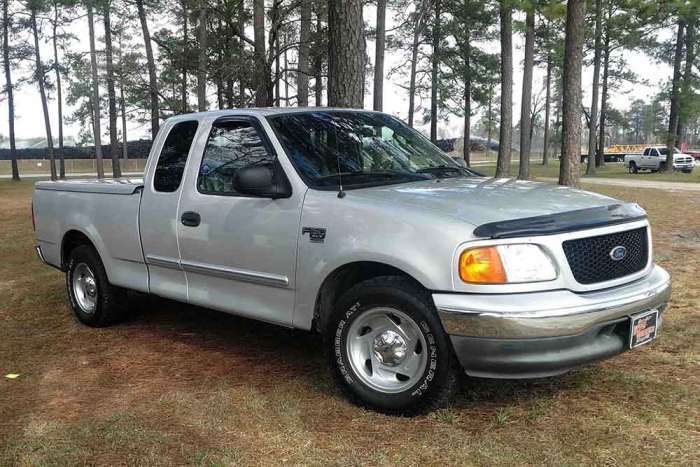 The Last Time Ford Produced A Heritage-Edition F-150
It’s not unprecedented for Ford to produce a heritage edition, so my what-if scenario is not so far-fetched or some kind of April foolishness. In 2004, Ford created the F-150 Heritage. It was technically part of the 11th Generation F-Series, but carried over styling from the 10th-Generation, which was arguably one of the best generation trucks Ford has built.

Ford was so successful making 11th-Generation F-150 trucks that when it was time to switch over to the new platform, there was still parts and demand, so Ford ran out the assembly plants making limited-edition versions of the 2004 F-150 with the heritage badging.

The 2004 F-150 Heritage was available on XL and XLT trims only. It was available as a regular cab and super cab. A limited number of these were produced, but they were very popular and highly collectible.

So now imagine how cool it would’ve been for Ford to produce a similar Heritage edition at the tail end of the 2020 production. It would’ve been an excellent transition from one generation to another. And hey, that two-toned color and throwback styling would’ve been cool. If only.

Leave me a comment about what your favorite year F-100 was.