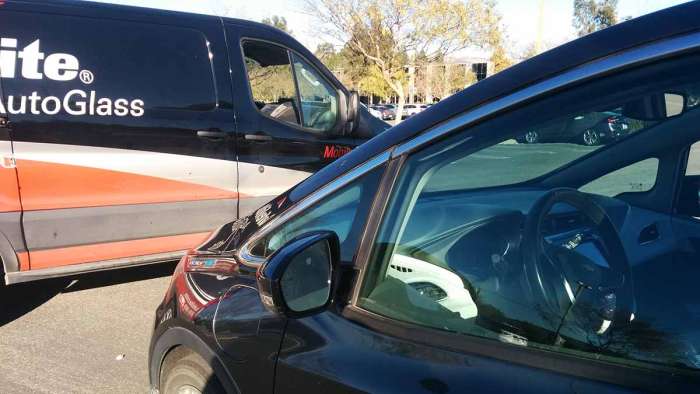 For high mileage drivers who spend a lot of time on rural and partially maintained roads, replacing a cracked or damaged windshield is a fairly common. In this story, I'll share my experiences and costs replacing the windshield in my 2017 Chevrolet Bolt EV.
Advertisement

After over 110,000 miles of driving in my Chevy Bolt EV, things are bound to break. This risk is compounded by the fact that a majority of my driving is at high speeds in fairly rural areas. Rock chips are a common occurrence, and unfortunately, incidents involving wild animals are also inevitable.

About a year and a half ago, my windshield was struck by a rock from an oncoming truck, which shot the projectile out from one of its front tires, leaving a fractured "star" on my windshield. I fixed the star myself using a Rain-X clear epoxy kit that I was able to pick up for about $10, and until recently, everything was fine. 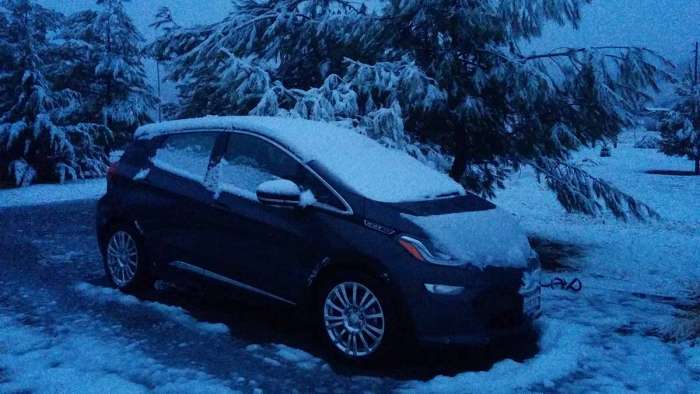 Over Thanksgiving week, however, we had a cold front move in, which dropped several inches of snow and sleet. During a short, local drive, I turned the heater on full blast, and within seconds, the still freezing windshield glass cracked from the original star all the way across the windshield and up the passenger side. Sadly, this meant that the entire front windshield would need to be replaced.

Chevy Bolt EV Windshield Replacement Could Have Been Cheaper
Before I dive into the gory details and explain all of the replacement costs, I do want to acknowledge that this windshield replacement could have been cheaper. One of the main factors that drove up the cost was that this is during the holidays, and I am pressed for time. 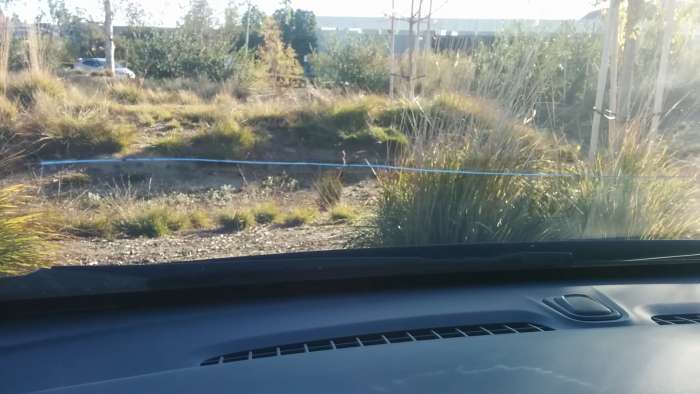 First, I am heading north again for Christmas, and we have another front coming through. I'm not going to kick off winter with a split windshield that could both break further and also earn me a ticket from our ever vigilant California Highway Patrol. Second, I have a number of work projects to close out for the year, and I simply cannot take time out of my day to drive the car to a shop only to wait several hours during a workday.

Also, I could have worked through my insurance; however, that not only adds a layer of complexity (and possibly time), but I also prefer to keep anything other than actual accidents off of my insurance.

For all of those reasons, I took the path of least resistance. I logged onto Satellite's website, walked through their online ordering process, and scheduled an appointment for a technician to come to me to replace my windshield. So how much did it actually end up costing me to have the entire windshield replaced?

Cost to Replace a Chevy Bolt EV LT Windshield
Because I have the Chevy Bolt EV LT, my car and windshield are very simple. I don't have rain sensors, a rearview mirror camera, a lane departure warning system, or any other features that add complexity to the windshield. My Bolt EV LT's windshield is just a basic piece of glass.

The cost for the windshield itself was $499.99, and had I taken my Bolt EV into the shop myself, installation would have been included. However, because I couldn't afford to take the time out of my day to drive the 50-mile round trip to the shop plus the one to two hours I would need to spend in the shop, I also had to pay an additional $34.99 service fee for a technician to come to my office and replace the windshield.

In addition, I was also charged a $9.99 disposal feel, but I declined Safelite's offer for a $36 windshield wiper replacement. That's actually about the price I typically pay for Bolt EV wiper blades, but I would rather purchase and install those myself.

With the additional $31.90 of local and state sales taxes, my total cost to replace my Chevy Bolt EV LT's windshield was $576.87.

Other Cost Considerations for Chevy Bolt EV Windshield Replacements
Again, I must emphasize that the windshield replacement cost in my Chevy Bolt EV might not be reflective of the price other Bolt EV owners might pay. The LT trim of the Bolt EV is very basic, and it is designed to be low cost. Both in terms of upfront purchase price and long-term ownership costs.

Also, had I taken the time to shop around and take my Bolt EV into a local shop (rather than using a national chain), I likely could have saved several hundred dollars off the cost of the windshield. Plus, Bolt EV owners who choose to work through their insurance might only pay a couple hundred dollars (whatever their deductible is).

Finally, this wouldn't be considered warranty work. Several early Bolt EV owners had to replace their windshields that cracked in a very similar way as mine. In those cases, it was not due to external damage that undermined the integrity of the window but rather manufacturing defects. In those cases, there would be no out-of-pocket expenses required to replace the windshield.

Conclusion
Overall, my windshield replacement was smooth and painless. Only one day had passed from the time I ordered the replacement online to the time the technician was handing me the keys back to my Chevy Bolt EV with a brand new windshield. I could have probably spent less money on the replacement, but doing so would have required me to take at least half a day off of work, which was not an option. 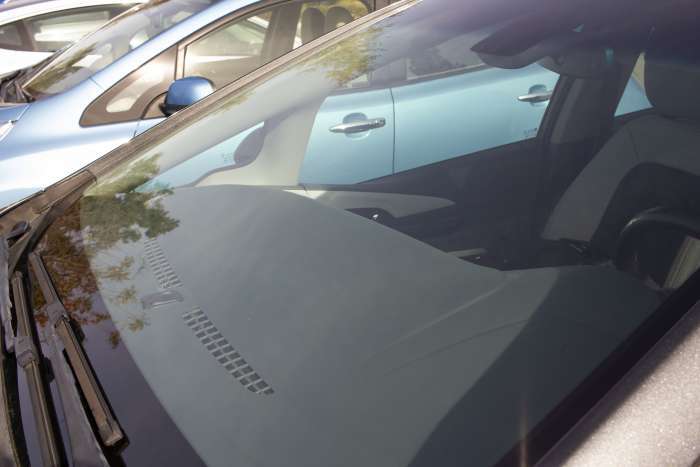 Hopefully, windshield replacements aren't a common occurrence for Chevy Bolt EV owners, but nonetheless, I hope this is helpful information.

See you in my next story where I discuss what I learned from my Chevy Bolt which was seating unplugged in the cold.

Jean-Pierre White wrote on December 24, 2019 - 8:10am Permalink
Can't you submit a claim to your insurance after the fact? What's the worst that can happen?
Marc Stern wrote on December 24, 2019 - 1:08pm Permalink
In some states, the windshield replacement, since it is a vital part of the car's overall struccture, is free, as the insurance will pick it up lock, stock, and remote start. You shouldn't have to pay for it yourself.
Duke Woolworth wrote on December 24, 2019 - 5:31pm Permalink
If you thought your Bolt wipers were big, you haven't seen the 30" ones from the '14 and on Citroen Picasso from Ebay or Amazon. and both sides are okay and don't interfere with each other, as I had worried. Each is driven by its own motor, and the driver side wiper stars just before the passenger side one so they don't conflict. And they're not expensive, and easy to change. just make sure they're top lock type.
Tim Bacher wrote on December 25, 2019 - 2:54pm Permalink
Advocates should not be reporters..
Windshield wrote on June 24, 2021 - 11:32am Permalink
Informative post about windshield replacement