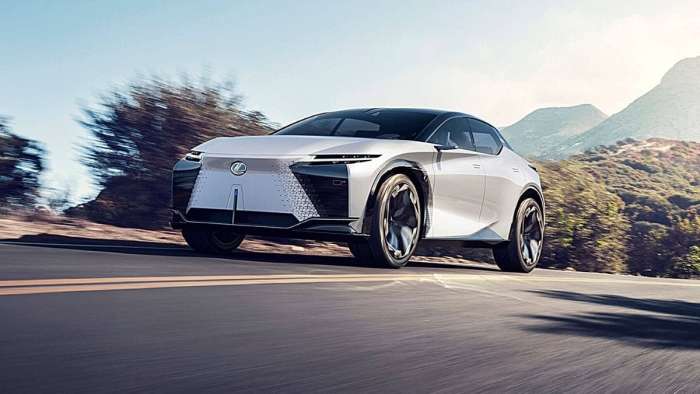 Toyota seems to finally have its head in the game and with the debut of the LF-Z concept, it seems they are holding nothing back. Take a look at why this concept is my favorite "EV to come" over the others out there.
Advertisement

Lexus, to me, has always been a superior brand over many of the luxury cars out on the road. Growing up, I watched what my parents drove and how often their Mercedes, Volvo, Cadillacs, and Lincolns were getting worked on.

As I grew older, I learned about Toyota and its luxury line, Lexus. I discovered that Toyota built Lexus to compete and be the best; how true that has been. Once we put mom into an LS400, she never looked back and hardly ever had it worked on. 20 years later, she is still enjoying everything about her Lexus.

Lexus is more than a luxury brand. The company built on a Toyota base is driven to find modern solutions for modern problems. I have to admit, though, I was skeptical that with all the investment into HFCV, Toyota would not play the EV game. I am glad that I am wrong.

The LF-Z Electrified is a Lexus first all-electric car slated to be ready for sale in 2025. If I can put a pre-order down now, I will gladly do it. Why? Read on to find out.

Lexus - Research That Stands The Test Of Time
Do you know why the LS400 is one of my most favorite luxury sedans of all time? 1,000,000 miles of hard testing and refinement made the difference. 1989 is when LS400 came out, and those cars still are on the road today, zipping along.

Lexus took the time to do the R and D. They refined the car repeatedly until it was perfect. With times changing and the automotive industry moving to EV, this is the ideal time for Lexus to do that again.

Slated for 2025, the LF-Z concept will have plenty of time to get all the bugs worked out before it goes to market (at least, I hope so).

With Toyota developing a solid-state battery and going in on a joint venture with Tesla, the company is poised to become a leader in the alternative fuel segment. Remember, Toyota does not do anything until they can prove it; this car is no exception.

Lexus - Pursuit Of Perfection
There are plenty of other "luxury" EV cars out there, Jaguar, Audi, and a few others. Each company is fighting in the segment to make a buck, which is what they are focused on. I feel these companies are in the EV game for the sake of competing, not making a quality product. I do hope I am wrong on that.

Lexus is focused on making money and providing quality, long-lasting vehicles that can be enjoyed without the headache of problems. Are they perfect? No, but overall they rank higher than every other Luxury brand out there, and that says a lot about them.

Conclusion
The title is that the LF-Z is a noteworthy contender to Tesla, and I believe it is. Tesla Motors has done more for the EV world than any other company. They have literally changed the entire industry's opinion on electric cars, something I never thought I would see.

Tesla is a company that brought the whole package to the table. Performance, luxury, and style. What they lack is refinement which is where I hope Tesla and Toyota come together.

Tesla is a great company, and I am so excited that Elon has made it all this way; it is truly inspiring. Tesla does need some help, though, with production and the refinement of their cars. It is the small things that matter, and Tesla needs to put the polish on their final product to dial it in.

If Lexus can grab buyers' attention as Tesla has, the future for Lexus and the LF-Z concept will be bright.

That is all for today. Thank you for reading, and I look forward to seeing you in the following story. Want to know more about the Honda Clarity? Check this out.