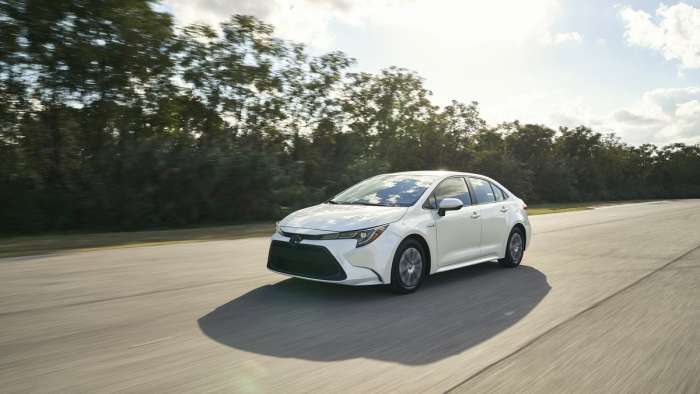 The Toyota Prius is the hybrid car that started it all. Does that mean all good things come to an end? Here are three indications that the Toyota Corolla hybrid could end mean the end of Prius.
Advertisement

The year was 1966 in Japan. The first Toyota Corolla rolled off the assembly line and into our hearts. It has been a Toyota Motor Corporation staple ever since then.

The Toyota Prius also has an origin story that has changed the lives of people who own them. The thing is, most do not know that Prius was designed with a dirty little secret. It is built on a Corolla platform.

So why didn't Toyota make their first hybrid a Corolla hybrid and carry on the legacy? I think it is because of the significance of the meaning of Prius. The name Prius, meaning to come before, was designed to be a bridge to the future of the automotive industry. Corolla did not have that type of significance even though it was a fuel-efficient vehicle.

I think now that Toyota is introducing Corolla hybrid, Prius may have outlived its usefulness. So was this the plan of Toyota all along? Here are three indications that Corolla hybrid may put an end to the Prius production.

First Indicator, Prius Was Designed From A Corolla Chassis, For A Reason
I touched lightly on this, but I want to get deeper into it. I think that Toyota knew hybrid technology was going to be revolutionary, but they needed it to have an impact that would rattle the world. Toyota chose a name that could take a beating if it failed. Corolla was a brand staple that Toyota knew if it took a hit could destroy the brand overall. 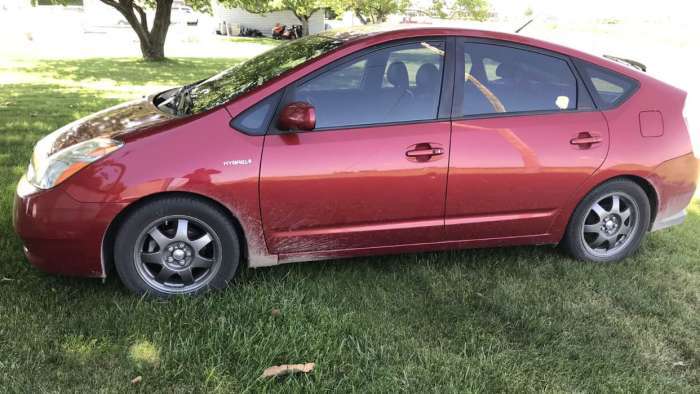 I think that Toyota knew that utilizing an existing chassis and giving it a different name was to keep Corolla secure. Think about it, not one of those people that were involved with the Prius had a clue if it was going to work. Meanwhile, Toyota could keep the hot-selling Corolla going. Great idea.

Another essential thing to consider here also is cost. Toyota was building a completely new car. Production costs would have been massive. The plant, tooling, logistics, parts, and everything in between already made the Prius a high price from the start. So using an existing chassis made sense.

I think now that Toyota has established the hybrid name, they are looking to recoup the money spent over the years keeping the Prius brand alive. It would make sense now to ax Prius and use Corolla.

The second Indication, Sedans Sales Are Falling
Think about what would happen if Toyota cut out siblings like Camry, Corolla, and Avalon. They would lose a massive part of their business. The cars that are not falling in sales are small utility vehicles like the Rav4 or Highlander.

If sedans sales are falling, it will make sense for Toyota to keep a brand that has been with them through thick and thin. Prius has been there, but Corolla has a more extended history with the company.

I think that Toyota has been analyzing this for quite some time now and finally realized it needs to be one or the other.

Conclusion
Prius, you are my homie, but when it comes down to it, your relative, I think, has a better chance of surviving. Then again, I am no wizard, and I cannot predict the future. I could be wrong on this, but I think my theory is pretty solid.

Thanks for reading. Be sure to check out my other article, Five Obvious Reasons The Toyota Prius Is The Best First Time Hybrid.

DeanMcManis wrote on November 17, 2019 - 12:33am Permalink
The answer is simple, and Toyota already said it. Their stated plans are to extend hybrid and plug-in hybrid models across their whole model line up, and their Prius models will become a mix of plug in hybrid and pure electric (BEV) vehicles. There is zero chance that Toyota will throw away the Prius brand identification that they have spent decades to develop that links super economical, clean running and reliable electrified cars to Toyota and the Prius name. But it totally makes sense that they would extend that iconic Prius brand identity to BEVs and PHEVs alone.
Kuhndawg wrote on November 17, 2019 - 8:28am Permalink
If sedan sales are falling, they should get rid of the sedan (Corolla). I would be really disappointed if they got rid of the Prius which has so much more utility than the Corolla. More interior room and hatchback practicality. Stupid American car tastes wreck the choices for people like me.
Robert Emery wrote on November 18, 2019 - 1:34pm Permalink
I beg to differ my family has had Prius for many years they had different yr models , just bought a 2020 Toyota Corolla yes there is a difference on hatchback, you say Prius is more roomier dont think so the new 2020 Corolla has much more to offer on top of that prius has a history of there on board screen display going out after few yrs price to replace is 3k.. if anything Toyota has made Corolla hybrid a better designe.
MC wrote on November 17, 2019 - 9:48pm Permalink
I actually test drove the Corolla and the Prius recently with my wife and we both walked away disliking the Corolla. It felt small and cheap where the Prius AWD was like a frugal Swiss army knife. Capacity, mileage, and we liked interior more. The Corolla is just the cheaper model and that's is all I can give it. If we consider business fleet sales the Corolla might win on that, but I'd skip over it for my use.
Nerdworx wrote on November 18, 2019 - 8:10am Permalink
All valid points, but the Prius brand is huge and synonymous with hybrid. Killing it while it is still strong would not make sense, in the future maybe, but no time soon. On top of that you now have different variants of the Prius.
JimboPalmer wrote on November 18, 2019 - 6:18pm Permalink
Three reasons NOT to quit selling Prius. Brand name recognition AWD Prius Prius Prime The Corolla does not 'mean' hybrid, has no AWD, and does not plug-in.