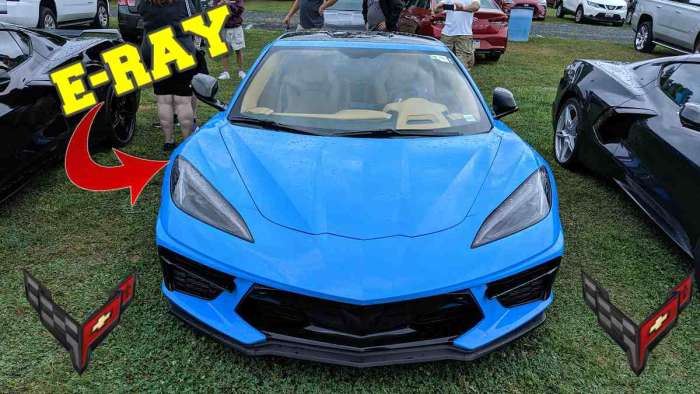 The 2020 C8 Corvette has really taken performance to another level but it doesn't seem GM is done propelling this car into the future. This might just be the same hybrid C8 Corvette that was rumored a few months before the Stingray's official reveal.
Advertisement

The C8 Corvette has been spotted recently in Colorado sporting some camo once again. This is strange especially since the car has already been fully revealed so what else is GM hiding from us? Each one of the camo cars has some additional connectors coming through the front and rear quarter-panels that have Corvette enthusiasts talking about a hybrid setup. This has been rumored more than once with the possible C8 Corvette ZR1 being a hybrid but also more recently as a stand alone "E-Ray" that is equivalent to the current base model Stingray.

By now I am sure all of you have seen or even owned a hybrid of some kind, it's all the rage nowadays. The Corvette has always been a big V8 engine with massive horsepower but that may be changing with the introduction of a hybrid setup into the C8 Corvette lineup. Originally this was rumored as a C8 ZR1 only option but now GM has talked about making a hybrid Stingray option and patented the name "E-Ray" to go along with it.

The fact that these C8 Corvette mules are still wearing the camo and the fact that they have plugs sticking out of the front fenders tells me this is something new. There is no reason for GM to be outfitting the 2020 C8 Corvettes with camo any longer since the car has been fully revealed (other than the convertible C8 Corvette). None of the previous camo cars had any electrical connectors visible outside of the fenders which really tells me this is a new feature. 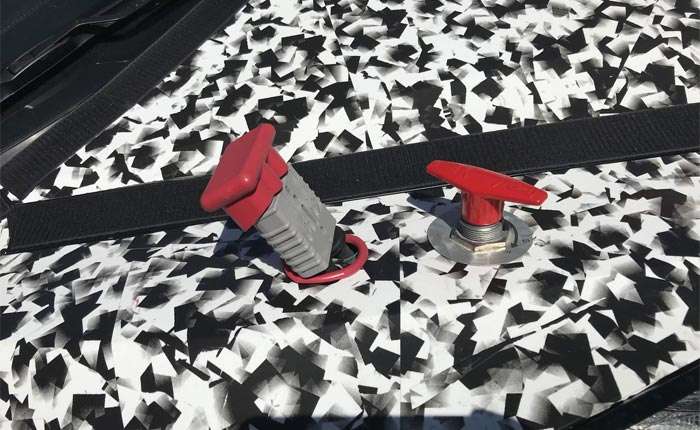 The person who snapped some of the pictures of the cars with the electrical connectors present stated that the vin numbers of the cars lead him to believe it's going to be a 2021 year car as well as possibly having a different engine setup due to variations in the VIN. A Corvette Forum member stated "2020 LT2 is 4 in the VIN. These look like they have an engine code of 7. The model code is YC rather than Y7 (base) or Y8 (Z51)."

As of right now the only option available for the C8 Corvette is the LT2 engine with 490 or 495 horsepower. A hybrid option is not yet available so these cars are very likely the next iterations of the C8 Corvette and will further push Chevrolet and Corvette into the future upon arrival.

See you in the next story where I am showing how the 2020 C8 Corvette Ride height can be adjusted in a similar way to previous generation Corvettes.

DeanMcManis wrote on September 10, 2019 - 4:03am Permalink
I think that one of two things are probably going on. First would be the upcoming Zora Corvette, which might have a twin turbo V8 plus an electric motor driving the front wheels. Many of the world's hypercars today have this setup because it provides seamless AWD power, adds lots of torque, and reclaims energy during braking that can be made available for quicker acceleration later. What better way is there to have 1000HP and actually be able to put that power to the ground? Another possibility is that this is actually a Cadillac electric performance/luxury car based on the Corvette's chassis (see Cadillac Cien). Cadillac was designated to lead GM into a new age by offering the new line of electric vehicles that would compete against Tesla and other premium European automaker's EV offerings. Either way it is good to see these EV clues on their test models.
Justin Nohe wrote on September 10, 2019 - 7:06pm Permalink
Definitely agree. It's pretty awesome to see GM stepping up to the plate when it comes to the new Corvette.
DeanMcManis wrote on September 11, 2019 - 9:34am Permalink
Definitely, kudos to GM and Chevy for aiming even higher (to hypercars) for their performance, design, and engineering goals, but still maintaining their price/value advantage. It's a winning combination that gives them a competitive edge.

Tsingshan's Threat to Tesla: EV Maker Is In Battery Crosshairs
Tesla-Funded Research Reveals One of The Biggest Mysteries of EV Battery
END_OF_DOCUMENT_TOKEN_TO_BE_REPLACED