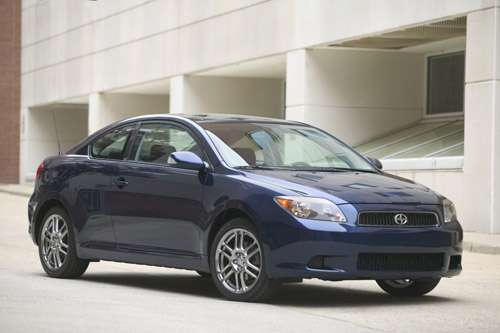 Toyota won an "unintended acceleration" case in New York against an emergency-room doctor who claimed that his 2005 Scion tC "suddenly and without warning accelerated", not stopping until it hit a tree. Toyota countered that Dr. Amir Sitafalwalla stepped on the accelerator instead of the brake.
Advertisement

Sitafalwalla's lawyers based their case on several factors, that the unsecured floormat shifted, bunching up under the accelerator and causing it to stick open, that it lacked a brake override system that would close the throttle when the brake was applied, and that there was a flaw in the electronic throttle control system (ETCS) that caused the car to accelerate.

"As soon as he attempted to place the vehicle in park--voom--it took off," George Statfeld, Sitafalwalla's attorney told the jury.

Toyota countered that there was no evidence the floor mat had interfered with the pedal, and that in 2005 no override system existed and that anyway it wouldn't have made a difference in this case. The automaker claimed that in instances of throttle misapplication, fatigue is often involved. Sitafalwalla had just finished a 12-hour shift before beginning his drive home in his Scion.

In contesting Sitafalwalla's claim Toyota's lawyer said in the opening statement, "We're here because Toyota Motor Sales firmly believes that there was no defect in this car."

Toyota's case had been bolstered by a study by the National Highway Traffic Safety Administration and NASA scientists that had exonerated Toyota electronic engine control systems.

"We enlisted the best and brightest engineers to study Toyota's electronics systems, and the verdict is in. There is no electronic-based cause for unintended high-speed acceleration in Toyotas," Secretary of Transportation Administrator Ray LaHood said at a press conference in February.

During the weeklong trial, Sitafalwalla's primary expert, Dr. Anthony Storace, backed down from his assertion that throttle system had been a factor, saying he had no basis to support that claim.

Toyota has been under intense scrutiny as a result of hundreds of similar claims across the country, including a federal lawsuit in California that is combining a number of suits against Toyota. Sitafalwalla's claim was not included because his suit was filed before the other cases were filed. Sitafalwalla's trial was held in U.S. District Court in the Eastern District of New York.

The jury deliberated about 45 minutes before reaching its verdict.

The case is important in that it sets a precedence for similar suits against Toyota.

"We believe that this case sets an important benchmark for unintended acceleration litigation against Toyota across this country, as it clearly demonstrates a plaintiff's inability to identify, let alone prove the existence of, an alleged electronic defect in Toyota vehicles that could cause unintended acceleration," Toyota said in a statement following the verdict.