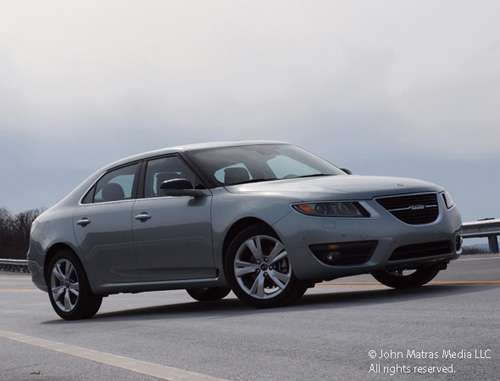 The assembly lines are rolling again in Trollhattan as Saab restarted production after a month and a half of sitting idle, thanks to an influx of cash from a 1,300 car order from Pang Da Automobile, the current Saab suitor from China.
Advertisement

About 100 Saab automobiles will be built today in the first day of production at the Swedish manufacturer since April 6. Victor Muller, CEO and chairman of Saab Automobile, was on hand as the first cars, a silver Saab 9-5 Aero XWD and an orange Saab 9-3 Convertible Independence Edition, were driven off the end of the assembly line.

"This is a great day for our company and it is great to see the plant running again," said Muller. "We have gone through a rough patch in recent weeks, but Saab is back in action again."

That "rough patch" brought the company close to the precipice. Muller had earlier characterized the production stoppage as a run on the bank, the result of a Saab's inability to meet a single supplier's cash on delivery terms demanded in light of Saab's precarious financial status, leaving a delivery truck sitting at the gate and sending the always hovering Swedish reporters dashing off stop-the-presses stories to their respective publications. That was immediately followed by other suppliers refusing to deliver or demanding immediate payment of commercial credit accounts, all resulting in the Trollhattan assembly lines grinding to a halt.

After one Chinese savior withdrew its offer for reasons not wholly clear, Pang Da stepped in with a binding offer to buy 1,300 Saabs with an upfront payment of €30 million, enough to meet current obligations. Pang Qinghua, CEO and chairman of Pang Da, was on hand to witness cars coming off the assembly lines.

Muller was quick to credit Saab's "fantastic suppliers who worked so hard with us to make this happen," suppliers, one might note, who likely had much to gain with a successful Saab and investment to lose should Saab go under.

In addition to Saab being able to meet current obligations, Saab is banking on a full slate of production, with a worldwide total of 6,500 cars--including the 1,300 from Pang Da--from the Trollhattan factory alone. Another total of 1,600 vehicles from GM's facility in Mexico, the Saab 9-4X, is sold out for the rest of the model year and, according to Saab USA spokesperson Michele Tinson, has not been affected by the shutdown in Sweden. With the Saab 9-4X, Saab's total order bank is 8,100 cars. "After summer", said Muller, "we start delivering the much-awaited Saab 9-5 SportWagon to customers."

Gunnar Brunius, Saab Automobile's vice president of purchasing and manufacturing, sought to defuse future stories in the press about potential spot shutdowns by saying, "Given the complexity of re-establishing our supply chain there will most likely be some hiccups during this start-up phase, but we will work hard together with our suppliers to minimize any disruptions to production in the coming weeks."