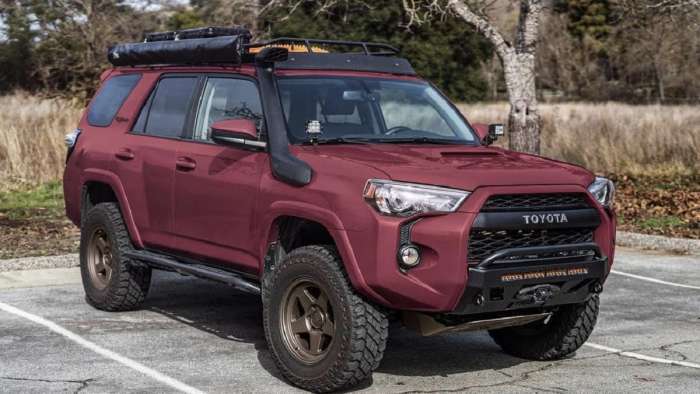 Would You Buy a 2022 Toyota 4Runner in Black Cherry?

Will you be happy if Toyota announces Black Cherry as its Toyota 4Runner TRD Pro color for 2022? Tacoma, Tundra and Sequoia fans might be interested too.
Advertisement

Toyota should make an official announcement revealing its TRD Pro color for 2022 within the next couple months. If history means anything, Toyota made the big reveal on July 8, 2020 announcing Lunar Rock as the 2021 color.

We should find out sooner than later.

There is a lot riding on this decision. Toyota obviously wants its choice to be popular. Potential owners thinking about upgrading want it to be attractive and appealing as well. 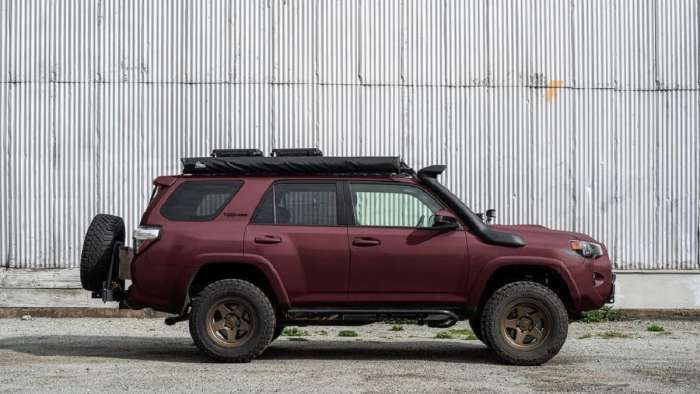 Toyota 4Runner is not scheduled to be redesigned for 2022 model year. We will see some changes, though.

4Runner Venture and 4Runner Nightshade grades will be discontinued. A new trim level will replace them.

I am unsure if there will be any other upgrades for 2022 4Runner. It would be nice if Toyota added blind spot monitor to its entire lineup. A guy can hope at least.

As for the 4Runner TRD Pro color, there are several rumors circulating. I am addressing these rumors by writing a weekly article focusing on a different specific color.

Last week, I wrote that there is a good chance yellow could be the announced 4Runner TRD Pro color. I have spent the last week imagining a Tundra, Tacoma, 4Runner and Sequoia in “Supra Yellow.”

Imagine Jim Carrey in Dumb and Dumber. “I like you A LOT.” I feel the same way about 2022 4Runner in yellow.

Previously I wrote about the potential for lime green to be the choice. This week, I am targeting the possibility of a black cherry 2022 4Runner. 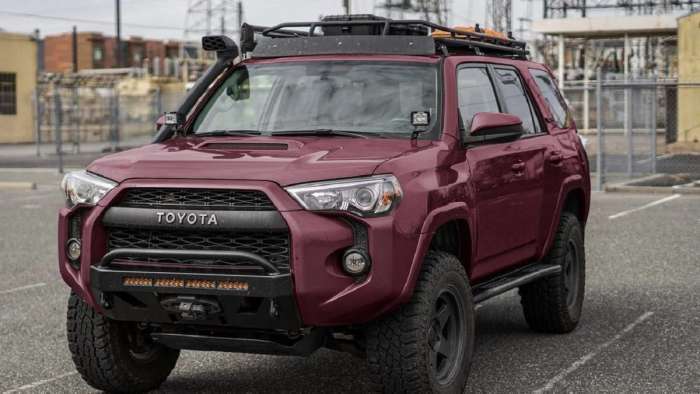 Black cherry is one of the colors I have been personally lobbying for. As you can see in the provided pictures, this shade would be both cool, interesting, “not boring,” and would attract plenty of attention.

The other color I have wanted for the last two years is yellow.

Time for your thoughts on Toyota 4Runner

Just for the record, I do not think black cherry is the selected color for 2022 TRD Pro. However, I am covering all rumors and bases here.

Whatever the final choice for Toyota Tundra and Tacoma and Sequoia and 4Runner, I am sure it will prove to be popular.

Army Green Toyota trucks and SUVs were on a major (get it, major) waiting list during 2020 model year. Lunar Rock is so popular now that many people will miss out on getting their 2021 4Runner TRD Pro due to low supplies and huge demand.

What do you think about the possibility of black cherry on your next Tundra? Or 4Runner?

If not these colors, then what would be your choice? Lime green maybe?

Thanks for reading everyone. See you next story when I discuss more stories from buyers about frustrating RAV4 buying experiences.