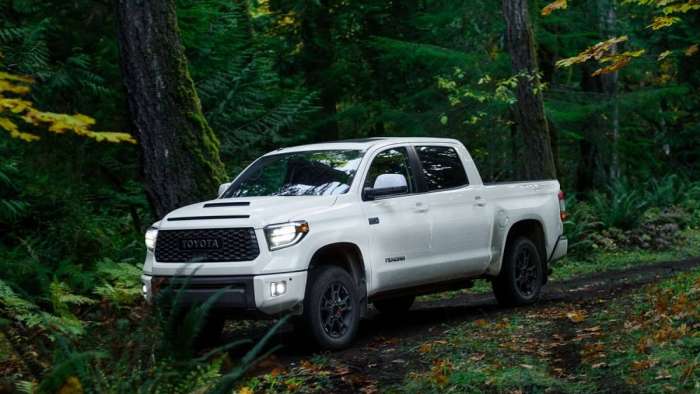 Why the 2020 Toyota Tundra Has Truck Buyers Seeing Army Green

The 2020 Toyota Tundra is ready to hit dealerships next month and Army Green is the color turning heads already. Find out why.
Advertisement

Lately it has become a tradition for Toyota to release a new color exclusive to the Toyota TRD Pro lineup. This year is definitely no exception. Ladies and gentlemen, meet Army Green.

Line up to get your 2020 Toyota Tundra Army Green

Toyota Racing Development (TRD) is Toyota’s performance wing dedicated to delivering incredible performance both on city streets and stretches of highway, as well as off-roading on the toughest of terrain.

You will find the TRD Pro lineup in full force this fall with the 2020 Tacoma, 4Runner, Sequoia and the Toyota Tundra filling out this impressive roster. The 2020 TRD Pro exclusive color for all 4 Toyota trucks and SUVs is Army Green, and truck enthusiasts are lining up to get theirs as soon as possible. Especially for the 2020 Tundra.

What do the People Say About 2020 Tundra Army Green

I hear plenty of feedback every day from both my Torque News readers and my Toyotajeff YouTube channel viewers, and the word is most definitely out about this brand-new color turning heads and causing waves.

“Toyota nailed it with Army Green. I need this!” Said one YouTube viewer. 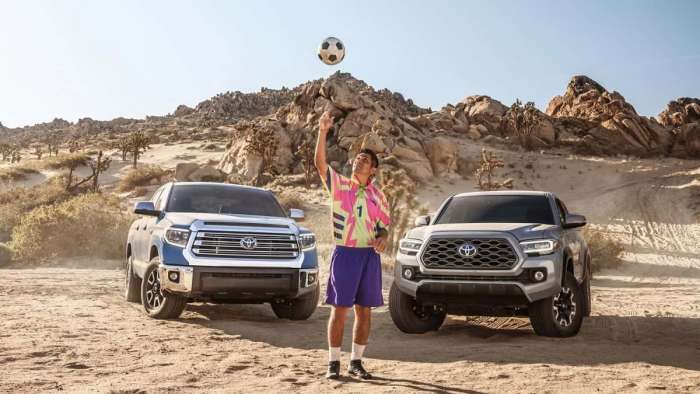 One reader plans on being among the first to get his hands on the new 2020 Tundra TRD Pro. “I want to be the first one on Atlantic Beach to have the Army Green TRD Pro.”

“When can I order the Army Green?” Asked one anxious 2020 Tundra buyer.

What is the real take home message about 2020 Toyota Tundra

There is more excitement this year for one single color choice than at any other time I can remember in the 15 years I have followed Toyota vehicles. A 2020 Tacoma TRD Pro. The all-new 2020 Sequoia TRD Pro. A 2020 4Runner TRD Pro. And the 2020 Toyota Tundra TRD Pro. Now THIS is a formidable collection.

This leaves us with one lingering and burning question. You have decided on Army Green as your color choice. Now how in the world will you decide which Toyota truck or SUV to buy?

Thanks for reading everyone. Do you have your eyes on a Tacoma, a Tundra, a 4Runner or a Sequoia in the next year? Will you consider Army Green for you and your family?

See you next story where I am discussing the 2020 Toyota Tundra TRD Pro color choices.