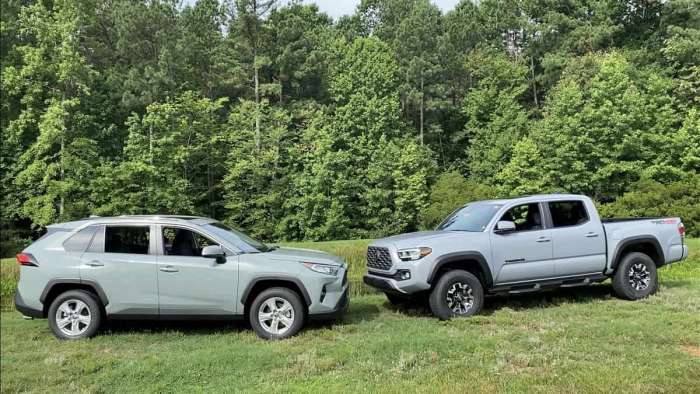 The 2021 Tacoma and other popular Toyota TRD Pro models have a new exclusive color. See how it compares with a previous TRD Pro color.
Advertisement

I recently wrote about Toyota’s new color for its 2021 TRD Pro models. These are the shades that give TRD Pro trucks and SUVs their identities. They must look tough and rugged and beastlike.

Yes, this is the color that will join the ranks of other TRD Pro colors such as Inferno Orange, Cement, Quicksand, Cavalry Blue, Voodoo Blue and Army Green.

This year’s color has been officially chosen.

Fans of the upcoming 2021 Tacoma and 2021 Tundra and 2021 4Runner and 2021 Sequoia TRD Pros have been waiting to find out if they will upgrade or not. A lot of this decision making could be based on this new color.

Lunar Rock is the choice. 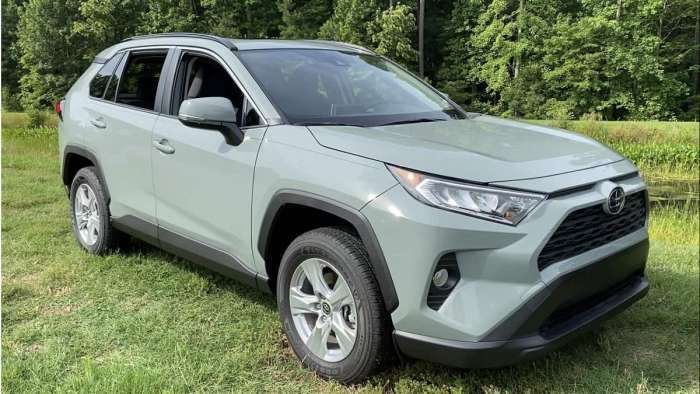 I would say Lunar Rock is a mixture of several shades. Go to Home Depot paint department and ask them to mix some paint for you. Tell them to add some green and some cement and some gray and maybe even a splash of silver.

It probably would not come out quite like I am trying to describe, but hopefully you get the idea.

RAV4 wears Lunar Rock nicely. But can Toyota Tacoma and others do it as well?

Comments on 2021 Tundra and friends

People all over the world had thoughts on Lunar Rock for their new 2021 Tundra and 2021 Tacoma. Of course they had things to say about 2021 4Runner.

Many people seemed to like this choice. Others felt Lunar Rock looks too similar to Cement, which was Toyota’s TRD Pro color in 2016. 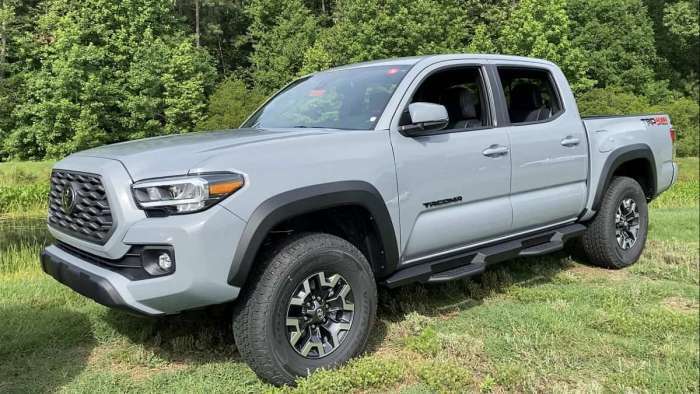 YOU MAY ENJOY: 2021 4Runner Trail Edition brings the return of a new color - Cement.

AB wrote. “I don't like any shade of silver or light gray on a vehicle. Especially a truck! That special color on the TRD's should be a color you can't get in any other year model of any Toyota either. A real eye grabber.

“It’s a waste because it’s basically a lighter version of cement.” Thinks Nathaniel.

VIDEO: Compare Lunar Rock and Cement together in my video review.

James and his family have a new purchase. “My wife just bought a lunar rock RAV. I think it’s pretty sweet.”

Jodie wrote. “Was hoping they would put this on their trucks. This is my next Toyota 4Runner!”

“Tacoma might just pull lunar rock off. But I need to see it first.” Added Brian.

Time for your thoughts on 2021 Tacoma 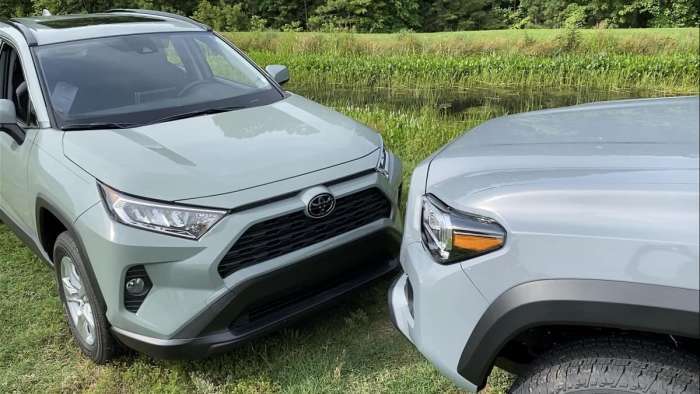 So what do you think of Lunar Rock as the choice for new TRD Pro color? Would you rather see it on a 2021 4Runner or Tacoma or Tundra or Sequoia?

Thanks for reading everyone. See you next story when I talk about 4 must-see features on the new 2021 Venza.