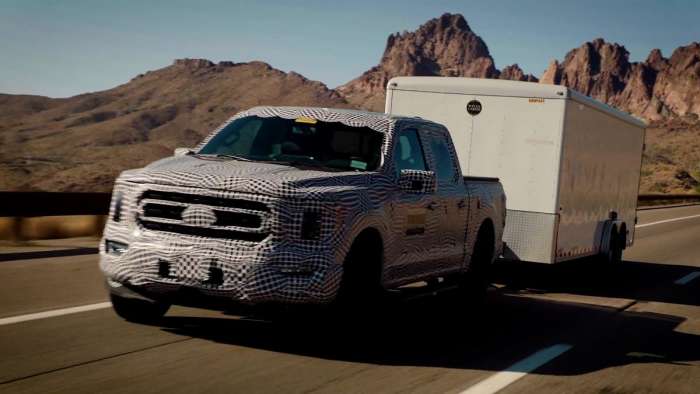 How Will Next-Gen 2022 Toyota Tundra Compare to Ford PowerBoost?

One of the most eagerly awaited Toyota redesigns in years will be here by the end of this year. 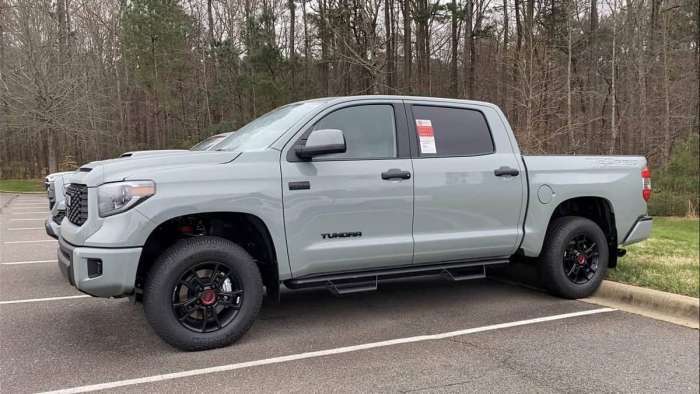 The new 2007 Tundra proved to be incredibly popular with truck fans when it was first introduced. It was even named “Truck of the Year” immediately.

For the last 15 years Toyota Tundra has proven to be reliable, dependable and trustworthy for owners.

Now we look to the future. We can even call it the near future at this point.

Soon the 2022 Tundra will be officially announced. Details could not come soon enough, though, as Toyota and truck fans are anxiously awaiting for specifications to be released.

Toyota will offer both a gasoline-only Tundra and Tundra Hybrid. Expected release date is by end of 2020 for all-new Tundra. I would not be surprised to see Tundra Hybrid by early spring, but that is just guesswork on my part.

Further research shows the Ford F-150 PowerBoost mpg is less than speculated above, but it is still strong. I will now dig a little deeper into the world of Ford F-150. 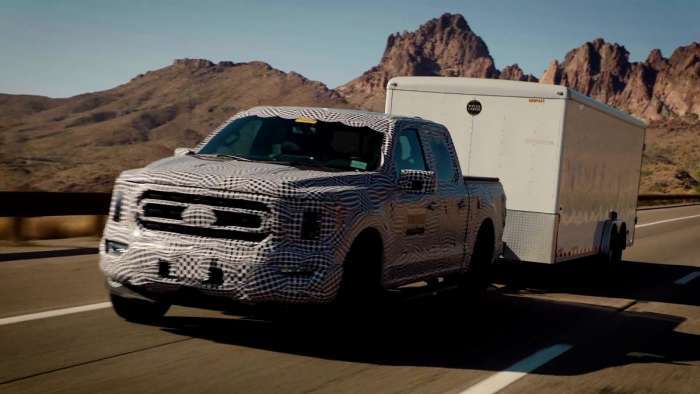 According to the Ford.com website, Ford PowerBoost is impressive when looking at several performance specs.

What about towing capabilities, you ask? Ford F-150 PowerBoost is capable of a maximum tow capacity of 12,700 pounds. Plus, look for an available payload rating of 2,120 pounds.

Fuel estimates are strong. A 4x2 Ford PowerBoost is rated at 25 mpg city and 26 mpg highway, giving drivers 25 mpg combined. The 4x4 has a combined 24 mpg.

This Ford 4x4 PowerBoost can travel up to 700 miles on one tank of gas. This is partially due to its 30.6-gallon fuel tank.

Again, details are not available yet from Toyota. I will write this next section based on social media chatter, rumors and speculation - since it is all I have at this point.

Thanks for being so secretive Toyota. Maybe I need to hire Scooby-Doo and the Mystery Gang. I just wish Velma would not constantly lose her glasses. So hard to solve crimes when everything is fuzzy. But I digress.

We should even see a longer-bed Tundra CrewMax. We have spotted pictures of this undergoing testing.

This is an important launch for Toyota.

The automotive powerhouse has proclaimed their goal of manufacturing 40% of all vehicles to be hybrid or alternative fuel vehicles by the year 2025. This is just four years away. 70% of all Toyota cars, trucks, and SUVs will be hybrid or other by 2030. Mind-blowing.

That is a gigantic goal and a dramatic (the most dramatic one yet, according to The Bachelor) change in direction within the next 10 years. Look for more Toyota plug-in hybrid electric vehicles (PHEV), battery electric vehicles (BEV), hydrogen fuel-cell vehicles, and traditional hybrids than ever.

Will 2022 Toyota Tundra Hybrid match performance specs of 2021 Ford F-150 PowerBoost? Or will it beat one or more criteria? We will all find out soon.

This is my question of the day for you: what will it take for you to consider a 2022 Toyota Tundra? Do you feel a Tundra Hybrid might be for you?

What is most important to you in a full-size truck: horsepower, torque, payload, towing capabilities, fuel efficiency, or is it something else?

Thanks for reading everyone. See you next story when I discuss the 2021 4Runner trim people are worried about missing out on.

LG's New EV Battery Plant Is a Welcome News for Tesla
Tesla Giga Berlin's New Hurdle: It's Not Only the Gov't, but Now Tesla Itself
END_OF_DOCUMENT_TOKEN_TO_BE_REPLACED