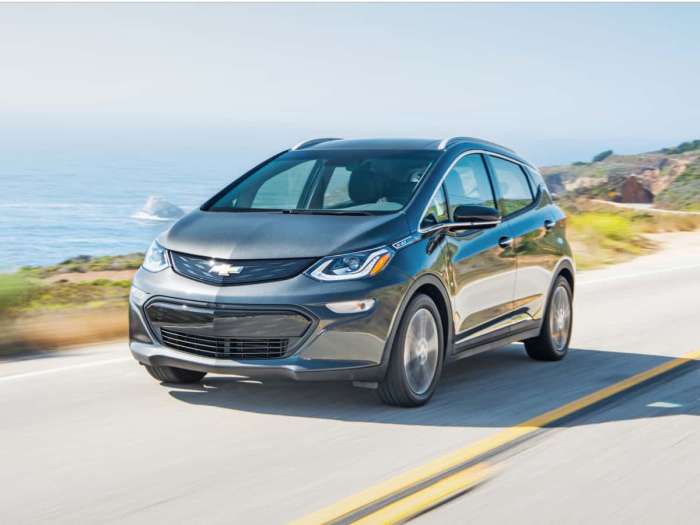 What Comes After Chevy Bolt: There’s an Electric GM in Your Future

GM’s race for 20 electric cars by 2023 is underway with two concept cars that most likely will go into production. They’re both Chinese Buicks, for now, one is a wagon, the other, an SUV with the potential to become something so much more.
Advertisement 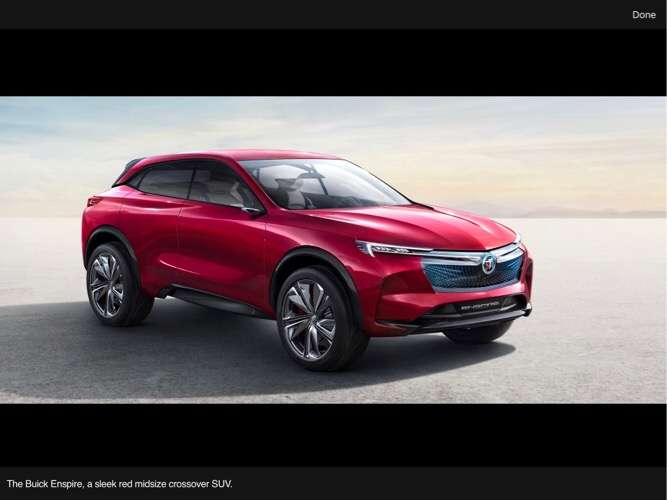 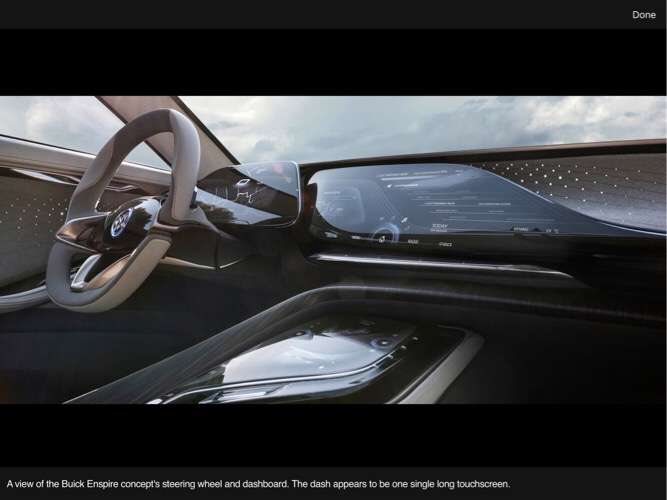 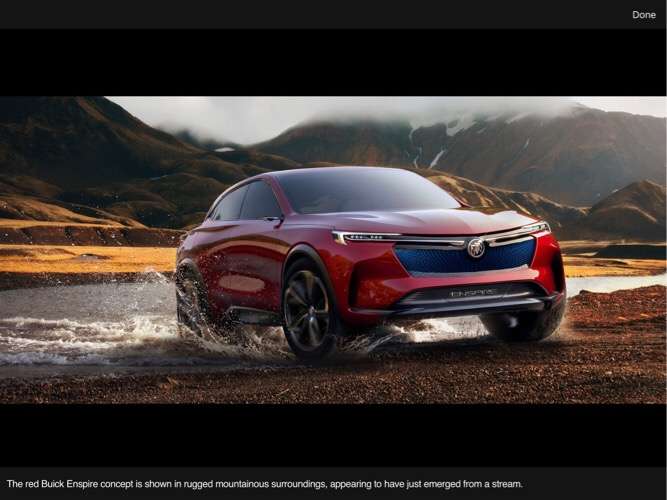 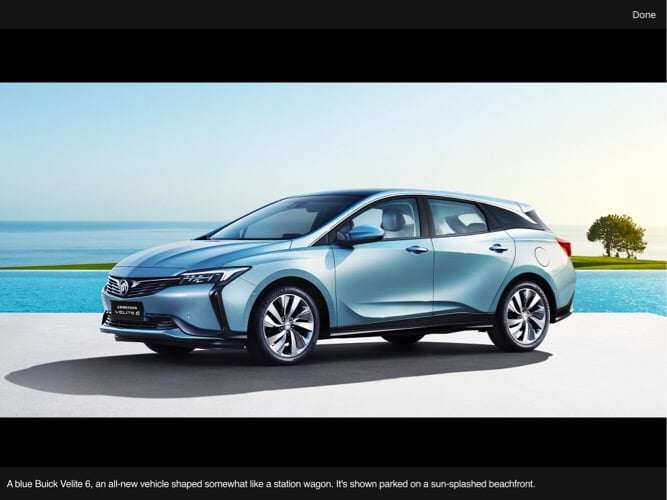 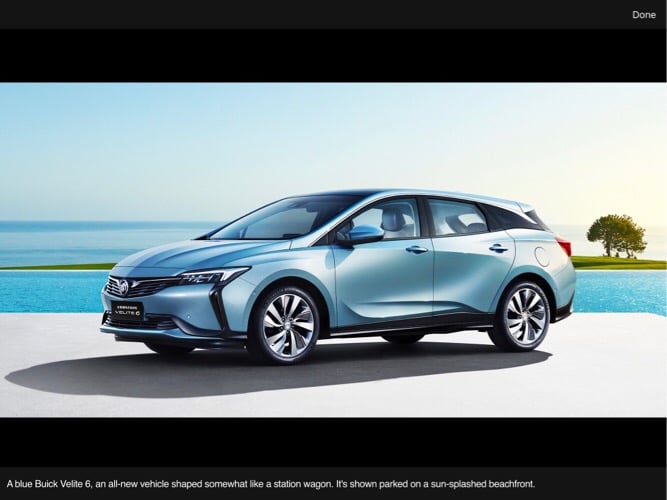 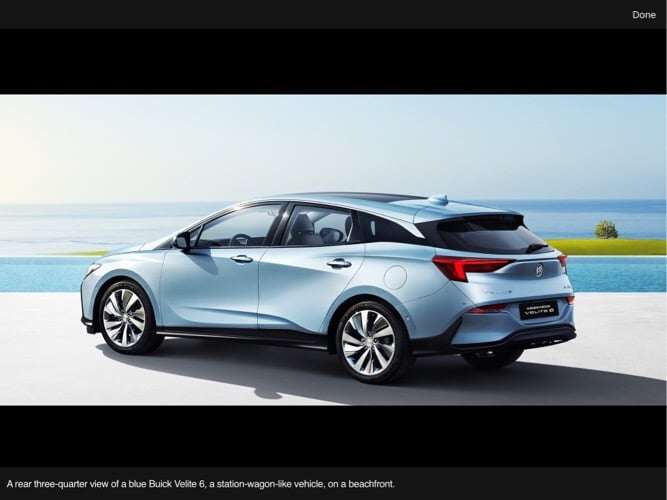 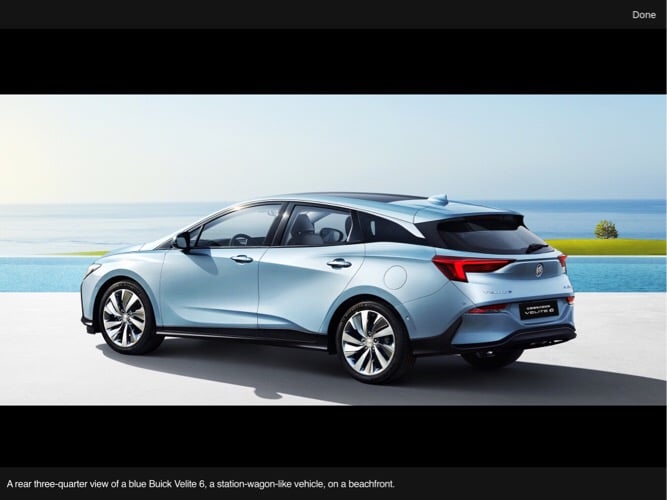 At this year’s Beijing Auto Show GM reveals two electric vehicles that give a telling glance of what to expect beyond Chevy Volt from the one day soon avowed all-electric automaker.

Later this year GM plans to unveil the first of about two dozen all electric or electric type cars that are being developed globally. Most of these models are geared for the Chinese market, but you know that at least a few of them are going to be built and/or sold here in the US. GM sells a few hybrids under its various brands worldwide, but for now its sole signature BEV it shares with the world in different versions, variants, and brands, is the Chevrolet Bolt, which it has recently increased production to keep up with demand. GM is now looking to expand its electric portfolio worldwide. The next two cars are going to be lessons learned from Bolt and Volt to use present platforms and Volts battery technology. And the two cars below turns the page in GM history with a new purposed EV platform and new battery technology.

TorqueNews Editor in Chief Armen Hareyan makes the case for both these vehicles to come to the US here. But in this article, in light of the recent arrival of the European super electrics, I make the case why the SUV Enspire should become a Cadillac then come to the US to fight the new electrics, and yes Tesla.

GM in your future

The next GM in your future will take a two pronged approach to zero emissions sustainability: either through eventual all BEV electric, or using hydrogen fuel cell electric, according to GM’s statement on its EV plans. GM has a new EV dedicated platform for this plan, and the platform seems to be able to use hybrid technology on it as well, as some of the first few models coming out have a hybrid and a BEV version. What this platform also promises by GM, little that we know of it, and so they say, is that it will finally make the electric car profitable, something that has eluded GM with its electric vehicle programs for decades. These two cars I’m about to show you, one definitely, the other, are very likely for production. Both of these cars sit on the new platform, and uses GM’s latest battery technology, to be made at GM’s new state of the art facility in Shanghai, China.

The first car is actually a wagon, and at first glance you might think it’s a Chevy Volt station wagon, but it is not, and it’s a completely different car. China’s Buick has an EV hybrid line as a sub-brand called Velite. The Buick Velite 6 will be the next model scheduled for production later this year, with a hybrid version first, then an all electric “later,” says GM. The PHEV hybrid is supplanted with dual electric motors and a hybrid battery pack with a 1.5 liter 4 cylinder engine with a combined range of 435 miles. No word on the BEV version. The Buick Velite 5 is a Buick version of the Chevy Bolt.

Buick Enspire: the Buick that inspires to be a Cadillac

The other car is more concept than Velite, but it is the more interesting one, and it’s one of those concepts that’s so good you know they’re going to put it or something like it into production. The Buick Enspire is an all BEV with some impressive stats:

My Case for Cadillac

If you look carefully at this list of features and the pictures of the car, you know that this kind of vehicle is too good to pass up for production. I don’t think it’ll become a Buick, because Cadillac desperately needs a high end all BEV SUV more than Buick does right now, and needs one to compete with the recent incursion of European super electrics. You would think that since Cadillac hasn’t been the best at making quality performance luxury gas cars, that they’d develop a knack for luxury low and zero emissions cars, like Lexus took on at the beginning.

Unfortunately, Cadillac has for some reason a disappointing history with electric hybrid vehicles, from the slow and sales sluggish Escalade Hybrid, the PHEV cancelled at the last minute before production SRX, and the sad story of the Converj ELR coupe that nobody wants to drive 2 doors anymore, that ironically the ELR will become a most coveted collector item.

It reminds me of the days back in the 1970s of Cadillac trying to use that aberration of a power plant, the Oldsmobile Diesel engine, that really wasn’t a Diesel engine but they tried to make it one and made it worse. You older folks remember Cadillac V8-6-4? I won’t even elaborate. Here’s Caddy’s chance to bust out with something they haven’t made or done before and a decent chance of not blowing it.

Cadillac: One Big Missed Opportunity With Their Next One in Buick

Having a hearty EV/PHEV program is just another missed opportunity and another reason why, I believe, the Cadillac brand has tanked over the years. But they’re trying and I do love underdogs.

With CEO Mary Barra talking about an all electric Corvette by 2023 (FINALLY JEEZ), or perhaps giving Cadillac an electric performance BEV variant for a sports car, Cadillac needs to expand its BEV portfolio, and this car the Enspire, I think, has a shot to balance the range with an SUV. And its electric drivetrain has the same amount of horsepower as Cadillac’s new hand built 4.2-liter DOHC, twin-turbocharged V-8, rated at 550, so it’ll fit right in. If Caddy is lining up for an electric sports car, they’ll need a BEV SUV to go with it, and here it might be.

So it wouldn’t surprise me if we see this car becoming something perhaps like an EV companion model to something in the Cadillac range like the XT5 midsize SUV to eventually replace it when XT5 cycles out. If this car were set for production it wouldn’t have a go until at least 2 or so years anyway. Motley Fool: “Either way, if GM does decide to build it, we're unlikely to see it in the U.S. or China for at least a few years.”

Good things happen when you wait...

What do you think of the Buick Velite and Enspire? Is the Velite the 21st century Buick Century Estate? Could Enspire become a Taycan killer for Cadillac? Let us know down in the comments section below.

Charles wrote on July 10, 2018 - 8:57am Permalink
As long as there are serviceable older cars with gas engines, I will never have an electric.
Bast Hotep wrote on July 10, 2018 - 11:47pm Permalink
Good for you. Enjoy your eventual $8/gallon gas and fixing the many moving parts. The rest of us will be passing you silently!
Kyle wrote on July 10, 2018 - 8:57am Permalink
Gm has announced it plans to have near as many electric cars as it does gas jobs. GM realized electric is in the future however they aren’t going 100% nor do I feel you’ll see a failed attempt of the past come alive again. Though Gm does enjoy reusing names. Example being that Camaro crossover they call a Blazer.
Al Castro wrote on July 11, 2018 - 9:47pm Permalink
GM CEO Mary Barra has stated her company’s goal is to go all-electric in the portfolio. GM is at various times, the world’s largest auto maker. And with what they’ve spent and invested between AV and EV, I think they’ll do it.
Donald wrote on July 10, 2018 - 9:00am Permalink
GM doesn't do well with electric. We learned this is mid to late 2000s when they had their hybrid SUV program.
Walter wrote on July 10, 2018 - 9:58am Permalink
Cadillac ELR was way too expensive, rebadged Volt that was double the price.
Annamarie Schaerer wrote on July 10, 2018 - 10:04am Permalink
We had a Chevy Volt 2012 for 4 years and are now proud owners of Cadillac ELR, the only one in Switzerland. Both cars are excellent and fullfill the requirements normaly of our dayly use. However the electric range could be a little bit extended. GM announced that they plan to bring the XT4 with the same concept as the Volt and may be as full electric.
Al Castro wrote on July 11, 2018 - 9:55pm Permalink
And that may be that red car above I write about. And that’s excatly what I want to happen. Thanks!
Christopher wrote on July 10, 2018 - 3:04pm Permalink
I disagree that the Enspire, if put into production, should be a Cadillac rather than a Buick. Buick needs good, new product, too and if Buick is the one who came up with this vehicle, let Buick benefit from it.
Al Castro wrote on July 11, 2018 - 9:53pm Permalink
Chris thanks for disagreeing. Don’t mean to be condescending, but you do know these cars all come out of GM’s design studio, that these are GM branded divisions, and GM is the one who tell the divisions what they make and won’t? I hear you about Buick, but Buick China is doing fine and Cadillac USA is not, and that’s GM’s home market, a little embarrassing. And all of a sudden you have electric Jags, Porsches, and Audi’s about town and no steroided horsepower electric from Cadillac to compete with Tesla. Cadillac is the premier brand in the portfolio and they always get first digs. I’m sure GM can actually make both at the same time for both.
Al Castro wrote on July 11, 2018 - 10:00pm Permalink
Well Cadillac just cut loose their CEO and they’re bleeding out. I say the priority is Cadillac, not Buick.
DeanMcManis wrote on July 12, 2018 - 3:35am Permalink
I think that Cadillac is currently building some of their most exciting cars in the brand's 116 year history. But I also think that their pricing models are too high. It may well be that GM will sell the Enspire in the U.S. as a Cadillac, as it is a great fit for the brand here, and that they will promote it in China as a Buick, and Buick is seen as relatively more upmarket in China than in the U.S. It couldn't hurt to sell it as a Buick here too (at a lower price).
Al Castro wrote on July 13, 2018 - 9:23am Permalink
That was Johan de Nysschen‘s pricing structure they also need to get rid of. He believed Cadillac customers weren’t priced high enough . . .