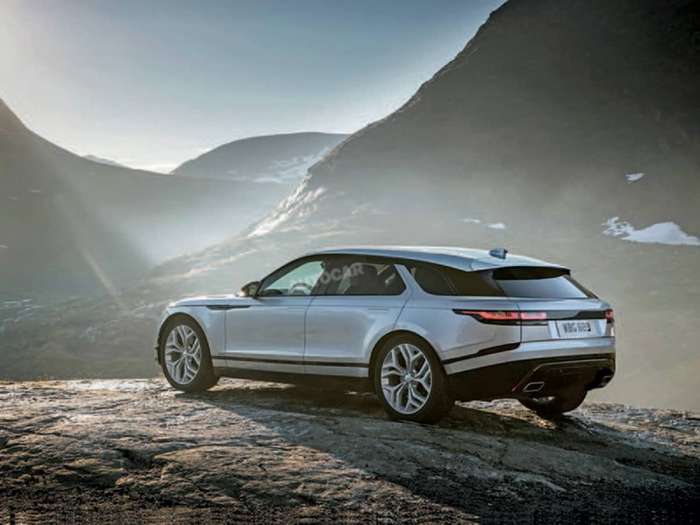 Coming in 2020 is the all new EV Land Rover model called the Road Rover:

What a Road Rover Wagon Will Be

It will be high riding for all terrain driving, AWD, 300 miles of range, with dual motors. The Road Rover will begin as the first model in a Land Rover new range of rugged passenger cars focused around people as opposed to the vehicle and the elements. The car was first rumored to be a sedan companion to her Jaguar sister to make her the first passenger car Land Rover would sell, but it turned out that the car would become a wagon instead, but since its not an SUV it may still qualify. It’s target market is China and the US.

There are many changes coming to Land Rover with an all new or new next generation model to either debut and/or replace an existing model through 2023. The Road Rover wagon will be the luxury bespoke all terrain vehicle maker’s high end flagship Road Rover model, that with other upcoming Road Rover vehicles this will make it a sub-brand, like Range Rover has become as they’ve moved their iconic flagship upmarket to compete with the likes of Bentley and Rolls Royce SUVs.

Road Rovers will become a line of rugged passenger cars that focus more on passenger comfort than negotiating difficult terrain. The Road Rover wagon (CarBuzz says the price will be around $120,000) will sit near or next to the top of the Range Rover lineup with Range Rover SWB (MSRP $87,350), SVCoupe (MSRP $295,000), and the most expensive model on top, the fully bespoke SVAutobiography LWB (MSRP $208,000 and up).

This is a first for Land Rover to offer a non SUV wagon, and an all electric vehicle, but not a first for the name Road Rover. A precursor model back in the 1960s once was made as a prototype in a three door SUV wagon, what would eventually become the Range Rover. Also, back in the 1950s Land Rover once considered using the name as a bridge model between them and the Rover brand. Diehard Land Rover fans consider the Road Rover rollout controversial, as pampering passenger cars with limited terrain capability are considered counter-intuitive, counter-cultural, and counter resistant to the whole present Land Rover experience. Some say it’s the complete opposite of what Land Rover stands for.

There’s a chance the wagon will appear at the 2019 LA Auto Show and go into production in 2020.

What do you think of the Road Rover Wagon and soon coming lineup? Is it a good idea or a bad one? How about the other changes Land Rover is making with Range Rover? Let us know in the comments section below.