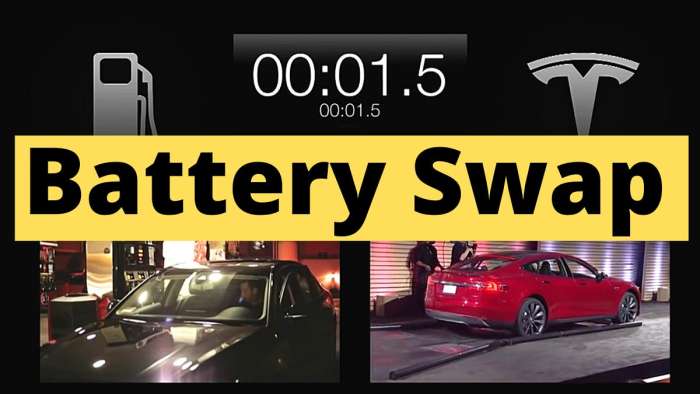 How Can Tesla Battery Swap Work Now After Million-Mile Batteries

Could Tesla leverage their earlier idea of quick-swapping their battery packs with a new added twist of using their upcoming Million Mile batteries?
Advertisement

In 2013 Elon Musk demonstrated a new feature: the battery swap for Model S. With some people complaining (as some are still complaining today) that battery recharging takes too long, Elon demonstrated that they could fully swap out a discharged battery with a fully recharged comparable Tesla battery in 90 seconds. Which is actually less time than it takes to fill the tank with gas in many comparable cars. At the time, the proposed battery swap would cost about the same as you would pay to refill a large gas tank.

Tesla offered this battery swap service in a pilot program for a couple years at a test station in Harris Ranch, CA. which is a busy Inn, restaurant, and Supercharger station midway between San Francisco and Los Angeles. The battery swap pilot program was stopped in 2015 with Tesla choosing to build more Supercharger stations across the world instead.

I believe that the biggest reason why the battery swap idea never took off was simply that batteries are known to degrade over time. Even though a trip to and from LA would have you essentially borrow another car’s battery for 2nd half of the trip, and then you would get your battery swapped back (recharged) on the return trip home. Unfortunately, the idea gets more complicated if you don’t get your own battery back. If you perhaps got the battery of someone who drove their older Tesla hard all the time (and/or put a lot of miles on it) then potentially your car would instantly depreciate the moment that you swapped your newer battery for someone else's older, degraded battery.

This older problem becomes an advantage once you look at battery swaps using the upcoming million mile battery packs. In that case it hardly matters if the battery pack is brand new, or Ten years old. Not only would it extend the value of a new Model S, it would potentially breath new life into older Model S Teslas, and they could even be repurposed into Robotaxis if they had been fitted with the full self driving package. Plus they could be updated easily with the new FSD computer hardware for Robotaxi use as well.

Robotaxis are an obvious candidate for battery swapping because if your Tesla Robotaxi is busy driving all over town while you are at work or at home, then the idea of a 90 second battery swap makes great sense in keeping the car instantly charged up for more driving duty. And the battery swap process could potentially be fully automated.

As for the Semi, which will almost assuredly be fitted with million mile batteries. It could be designed to swap out it’s battery pack on the road in far less time than it would take for a fossil fueled semi to fully refuel, and potentially it could even recharge your rig much more quickly than the upcoming Megachargers will be able to do. Plus, potentially you could buy a 300 mile EV range Semi, and then possibly swap in a 500 mile battery pack for a particularly long distance shipping trek. Leasing the bigger battery for the trip.

For the Cybertruck, it could also be designed with battery swapping capabilities, and you could have battery swapping stations at major parks, travel routes, and trailheads (just as Rivian is planning to add chargers in remote locations) so that you can be full charged in a few seconds before heading up some rocky trail into the wilderness, and then you could again swap in a fully charged battery for the drive home.

For racing, there would be a similarly great possibility of swapping in a 100% charged battery for any drag race or circuit racing event, and then just swap a fully recharged battery back into your car (in 90 seconds) for the drive home.

For apartment dwellers (or other Tesla owners who cannot easily charge at home) the convenience of getting your battery quickly swapped with a fully charged one is a great idea. And for commercial businesses who want to keep their workers happy, they could have a Tesla battery swapping station available to easily give employees the option of having their cars fully charged up without having the wait for the next plug-in charger to free up. I can totally see this service provided by Google or Facebook as an employee perk. 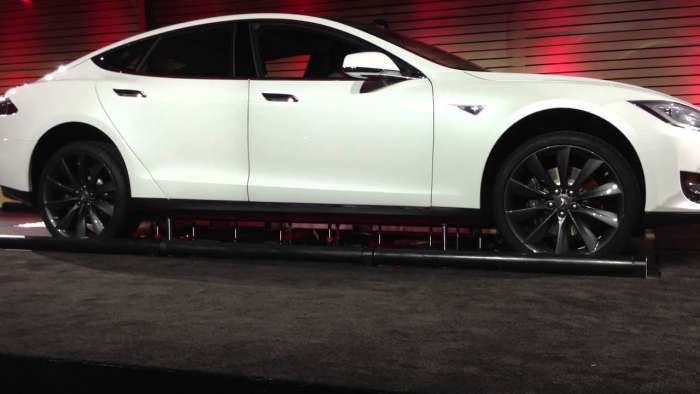 For owners with solar power at home combined with the rumored V2G (vehicle-to-grid) capability, while you are sitting at work or at home, your charged up Tesla could drive to a nearby battery swap station and swap out your battery with another battery with say a 20% charge. And the battery swap station could sell your unused extra power on the grid during peak rate times. Also the battery swap feature could be used in emergencies. The portable battery swap trailer, or battery swapping station could help in areas with black outs by providing a full charge in your Tesla for driving. Or with V2G (vehicle-to-grid) a battery swapped Tesla could help by providing a battery backup for your home during power outages.

What do you think? For the Model S it is very possible, but is it probable? How would this million mile battery swap capability affect new Model S, X, 3, and Y vehicle sales today? Even if it is a beneficial idea, is it too late to redesign the Semi and Cybertruck to allow MM battery swapping (or was it in their design all along?). Can you think of any other potential uses, issues, or benefits that I haven't covered with being able to quickly swap-in a million mile battery pack to a Tesla?