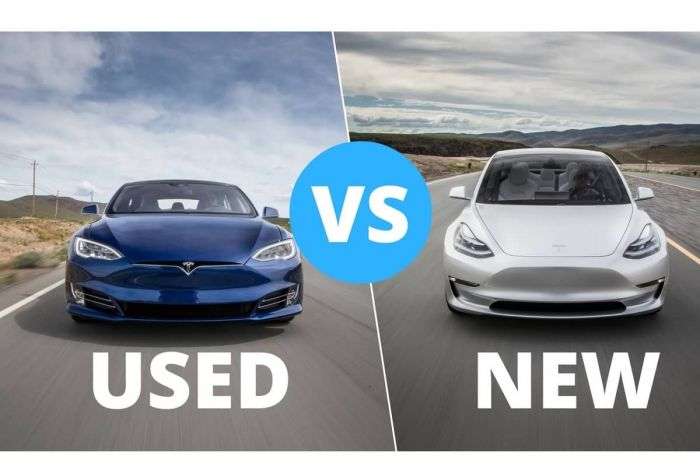 Unable to Decide Between Tesla Model S and Model 3? Here are Some Tips

The two newest Tesla model vehicles, the Model S and the Model 3, have caused a lot of discussion. Many people are wondering which one is better, which one is of higher quality, and which one is worth the money. Their cars are considered some of the best luxury cars, and are given some of the absolute highest ratings in the industry. Reddit is a popular website for people to give each other advice on which cars are the best, and on which model of the two is worth purchasing.
Advertisement

Reddit user “Saralentine” started a question forum, stating that they were unsure of which model, Model S or Model 3, they should purchase. They asked which car is worth the price and which car offers what one should aim to seek in a car.

According to Reddit user “reefine,” if one is concerned more with a car’s technology, then the Model 3’s interface may be better than the Model S’s. The Model 3 also has a larger battery, which means that it has a longer range.

User “pmsyyz” was one of the only users in the forum who suggested the Model S in terms of battery life. They said that the batteries in the vehicle have a higher performance and are easier to cool because of their smaller size.

Overall, it seems, between the two cars, the Model 3 is the one that people recommend the most. Also, check out these 3 stories discussing some similarities and differences between Tesla Model 3 and Model S.

First, surprisingly, Model 3 has five key advantages over the Model S. Second, here are some opinions from the people who have sat in Tesla Model 3 and Model S. See how they compare them. Third, in case you like camping, here is how it feel to sleep in a Model 3 vs Model S vs Model X.

If you know anything about either of the models, which one would you recommend to someone who wants to know which one is worth purchasing? Which one is a better quality car, in your opinion? Please leave your thoughts in the comments.

Jack wrote on February 23, 2018 - 3:54pm Permalink
My non-tech answer: We own both; we love both Tesla Model S and Model 3. The Model S is larger so offers a more luxurious cocoon-like feel while the Model 3 is smaller and feels more sporty (lots of fun on winding roads, never having to touch the brake).
Monil wrote on February 23, 2018 - 3:55pm Permalink
I would not go from Model S to Model 3unless budget is a concern. I went the opposite way from Tesla Model 3 booking to Model S, many reasons but the features on Model 3 do not justify the 60K price tag.
Matt wrote on February 23, 2018 - 3:55pm Permalink
Yes, I did go from Tesla Model S to Model 3. It was the best decision I've made with a car in a while. So much nicer to drive (but I didn't like how huge the S is on the road). 3 is just better designed in so many ways. Yes, the S is better in a few ways, but in the opinion of me and my wife, the 3 wins.
Joe wrote on February 23, 2018 - 3:57pm Permalink
We have both: Model 3 and Model S. The tech on Model 3 is more efficient than on my 2015 S85, but we love them both. I have ordered anew Model S 2018 too.
Brahm wrote on February 23, 2018 - 3:57pm Permalink
For a short time about a month ago I thought about going to a used Tesla Model S. However I have decided that since I’ve waited for the 3 for so long, a couple of more months won’t hurt.
Handry wrote on February 23, 2018 - 3:58pm Permalink
I am seriously thinking about switching from Tesla Model S to Model 3. I love the new tech compared to my pre AP S. But the Model S is a nice car.
Naa wrote on February 24, 2018 - 8:59am Permalink
We went the opposite. Went down to fashion island on the first day Model 3 was available in showroom. We got to sit in it, play with the controls, check out the space, then test drive the S. Although the Model 3 was nice but a little too small for our numerous road trip and camping outings. Yes, the price difference was there, but once we weighted all the feature that the S has, my wife will be a happy girl.
Lucas wrote on February 24, 2018 - 9:00am Permalink
I decided to keep my Model S rather than go with a Model 3. Why? - S has a hatchback, which is useful when transporting bikes/tvs/etc. - S has the digital display in front of me with the regenerative power display, turn by turn display, music display, etc. - S has an easier to read center display because it is tilted toward the driver - my S has no problems. A Model 3 might have some kinks to work out... - my S has AWD. The Model 3 doesn't yet have that feature - my S does 0 to 60 in 2.6 seconds with Ludicrous mode... - my S has autopilot V1 that works well right now - my S has unlimited free supercharging for the life of the car