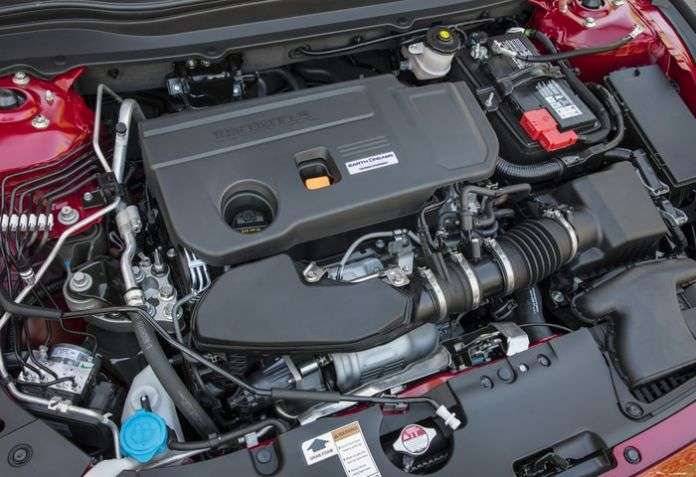 Where did the v6 go? Honda Accord owners want to know

Honda Accord owners everywhere want to know why Honda is scraping the v6 for 2018.
Advertisement

Since the 1982 debut of the Honda Accord in the U.S. its seen many different styles of there inline 4-cylinder. It wasn't until 1995 that the v6 showed up and started to “WOW” Accord fans. Now over 20 years later it looks like the v6 will be taking the back seat to the inline 4-cylinder once again.

Related Story: Looking for a New 2020 Honda Accord With a V6 Engine? Here's Where To Find It

If you are an Accord lover like me and you have an inline 4 than chances are at some point you longed for the power of the v6. Some even wanted it so much that they would go through the trouble of ripping out the 4-cylinder to swap in the 6v. Power-hungry Accord fans have been modifying their engines ever since I can remember so when the v6 started launching in the Accord it changed things, it became the mod.

Sure, you could slap a fancy cold air intake or exhaust on your 4cyl maybe even a turbo or an ECU tune, but all those things could be done to the v6 as well and yield greater results. I too must admit that at some point I wished upon a star that my Accord came with a v6 to play with.

The accord has a long history in the U.S. being the first U.S. produced car from a manufacturer in Japan. Not to mention holding the title for the best selling car in the states many times over. So it seems like we've worked our way up to the v6 and its DOHC power. So now after all this time why are we seeing it fade away?

I would have to say it comes down to the advancement of technology. Everyone wants fuel efficiency, but most don't want it at the cost of performance. We all know gas prices can change without warning. That's why I think they took out the option of a v6 and gave the 4 V a turbo. Even the base model gets a turbo!

I feel they wanted to make it more economical while still providing performance. It also gets a newly redesigned transmission to help all these things come together. So don't despair about losing the v6 in the new accord. It should still be a fun peppy car to haul your family around in with the base model producing 192 horsepower.

Most people (like myself) I would assume want a certain level of fun out of driving their car. No guy wants to buy a minivan they would rather cart their family around in a gas-guzzling SUV of some type just for fun factor alone. With the new Accord, you should get the best of both worlds. Fun and economical plus I got to say I'm excited to see a base model with a turbo.

If you are a Honda Accord owner or an enthusiast please let us know how much will you miss the v6. Please write your opinion in the comments section below. If you liked this article and think it may help your friends, consider sharing or tweeting it to your followers.